The seven holiday karaoke songs that always cause tension and rows 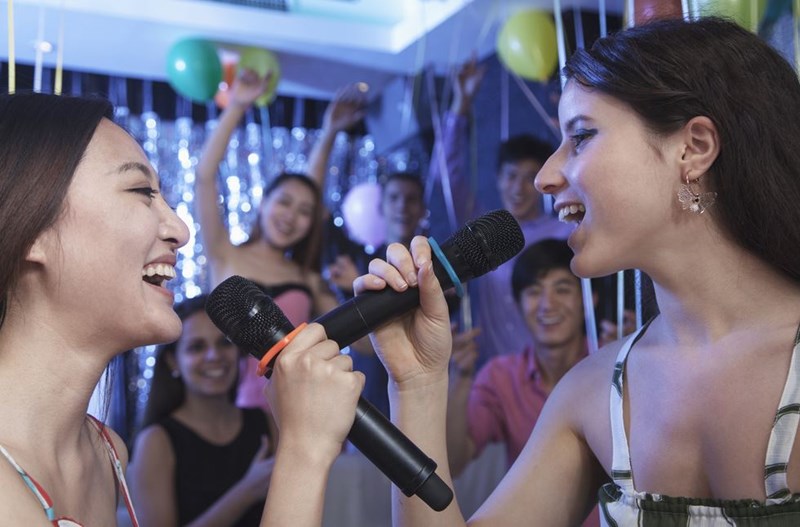 There's nothing quite like hitting a few bars after a hard day at the beach with your friends, family or partner.

And what could round the evening off as splendidly as a few goes at karaoke?

However, when the wine has been flowing and you've been living in each other's pockets for days, some tensions can rise to the surface and be communicated via the medium of song. It never looks intentional - at first - but these seven songs have underlying messages that have a way of riling the people that have to listen to them.

Gloria Gaynor: I Will Survive

Picture the scene; a retired couple have just finished their third bottle of wine and the lady decides that just sitting around talking is 'boring'. Dragging her partner away from a football game, she staggers into a bar, leapfrogs across to the karaoke machine and effectively orders the DJ to play the Gloria Gaynor classic. Looking concerned, he puts it on. The lady grabs the mike and stands in front of her bewildered husband, shouting the song at him, and points her finger in a most aggressive manner when singing the lyrics 'Not that lonely little person who's still in love with you'. She manages to tear her gaze away and deliver the line 'I'm saving all my loving for someone who's loving me' to the barman, though. Complete with salacious wink.

Anything from any musical, ever

You may get away with this is you attempt something from Chess, but as a rule, songs from musicals go down very badly. However, if you can do all the voices from Miss Saigon's 'The Heat Is On In Saigon', you may be onto a winner. Don't ever attempt anything from Les Miserables, no matter how confident you're feeling.

It's too fast, there are too many words, and you just won't manage it. The only thing you'll be able to pronounce clearly is the bit about the government being for hire and nobody, ever, apart from Michael Stipe, can correctly time the part with birthday cake and cheesecake in it. By the end of the song, your gabbling will have driven most people away to the bar, or they'll have slipped off to the toilet.

Somewhere around 10pm, two drunk men will want to perform this, absolutely certain they can get the 'da-da-da dun-diddle un-diddle un-diddle uh da-da' bit right. They won't, of course, and the song will be punctuated by bouts of extra loud bits of shouting, then silence. Towards the end, one will lose patience and attempt to school the other, who won't want to be embarrassed in front of the rest of the bar. Expect some kind of fistfight.

She came on holiday to pull, and nothing's going to stop her - not even a sour-looking partner. This young lady will come back from the toilets with a face full of make-up and perform Avril's 2007 hit with extra wiggling and winking in the direction of her hapless prey. The man will probably want to flirt back, but the cold radiating from his partner's side will stop him. Of course, some people will throw caution to the wind and reciprocate in the most obvious way. You will normally catch these people sleeping on a sunbed outside the hotel later on.

Middle-aged man loves his wife, and doesn't care who knows it. This dreary 1989 hit will be punctuated by a thrush-like warbling and the man will probably sing it with his eyes shut, reaching out towards his stony-faced wife, who will refuse to take his outstretched hand. Essential viewing.

The crowd of drunk girls have been planning on smashing the Grease hit all night, and when their turn comes, they eagerly head to the bar to savage the microphone. The problem will come when they do the 'Well-a well-a well-a huh' bit and they all do the backwards-jabbing-elbow move; someone's ribs will get brusied, they'll fly into a rage, and the song will be ruined by a clear air of bad feeling between the two bruised parties.

Did you buy one of the most Regrettable Holiday Souvenirs of 2015? →