What Alan Partridge has taught us about hotel etiquette 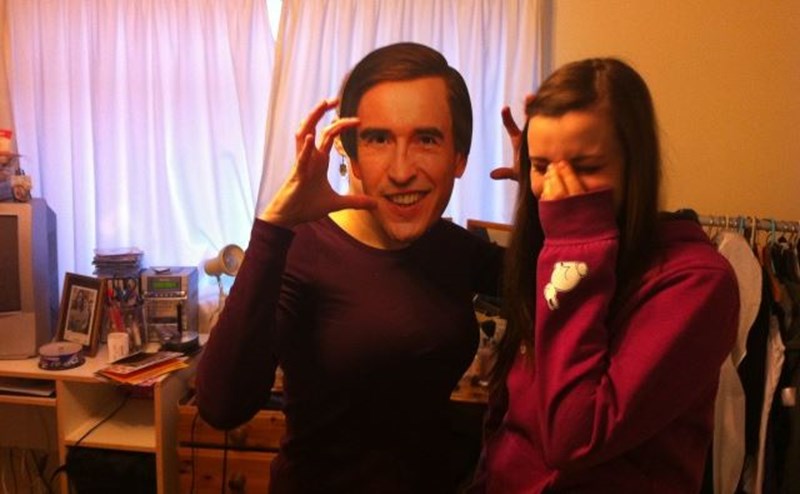 As fans of the much-loved BBC comedy show will be well aware, mishap-ridden radio DJ and Skirmish presenter Alan Partridge stayed in the Linton Travel Tavern after divorcing his wife and accepting the graveyard shift on Radio Norwich.

While he was there, he learned the ins and outs of hotel etiquette - and you too can learn how to conduct yourself to the highest standards.

Taking your own crockery to dinner is frowned upon: The staff may make light of you bringing in your own big plate in order to make the most of the buffet, but secretly, they are quietly laughing at you keeping your 12 inch plate in your room.

The staff aren't that keen on Chocolate Oranges: Want to tip the people who have been looking after you during your stay? That's fine - money will be sufficient. Don't try to charm them with a Terry's Chocolate Orange, especially if there's some superficial damage to the box.

Be respectful of hotel furnishings: Having a laugh with the hotel staff is fine - however, plundering your room for a fancy dress costume is not. Shower curtains will need to be replaced, tungsten-tipped screws aren't cheap and shower caps are meant to be used in the shower only.

Spying on the staff: Let us make ourselves clear - if you spy on the staff, they will get their own back. The next time you want to watch pornography and you need it sorted in a subtle way, they will have their revenge. However, they'll probably be very happy to explain how to angle your mirror just so so you can watch television in the bath. What could be nicer?

Eat in the dining area only: Are you planning a sensual evening with someone special? Maybe you're feeling a bit frisky after a visit to an owl sanctuary? The night is yours - but leave foodstuffs out of the bedroom. The staff hate clearing up unneccessary mess - especially from around the valance. You know, the skirt thing around the bed.

Don't make other guests feel uncomfortable: Who could forget Mike Samson, the man from Acton with the dubious views? It's not just Mike's issues with certain parts of west London that cause him to ruin hotel room parties; he's also incapable of using a lift without his trademark bark/laugh making an appearance. Keep yourselves to yourselves, especially in confined spaces.

Don't use the hotel phone to make a nuisance of yourself: If you need to remind your ex-wife that her new boyfriend's car is inferior or chastise your son for wasting his life, don't use the hotel phone. Look at your schedule and try and work out if you are terribly, horribly bored before making these calls.

Don't sit in the hotel car park to make 'paid conversation' with your assistant: If you're at a loose end, there are plenty of places to meet a friend/assistant who is paid £8k a year and have a chat. The hotel car park is not one of these places.

Columbus Direct take on the Honey Badgers and win 5-2 →