Columbus Direct take on the Honey Badgers and win 5-2 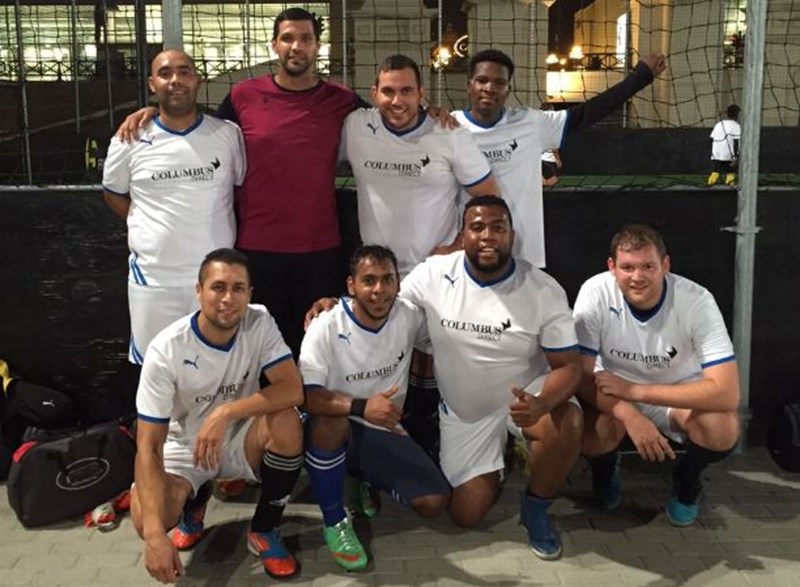 Great news for footy fans - our South African team have done it again.

Despite them modestly reporting back that last night was not one of their 'best performances on the pitch', the team still won 5-2 against the Honey Badgers.

Team Captian Imtiyaaz Fick said: "I think we could have scored a few more goals, but the lack of shooting practice let us down. We will end fifth on the log, and for our first season together, we have done really well - as we came last for the first three games of the season."

The prizes for the match were as follows...

The guy with the brightest boots: Zubair

The guy who almost scored the goal of the season: Lance. On a separate note, Tad chipped the ball into his path and he met it with a sweet volley, only to kick it straight at the keeper

Player’s player of the season: This was a close call, as Tad just beat Stephen by 5 votes to 4

Supporter of the season: Amy (Stephen’s life partner) has not missed a game this season

We'd like to say well done to the team - you guys are becoming quite the contenders. Don't go mad over Easter - we want to see you smash the opposition during your next match!

We'll leave you with this quaint video of a honeybadger in action.

← What Alan Partridge has taught us about hotel etiquette

Double misery for travellers heading to France this week →