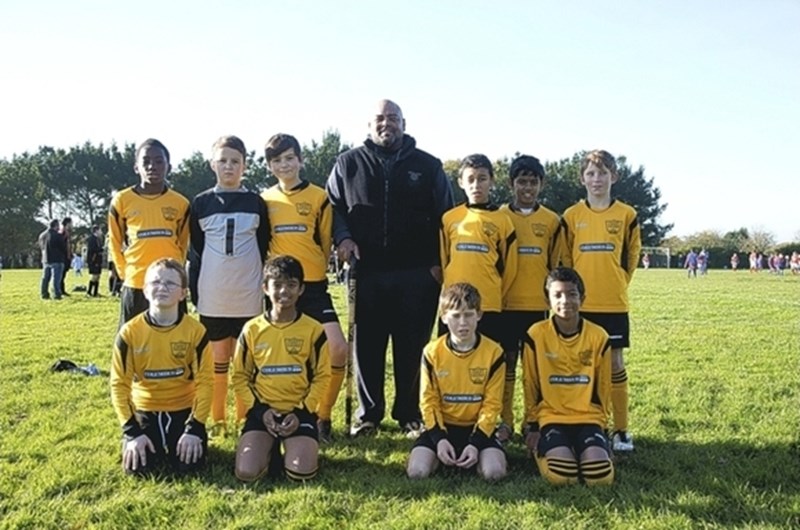 Chairman Bob Clewley is very proud of the work they do, “We let in around 300 children who can’t get into private clubs and have them playing once a week for just £40 a year – we don’t turn anyone away”.

Selsdon Little League had a break-in mid-2013 and the club was trashed, trophies destroyed; the generator was taken along with the footballs, nets and strips. Although initially devastated when they realised they did not have enough money or insurance to replace the items and repair the damage, along with council charges for using the pitches, there turned out to be a silver lining when the club managed to secure more sponsors after the break-in than they had before it.

Mathew Crawford-Thomas, who has two sons in the league, brought up the need for sponsorship to his employer Columbus Direct Insurance who were happy to be able to pitch in, “they said it was no problem and would pay for new strips to be made for the children.”

With an injection of sponsorship, the teams can continue to compete and enjoy the games, exercise and make friends. The Selsdon Little League has even been honoured by the mayor of Croydon recently with Lorna Jones receiving “the Borough’s long service to sport award for her significant contribution to the promotion and development of local sporting opportunities” for her 20 years’ service to the club.

With the charity, passion and sense of community shared by this little league in Selsdon, and the sponsorship from the many companies and Columbus, the club provides all the local children an opportunity to practice their skills and also their sportsmanship.

As Mathew Crawford-Thomas told us, he’s “mostly impressed with the way they handled themselves when they lost, they were down but not out and came back each and every week and played much better as the season progressed. All the parents came”. He was probably proud as punch to see his son win the golden boot for man of the match, and no doubt happy to see all the kids getting a chance to try their best and improve their skills while being cheered on by friends and family. Columbus Direct Insurance are happy to support kids ‘make the most of life’.