This Christmas, Columbus has teamed up with both Rainbow Trust Children’s Charity and Crisis to help raise £1,000 for each charity by Friday 21st December; money which can really help them carry out their valuable work.

To lend your support, simply Like Columbus Direct on Facebook and we'll give a pound to whichever of the two charities you want to support to help us meet our fundraising target – it won't cost you a penny and you could be making all the difference to someone's life this Christmas. 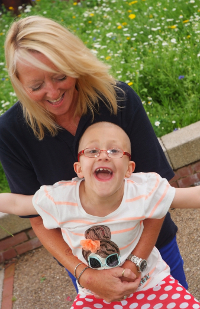 You can help children like Chloe, pictured left, by supporting Rainbow Trust.  Chloe was just five years old when she was diagnosed with a cancerous tumour growing behind her eye. It was causing her to lose her sight. She was told she needed surgery to remove the eye, or chemotherapy to shrink the tumour. Chloe didn’t want to lose her eye so chose the chemotherapy.

Because her mum and dad don’t drive they were reliant on hospital transport, which sometimes left before Chloe’s treatments had finished and she’d have to spend the night in hospital. Thankfully they were introduced to Marlene, a Rainbow Trust Family Support Worker. Marlene provides lots of support for the family including transport to and from her appointments so that Chloe can be at home with her family and doesn’t have to spend another unnecessary night in hospital. 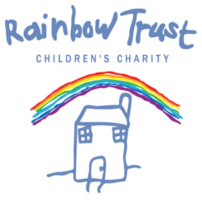 This week, we’ll be finding out more about the valuable support both Rainbow Trust and Crisis provide to some of the most vulnerable people at Christmas.  To start making a difference today, head over to ColumbusDirectUK on Facebook and click the Charity fundraising button.

← Christmas Markets Shop till you drop