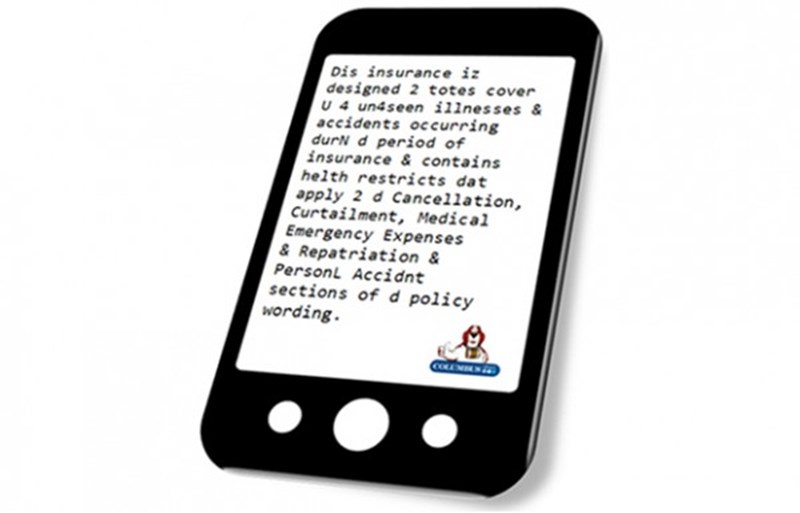 Columbus Direct, the travel insurance specialist it has re-vamped and updated its entire policy wording to “text speak” in a bid to to make insurance more accessible to the youth market.

With mobile users in the UK sending around 11 million texts an hour, text speak or “txt speak” has even been used in exam papers and job applications. As a growing part of modern language, Columbus Direct had adopted the terminology in order to ensure that travel insurance moves with the times.

The new wording will see common abbreviations used such as you = u, your = ur, to = 2, later = l8r. Insurance specific words such as excess will be reworded to “xs”. The wording will also include popular slang words, acronyms and emoticons throughout, so expect to see exclusions such as “Just to let u no, we’ll totes be taking £50 off ur claims as an xs, so don’t be like, OMG, when ur payment is lower than expected.”

With effect from today, Columbus Direct will offer two policy wording options, ‘Standard’ and ‘Txt’, to customers who can then choose which to receive, as part of their travel insurance documentation.