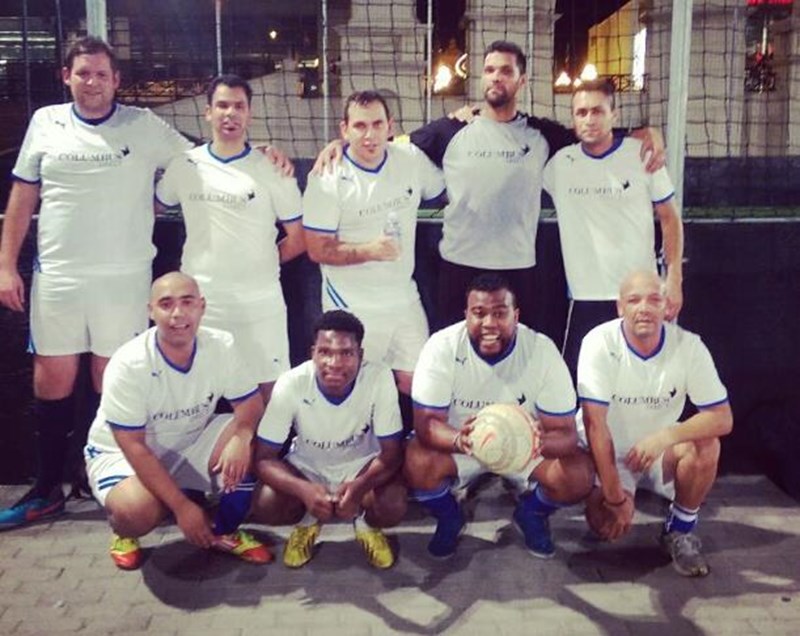 This will come as no surprise to anyone who's worked with the Cape Town team - we've always known they're winners - but last night's victory has boosted the team's morale and has inspired them to work even harder at smashing the opposition (in a friendly way, of course!).

Special mentions must go to...

Most Valuable Player of the Night: Imtiyaaz Fick. He saved a penalty and saved the team with the onslaught of shots at the end of the game.

Supreme Tackler of the Night: Heinrich Coetzee. His success rate at tackling was 100%.

The Guy with the Biggest Lungs: Kevin Gordon. Kevin ran up and down the flank tirelessly and celebrated his 37th birthday yesterday. Surely this win is the ultimate birthday present?

How to get fit and fight the flab at your desk →