10 of the world's worst air passengers 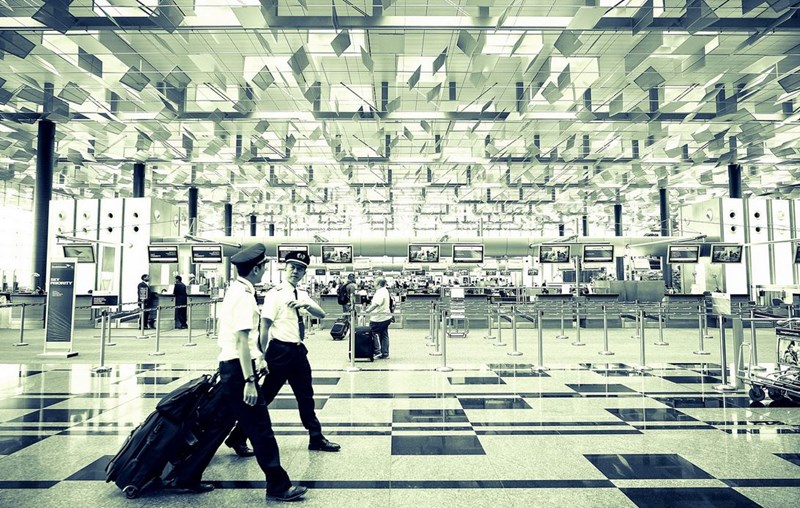 From urinating on fellow passengers (nice) to showing displeasure at being denied a drink, here are ten people who should probably think very carefully before booking their next flight. Very carefully indeed.

Mark Hodson, editor of 101 Holidays, spoke to Skyscanner about the ten worst episodes of in-flight meltdowns he's ever heard of. We're not surprised that a few of these have stayed with him for a long, long time.

The man who knew no boundaries

A 66-year-old woman was flying to Hawaii for a diving holiday when a fellow passenger stood up, and, er, began urinating on her for no reason.

The man admitted assault charges and was jailed for three weeks. The unlucky recipient of his public peeing confirmed that his actions had ruined her holiday, and, quite possibly, the clothes she was wearing at the time.

The plumber who loved his pornography

When Ian Bottomley, 36, was asked not to view adult movies on his computer, he flew into a vile drunken rage, causing £30,000 worth of damage on a flight from South Africa to Heathrow. The kindly plumber assaulted three stewards and caused £30,000 of damage during his 12-hour rampage; at one point, he asked a former solider to 'step outside' for some kind of physical challenge before he was eventually overpowered, handcuffed, gagged, strapped to a seat, and made to think about his actions.

Bottomley was jailed for three years.

The banker and his bowels

When American investment banker Gerard Finneran was refused a drink during a flight to New York, he became the terror of first class. Seeing his chance, he climbed onto a food cart, dropped his trousers and did the unspeakable.

Finneran was sentenced to two years probation and given 300 hours of community service. He was also forced to pay $50,000 to cover cleaning bills and refunds for fellow passengers, who were probably a bit distressed by what they had seen.

Finneran's lawyer attempted a bit of damage control by claiming that his client had "uncontrollable diarrhoea and that what happened on the plane was an accident". Well, that explains that.

The housewife with a fondness for aggression

Housewife and amateur drinker Carmel Beer must take the prize for 'The most guilt ever felt upon waking with a hangover'. The Somerset resident was jailed for 18 months after an alcohol-fuelled incident on a flight from Montreal to London.

When refused more alcohol mid-flight, she threw red wine over the chief cabin steward and viciously attempted to pull off his natty clip-on tie. Funnily enough, a second request for more booze was refused, so she staggered off to the toilet with a bottle of whisky and locked herself in.

However, her adventures didn't end there. After landing, three policemen came to arrest Beer - she was having none of it, and kicked one of them so hard in the groin he had to take time off work. She was convicted of assault at Isleworth Crown Court. Naughty naughty.

The man who just loved getting nude

Robert Scheer made headlines in 2013 when he became horrendously drunk on a flight from Malta to Manchester and decided that getting naked on the tarmac after landing was a good idea.

The fun didn't stop there; he then challenged the captain to a fight and urinated on the side of the terminal building. The police were nonplussed with this show of bravado when they came to arrest him, and he was tasered before being arrested on suspicion of being drunk and disorderly.

The pair of men who wouldn't back down. Literally

When a pair of men came to blows over a reclining seat (that old chestnut), their aircraft had to be escorted back to the ground under the guidance of a pair of F-16 fighter jets.

The two men became disagreeable after one reclined his seat into the other’s lap soon after take-off. The passengers and crew had to separate the squabbling men, and the pilot wearily decided to return to Washington DC to get rid of his troublesome passengers.

The drunk man who just wouldn't stay down

Cabin crew on a BA flight became nervous after takeoff when they spotted that errant passenger Thomas Joyce had enjoyed a swift tipple before boarding the flight. In fact, he appeared to be three sheets to the wind, and not in a great mood.

After being refused more alcohol, Joyce started getting aggressive, and the captain ordered him to sit between two stewards for the rest of the flight. He also ordered the crew to handcuff and restrain Joyce, but it took them ten attempts to get him to simmer down; the first attempt ended with both stewards being headbutted in the face. He was jailed for nine months.

The artist who decided to drink soap

Russian-born artist Galina Rusanova was flying from LA to London when she allegedly got drunk on the flight (there's a theme emerging here - does anyone else see it?), and began to make a nuisance of herself.

Things became heated after she drank a bottle of liquid hand soap, punched the flight attendants trying to restrain her, and then attempted to bite them. Her antics were halted after she was handcuffed to a seat, and her flight was diverted to Maine, where the police were waiting for her.

She was sentenced to 21 days in jail. In terms of recognising wrongdoing and claiming responsibility, she's remarkably switched on, and it was reported that she said to FBI agents: "It's typical of me. I sometimes do crazy things."

The couple who were without shame

You'd be forgiven for thinking that most in-flight sex happens in the toilets; this isn't always so. South African Airways launched an investigation after passengers on a night flight complained that a couple in Club Class had full sexual intercourse.

In order to preserve their modesty, the drunk couple had only stripped from the waist downwards, and could only be stopped by the captain who emerged from the cockpit to remind them that they were on a plane and, you know, what they were doing wasn't cool.

Anyone remember former football player Vinnie Jones? The talented 'actor' has proven he can't behave on flights - he assaulted an airline passenger and threatened cabin crew back in 2003.

It's reported that he turned nasty after drinking and hit a fellow passenger up to ten times when they tried to intervene; as passengers and crew tried to restrain him, Jones reportedly declared: "I can get you murdered. I can get the whole crew murdered for £3,000." He also shouted at a crew member "Go and do what you are paid to do, and make the coffee." Nice.

The Lock, Stock and Two Smoking Barrels star was ordered to pay the passenger he hit £300 compensation, plus a £500 fine and costs. Not such a hard man any more.

← How to successfully move house with a cat in tow