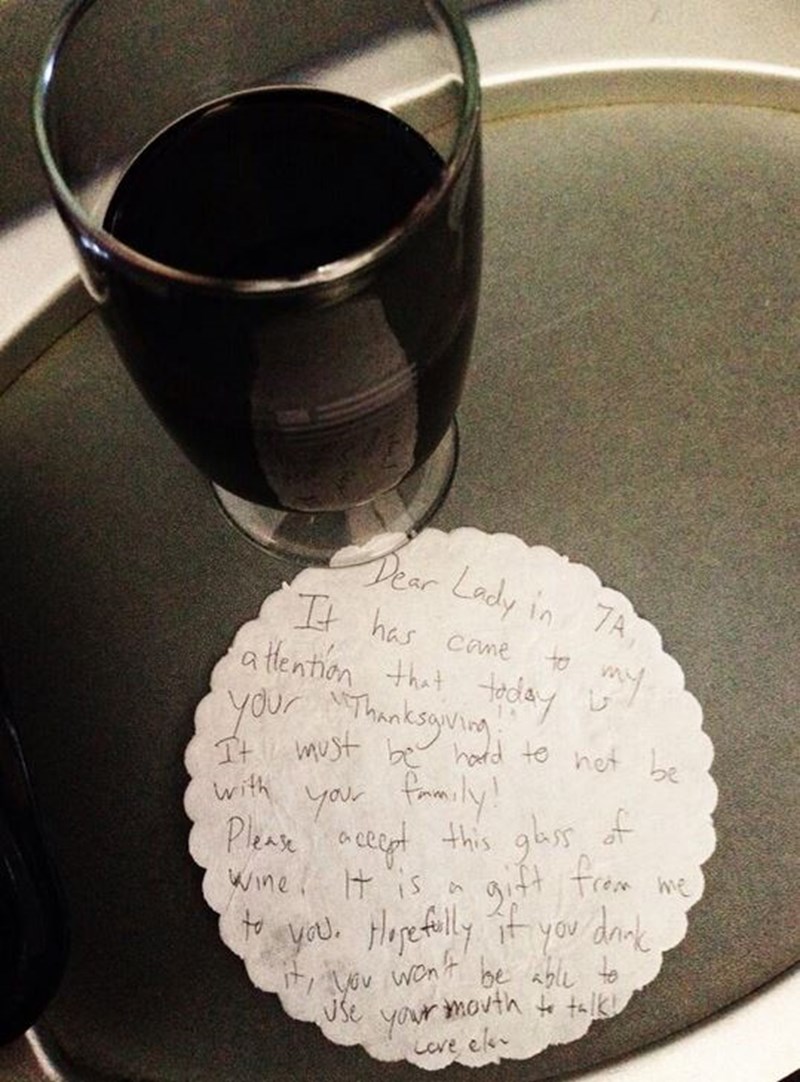 Aircraft are, as a rule, cramped, warm and uncomfortable, unless you're Obama, or a millionaire who can afford something a little bit nicer than an easyJet flight to Rome.

So, it may come as no surprise that when tempers flare up and the close quarters get too much for some people, the results can be explosive. We've done some research, and found three mid-air quarrels which will have you shaking your head and muttering 'Tsk, tsk'.

Our advice? Never forget to be calm and pleasant during a flight. Other people have mobile phones, and they're not afraid to document your indiscretions for all to see.

The mid-flight break up

There's never a good time to break up with your partner - Christmas, birthdays and holidays can throw a spanner in the works - but let's be honest. Who does it on a flight? New Yorker Kelly Keeg found out in August 2015 when she live-tweeted a couples' break-up from her plane seat. Thank heaven for in-flight WiFi.

It all started when the man in question decided the time was right, and dumped his girlfriend on the plane. Kelly was on hand to capture the moment. 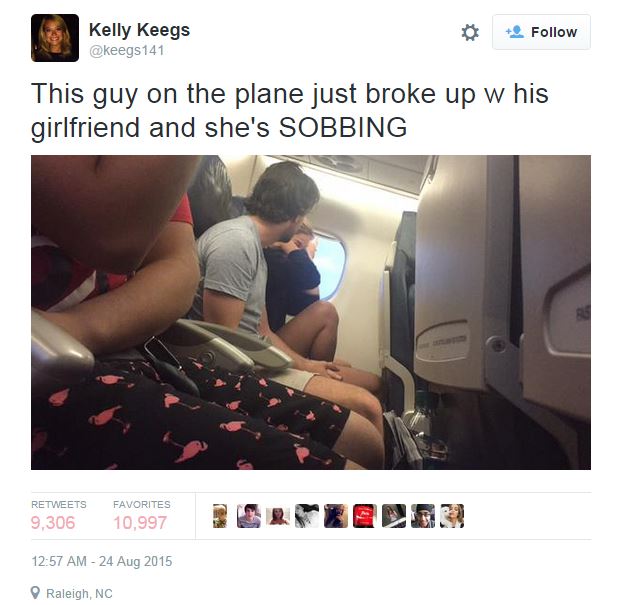 It didn't get any better. The plane was delayed, and while it was sitting on the tarmac, the couples' neighbours were set to hear the bitter exchanges which were to mar the journey. Well, not quite the whole journey. We'll get on to that later.

The girl revealed she had spent an extra $40 to be on the flight with her then-ex; he then revealed he 'didn't care'. This made matters a whole lot worse. 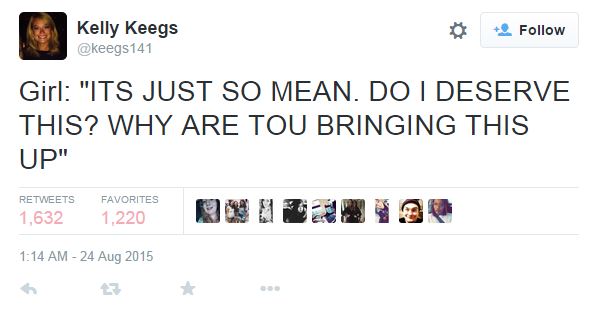 Yes, things were looking bad. Terrible, in fact. But after getting all of their anxieties out in the open. The couple decided to take a new approach. 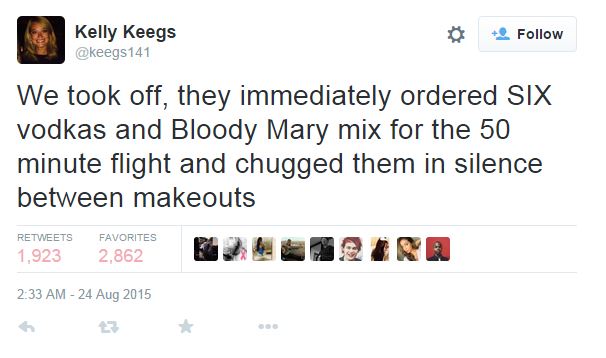 Maybe it all ended well? Who knows.

When Modern Family editor Ryan Case was seated behind a severely drunken passenger lacking both class and poise, she just knew she had to live-tweet the drama unfolding in front of her. So, being an Emmy-winning writer, she did.

Ryan then went on to describe her fellow passenger, who seemed to personify 'drunk and obnoxious'.

Despite taking a dim view of the residents of the Middle East (perhaps not realising her seatmate, Abdul, was Middle Eastern), the lady in question, Nadia, proceeded to grill Abdul about his drinking habits, tell him about her fine times in Vegas and generally make a nuisance of herself. 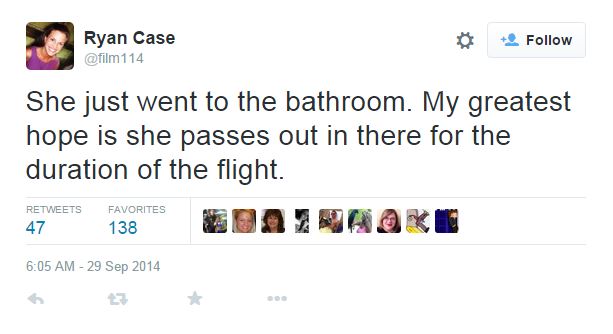 There was cackling at TV programmes, an attempted seduction involving Abdul and a fierce verbal exchange with the people sitting in front of her. Eventually, the flight landed and justice prevailed - Nadia was taken off the flight in cuffs.

The row with the fellow passenger

When you're faced with bad behaviour on a flight, you can ignore it - or try your hardest to shut it down, much like TV producer Elan Gale.

When his flight home was delayed over Thanksgiving, Elan was as miffed as the rest of the plane - but not as much as Diane, a woman who was super-desperate to get home - and seemed not to realise everyone else was in the same boat. 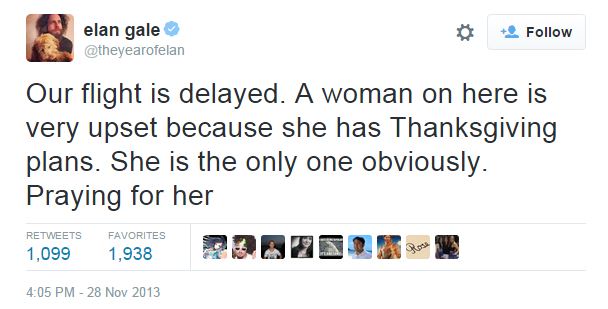 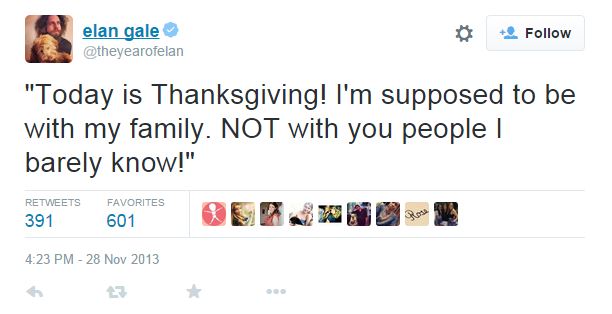 The plane eventually took off, and despite some heavy breathing and tongue-clicking, Diane calmed down. Elan wasn't quite as ready to forgive her mean-spirited approach, and sent her a note - with a glass of wine. How thoughtful. 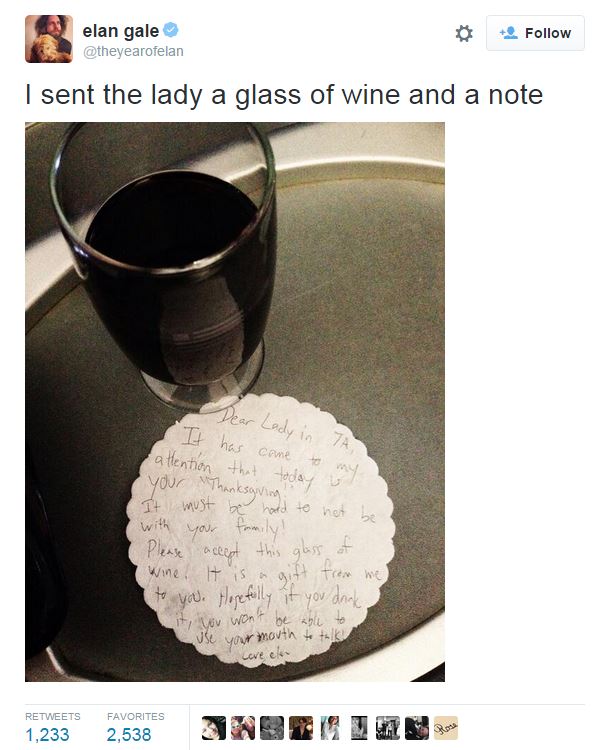 Not content with the wine, Elan then purchased two bottles of vodka and placed them on her tray table, running back to his seat in a state of excitement and fear. Diane didn't take at all kindly to his intrusion, and returned a note to him. She had taken a dim view of his meddling. 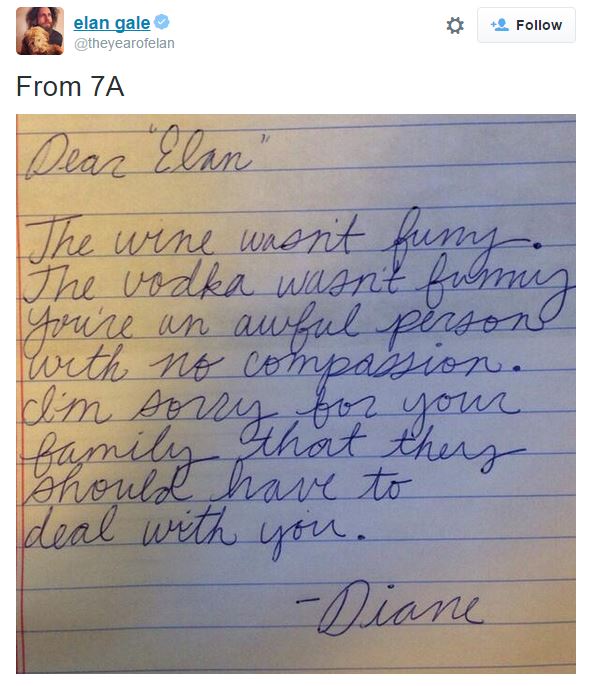 Elan then tweeted 'This is war' and proceeded to plan his revenge. He sauntered over to her seat, took a picture of the row number and seat number, and left a crudely-written note with Diane which was intended to cause offence. It did. 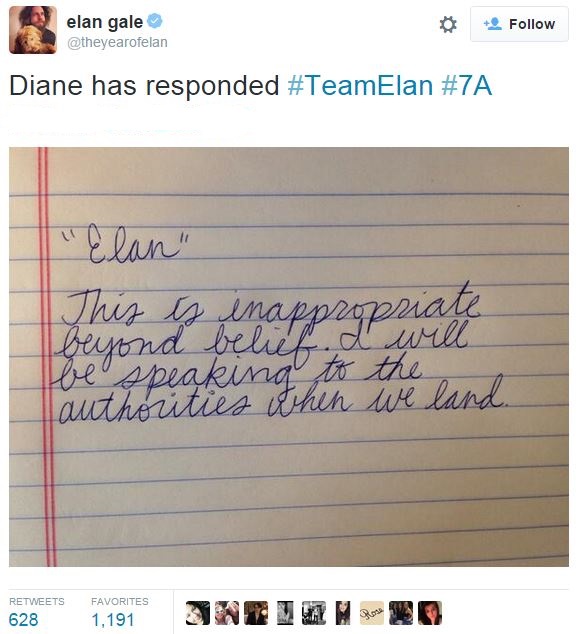 Essentially, the name calling went back and forth for a while longer, and when Elan landed, he tweeted that Diane had charged over to him - and slapped him. She then realised that she had missed her connecting flight and Elan finished by giving her a note explaining who he was - and how she could follow the escapade on his Twitter feed, thereby publicly shaming her.

It would be nice to think that Diane learned her lesson, but there was a twist in the tale. Elan had made her up. He'd made the whole thing up. 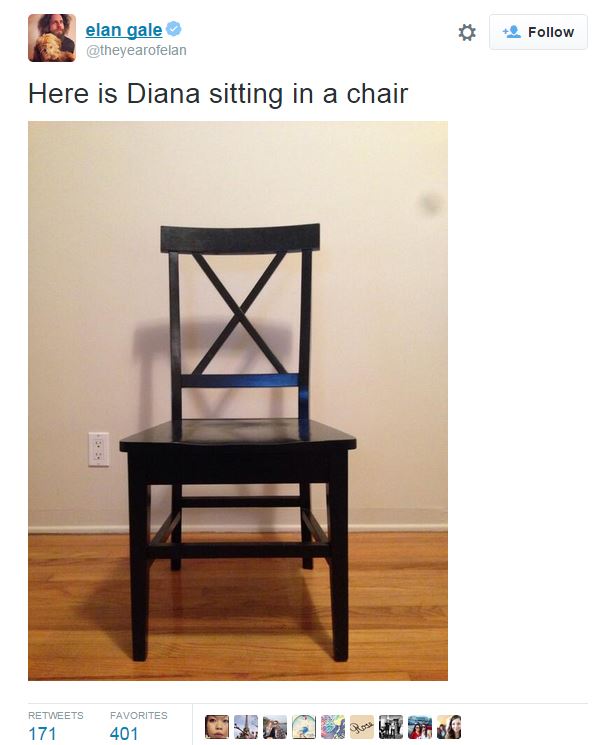 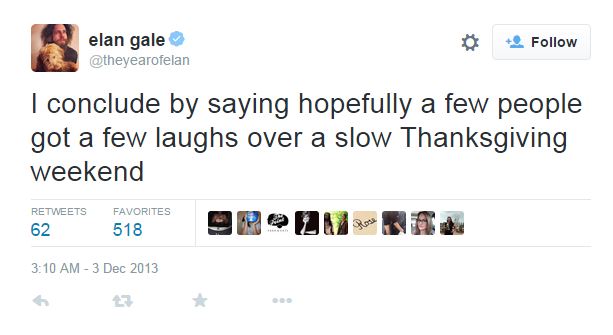 Ah, well - Diane will stay in our hearts and minds forever. We're sure she would have gotten on wonderfully with Nadia.

The 10 best LGBT destinations in Europe →