The 10 best LGBT destinations in Europe 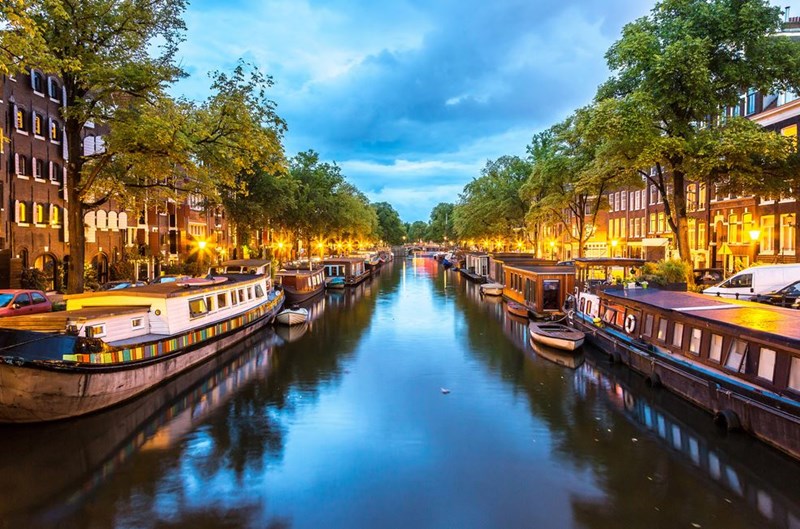 If you're on the hunt for a brilliant LBGT destination in Europe, relax - we've found ten of the best.

With a long-standing reputation as one of the world's most liberal cities, Amsterdam is a welcoming place for LGBT travellers, with a host of gay-friendly establishments just waiting to be explored. 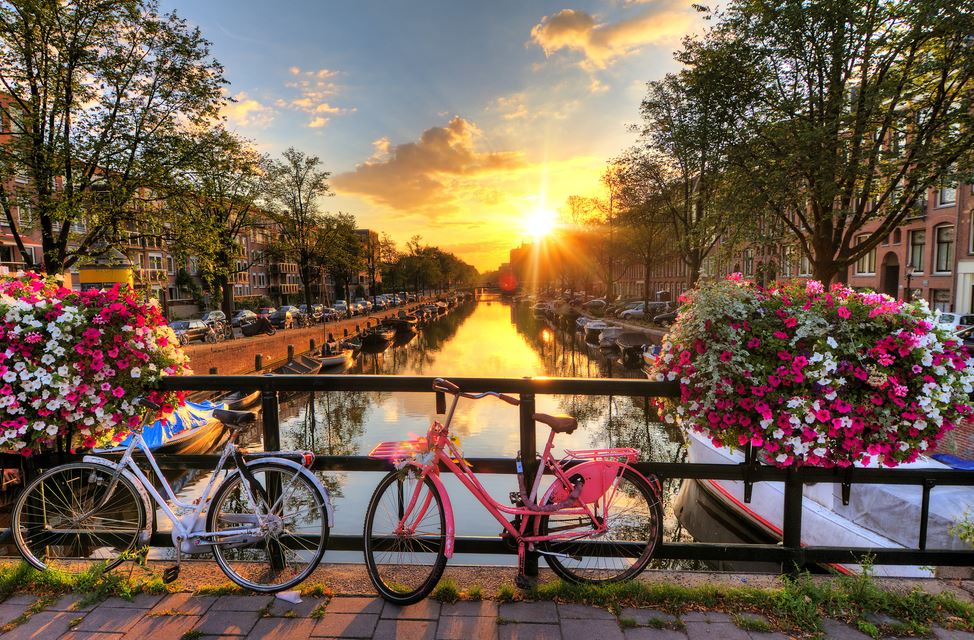 Wander along picturesque canals and admire the city's distinctive architecture before checking out the bustling gay bars in the Amstel and Kerkstraat areas, and along Regulliersdwarsstraat. If you can, visit in August, when the city's canals burst into colour for Amsterdam Pride, the world's only pride parade on water.

Denmark was the first country in the world to legally recognise same-sex partnerships, so its edgy capital Copenhagen naturally ranks high on any list of gay-friendly destinations. 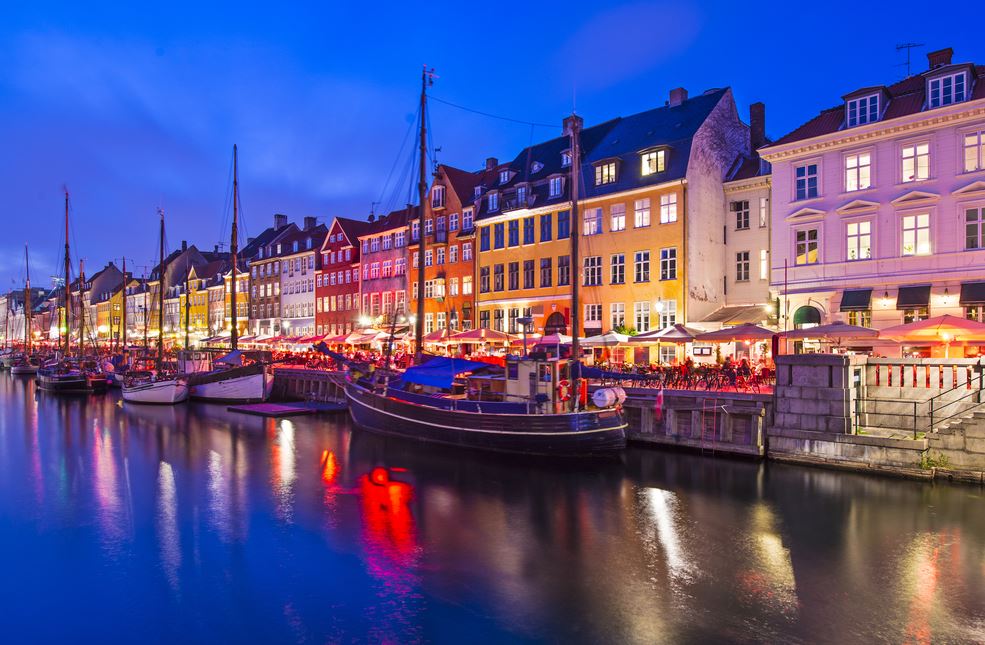 With fantastic museums, parks and shopping galore, plus a bustling nightlife with plenty of LGBT options, this is an ideal choice for a city break. Copenhagen is also home to the oldest openly gay bar in Europe, and has even named the space next to City Hall Tower 'Rainbow Square' to honour the ongoing battle for equal rights.

The sun-drenched Greek island of Mykonos has long been a popular destination for LGBT travellers, so much so that the tourism industry now largely revolves around a gay audience. With spectacular beaches, turquoise waters and welcoming locals, it's easy to see the appeal – making Mykonos the ideal destination for a chilled-out beach escape. 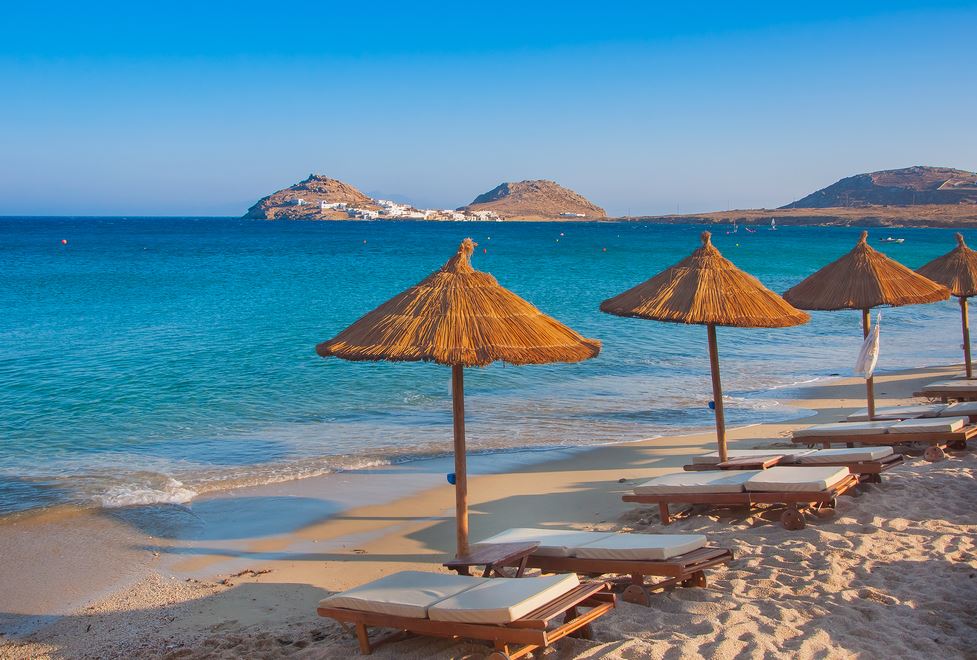 There's plenty of gay-friendly accommodation, bars and eating places around the island, as well as the famous Super Paradise Beach, a popular hang-out for gay and straight visitors alike.

With its intriguing mix of gritty industrial history, handsome buildings and vibrant nightlife, Manchester is one of the UK's most visited cities. The Gay Village area around Canal Street is home to a great assortment of LGBT-friendly bars, restaurants and cafés, and the annual Manchester Pride is one of the biggest celebrations of its kind in the UK.

Pride is sponsored in part by the Radisson Blu Edwardian, Manchester – the brand is known for offering gay-friendly hotels in destinations across Europe. 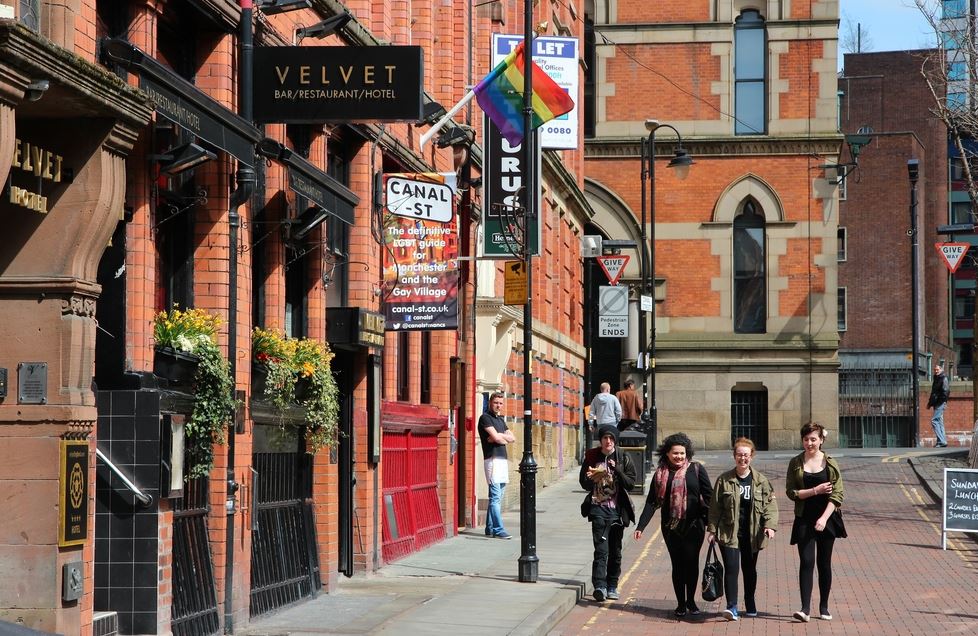 Sleek, stylish and effortlessly cool, Stockholm has a well-deserved reputation for cutting-edge art and design. The Swedish capital is also known for its laid-back, tolerant culture, so it's hardly surprising there's a booming gay scene here.

Stockholm Pride attracts millions of spectators each year, and there are plenty of gay-friendly bars, clubs and restaurants in the downtown district. If you're looking for something a bit more low-key, check out the city's many gay-friendly cafés, which are perfect for a spot of people-watching, Scandinavian-style.

Sunny Madrid is home to Europe's largest LGBT community and biggest gay pride celebration, the Madrid Orgullo, which runs for a week each July and draws around 2 million visitors. The Spanish capital is also famous for its legendary nightlife, which begins late and runs until the small hours of the morning. 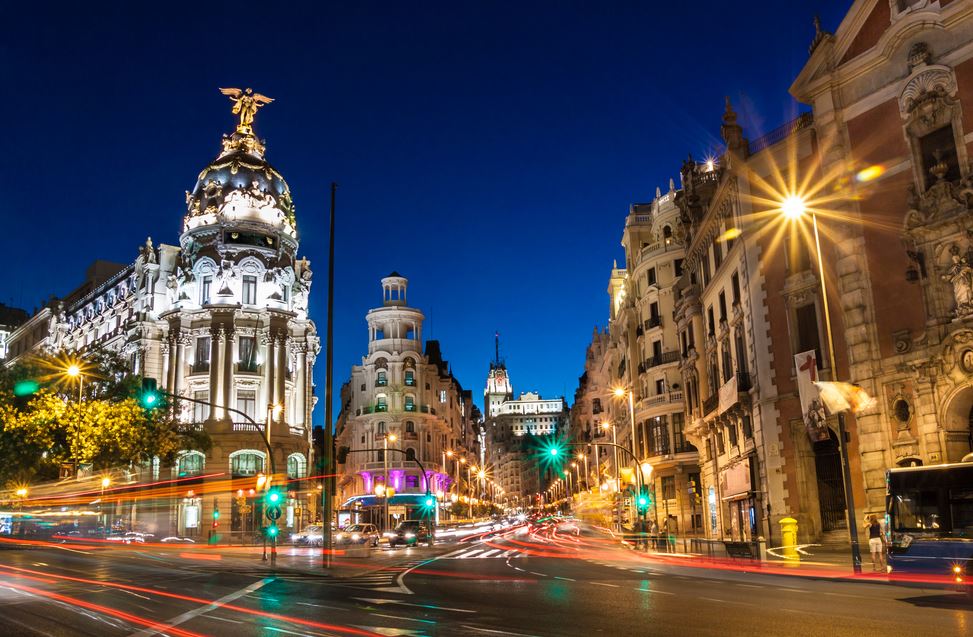 This scene includes a vast selection of LGBT-oriented bars, clubs and restaurants concentrated in the Chueca district. Located just off Gran Vía in the city centre, the area is known for its relaxed, friendly atmosphere – making this the perfect place to enjoy some tasty tapas and late-night beers.

Known for its spectacular landscapes, geothermal hot springs and views of the Northern Lights, Iceland is an increasingly popular European holiday destination. 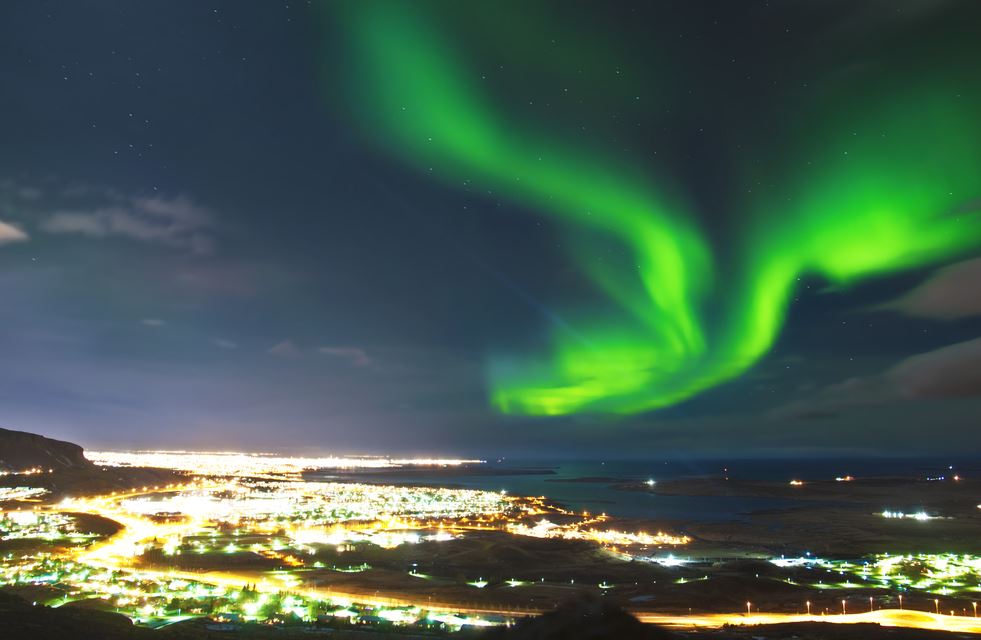 The country also boasts a progressive stance on equal rights, and its capital, Reykjavik, is home to a vibrant LGBT community. There's an excellent selection of gay-friendly bars and restaurants, and a massive annual Pride celebration.

Trendy, innovative and always on the cutting-edge, Berlin's open-minded approach to life has long made it a popular destination for LGBT visitors. 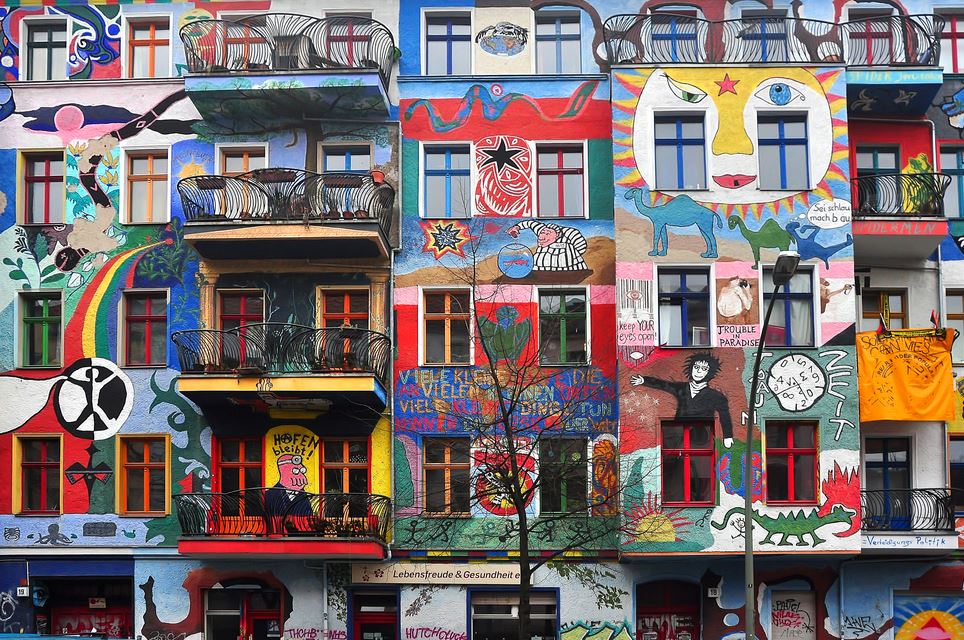 With a rich history and cultural scene, coupled witha famously energetic nightlife, this is a city that truly caters to every taste, from the relatively tame to the decidedly eccentric. There's a thriving gay scene in the Schöneberg district, with plenty of gay-friendly bars and other establishments lining the streets around Motzstrasse, Fuggerstrasse and Nollendorfenplatz, not to mention attractions such as the Schwules Museum – one of the world's most important museums dedicated to LGBT life and culture.

As one of the world's most romantic cities, Paris ranks high on many a traveller's must-see list. Along with world-famous attractions such as the Louvre, the Eiffel Tower and Notre Dame Cathedral, you can also visit a number of sites with significance for the LGBT community, such as the grave of Oscar Wilde and the former homes of Gertrude Stein and Alice B. Toklas, among others. 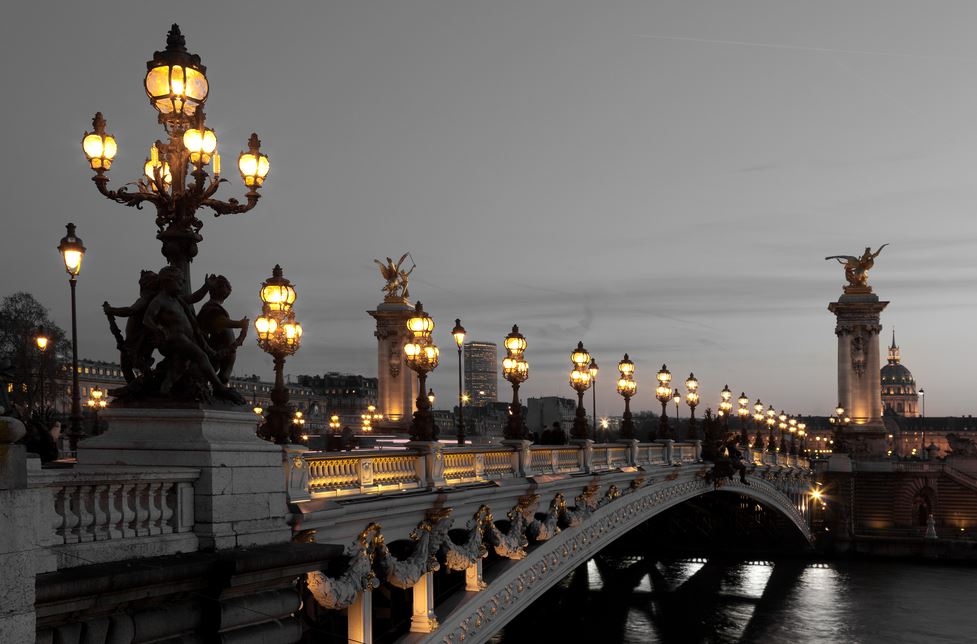 Plus, there are dozens of gay-friendly cafés, bistros, bars and even LGBT-specific shops – enough to keep even the most enthusiastic visitor busy for weeks.

Packed with charming cobbled streets, world-class art galleries and some exceptionally unique architecture, Lisbon is the perfect mix of quaint history and modern style. It also has an electric gay scene centred on Príncipe Real and Bairro Alto, where you'll find an eclectic mix of bars, clubs and outdoor drinking areas. 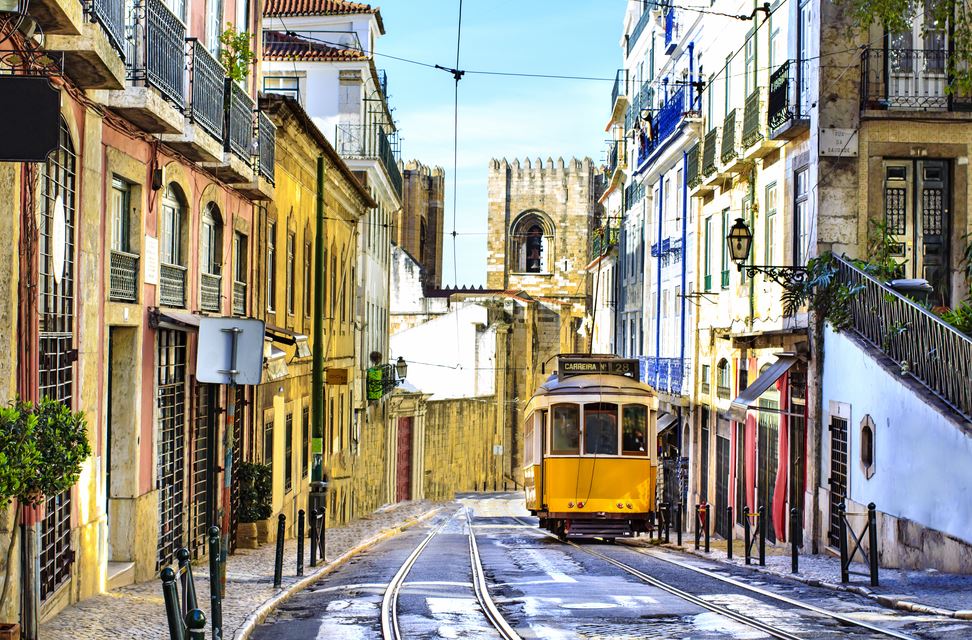 Another great way to make the most of Portugal's sunny weather is to check out Beach 19, a popular gay nudist beach set in a scenic nature reserve.

Ready to go on vacation? If you are heading to one of these destinations or, why not, if you are thinking about visiting more than one in a year, remember that Columbus Direct is offering 10% off annual multi trip travel insurance for Europe; with this policy you can travel as many times as you like, so long as each journey begins and ends in the UK. In the rare event of a flight delay, you and up to four friends will be able to enjoy FREE* airport lounge access, all part of your Columbus Direct travel insurance! So you'll be able to enjoy complimentary food and drinks while you wait!