Airlines worldwide have begun to release their new routes for summer 2018, with some increasing the amount of flights they offer, and most offering a new route altogether.

You may have begun to think about doing some research on where your summer holiday will take you, so we’ve done some of the digging for you! Some of these new routes will offer you a quite unique holiday experience, while others offer up the usual sun, sea and sand – but not where you’d quite expect.

Both Easyjet and British Airways have introduced flights to the Croatian city, flying from Southend and Liverpool (Easyjet), and Heathrow (BA). Pula is full of ancient Roman buildings, including the magnificent Pula Arena – one of the best preserved Roman amphitheatres. Surrounded by the Adriatic, Pula is known in summer for its mild summer climate (23°C average in Jul/Aug), you’ll find plenty of beaches with great fishing and wreck dives - there’s also the chance of you discovering some dinosaur footprints! If you prefer to explore on land, Pula is at the end of the EuroVelo 9 cycle route which you can pedal for as long or short as you like.

Thomas Cook are adding the third largest city in Bulgaria to their summer 2018 schedule, and what a great addition it is. The seaside resort is located on the Bulgarian Black Sea Coast, and is sometimes referred to as the maritime capital of Bulgaria. If beaches are what you’re looking for, then Varna is a good choice with its 20km of sand beaches and average temperature of around 22°C in summer. While Thomas Cook are offering flights to Varna from Manchester, you’ll be interested to know the city is twinned with Liverpool!

Like BBQ and seafood? The Big Easy is the place for you! The distinct cuisine is something you won’t be able to get away from, and that is absolutely fine! From Cajun to local Creole and Beignets (French doughnuts) to a po’boy sandwich – of course, there’s more to do in New Orleans than just eat! You can tour the Superdome if you’re a sports fan, visit and take in the smooth music that fills the many jazz bars, or hop on a paddlewheel riverboat along the Mississippi. British Airways are offering summer flights, departing from Heathrow

Okay, we know Naples is a major international tourist destination but there’s so much you can do and see there, that we couldn’t exclude it. Being a coastal city, Naples is known for its seafood dishes. You’ll see a lot of impepata di cozze (peppered mussels) and alici marinate (marinated anchovies) on the restaurant menus, be sure to give them a try! Mount Vesuvius is only a 40 minute drive away, and tours can be booked from Naples to visit the national park, via Pompeii to visit the famous ruins 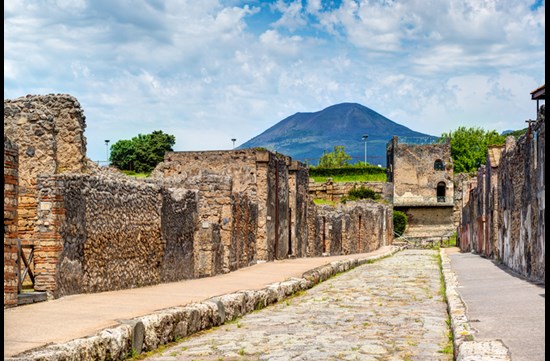 One of the 6,000 Greek islands, Skiathos is famous for its golden beaches and great atmosphere. There are some 60 beaches scattered around the 44km coastline, including the beautiful Lalaria Beach which can only be visited by boat, but is well worth the trip. The airport itself was created by reclaiming land which lay between there and the neighbouring island of Lazareta. After a day of taking in the amazing shades of blue by the sea, head up to the town at night for the most popular restaurants which provide an amazing view down to the sea

← What exactly is Boxing Day?