Get your quote now
Home > Blog > BBQs and home safety 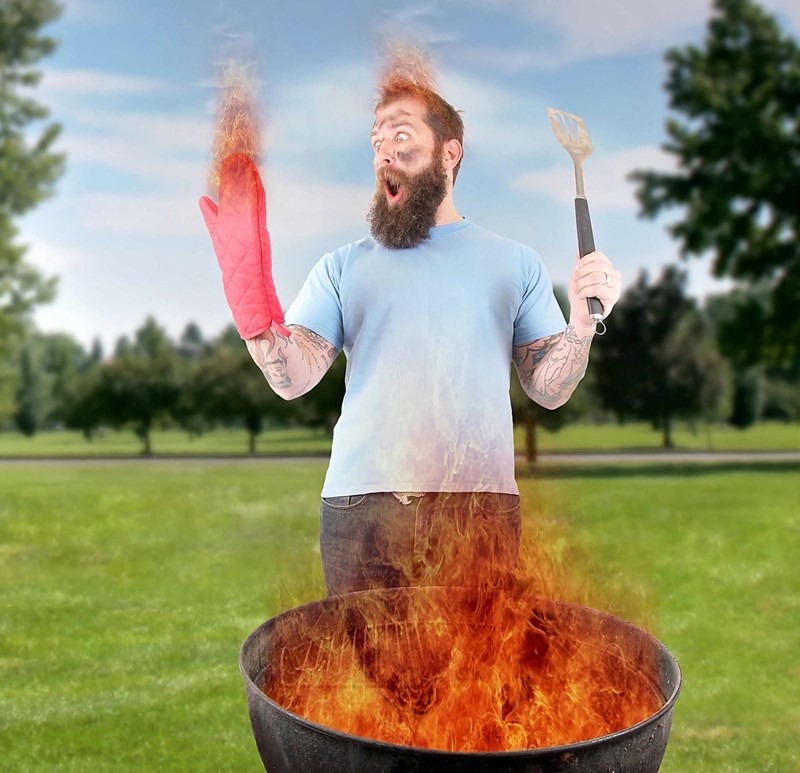 The sun is finally (sporadically) out, people are going on their lunchbreaks without their jackets and there's a mad rush on baps.

It can only mean one thing: it's almost barbecue time!

There's nothing we Brits like more in the summer months - apart from burning ourselves stupid in the midday sun, perhaps - than firing up the BBQ and consuming copious amounts of charred sausages. There's something so special about putting our scarce warm weekends to good use in this manner, hence millions of us do so, filled with good intentions. However, not every BBQ goes off without a hitch.

While most parties are enjoyed without incident, here are a few examples of times when BBQs have gone oh-so terribly wrong:

US firefighter Lt Hank Balch recalls a time when he was called to a house fire, tracing it back to an unattended BBQ. Two men had been cooking over a homemade grill comprising a 55-gallon drum which had been covered with chicken wire. Having drunk far too many beers, the men passed out inside the house, leaving the lit drum - and its flames - to fan in the breeze. Some leaves blew onto the 'BBQ' and within minutes their backyard and their neighbour's fence, was up in smoke. Balch says that 95% of BBQ-related incidents are caused by inebriation, so if you're going to grill outside, make sure you stay sober.

How can a swimming pool go up in flames, you may ask? When the flames are caused by propane gas - that's how. Firefighters arrived at a house that was being engulfed by blue, gassy flames but with no sign of any smoke. The BBQ-er had panicked when the tube from the propane gas tank detached from the grill and caused a 'flashback fire'. In desperation, he threw the BBQ into the pool, but the gas bubbled up, licking back to the source of the gas - engulfing his house. All the firefighters could do was wait until the gas tank emptied.

Of all the things to do at a BBQ, jumping over it is probably the least advisable, as the video below demonstrates. A man (posing as Shaquelle O'Neal) steels himself briefly before taking a run up and jumping over a lit BBQ. His foot catches on the open lid and the whole thing tips over on the grass. Fortunately, the lid flips shut so when the BBQ hits the floor and ends upside down, the only thing that is hurt is the jumper's pride. His reaction on the floor - rolling about uncontrollably- suggests this could be a spoof, but with nearly 4.4 million views, hopefully it'll dissuade a few others from copying.

← How to keep your stuff safe at festivals

How the new airport security measures may impact your travel plans →