BBQs around the world

Get your quote now
Home > Blog > BBQs around the world 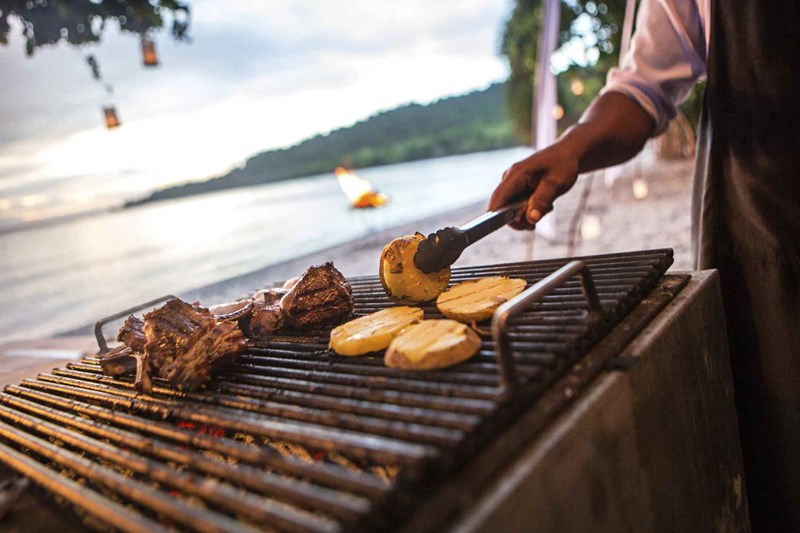 The sun is high in the sky and it’s a hot day. Your good friends are all around you. And you’ve got control of the barbeque and have a great selection of steak, roast pork (with crackling), lamb chops and someone made a killer pistachio and peach salad. Now look to your left and see the view. It’s the Adriatic Sea and you’ve booked a house with your friends for a week in August. Barbeques are not just for weekends at home, they can be the hearth of your group holiday. They can, and should, be extended into weeklong events and shared in places all over the world. Depending on the destination you’ve picked for this year’s summer holiday, the barbeque food you consume will no doubt be discovered with its own local recipes and delicacies. Be adventurous and follow the flavour.

The USA has moved up in popularity for summer holidays compared to 2013, with 3% more UK holidaymakers heading ‘across the pond’ this year says the ABTA (Association of British Travel Agents). The Nashville Music City Festival and BBQ championship could be the place for you if you drool and foot tap at the thought of pork and blues in one place. All across the US, big grills, big heat, big beers and big slabs of meat typify the classic American barbecue.  According to Matador Network, American barbecue has its origins in the 1800's, where semi-feral pigs were captured by poor American farmers when food levels were low. Generally, meat is brushed with a sauce rather than marinated and Americans love using specific kinds of wood to deliver flavour to the meat - think hickory and oak rubs and sauces. Oak isn’t just for alcohol fermentation.

If you want an Asian holiday that will result in amazing barbeque pork then consider heading to the Philippines where Lechón (originally from Spain) has been adopted as a national dish. The whole roast pig is cooked over coals rotisserie style. The cooking and basting means the hog’s meat stays moist while the skin is crunchy; it is a year-round delicacy in the region. If you're heading to Seoul, Korea, know that raw meat is presented to diners along with a charcoal or gas grill in the middle of a dining table, allowing guests to cook meats of their choosing. Beef, pork and chicken, marinated in a garlic-soy sauce, are very popular for this type of barbecue. Looking inland, barbecues are very common in Mongolia as grilling meat, such as goat and lamb, was seen as a much easier way to cook meat for Mongolian nomadic tribes as it didn't involve carrying heavy metal cooking pots. Get wild and grill outdoors.

Thinking exotic and festive barbeques are more your style? South America is known for its barbeques. Asado is a very popular form, especially in Argentina where it is considered the national dish. It also refers to the social event of having or attending a barbeque, so you should expect to either be invited to or eat asado on a regular basis. An asado tends to consist of beef and other meats cooked on a grill called a parilla, or an open fire (hot coals, no flames). Food is prepared by the asador - the barbecuer - and is generally accompanied by red wine and salads. However, this tends to vary between regions - Argentina, Paraguay, Uruguay and Mexico all have their own slants on this classic barbecue technique. Party first, eat later.

Whatever far flung destination you're heading to this summer holiday, expect to smell smoke and listen to meat sizzle as you tuck into your destination's local barbecue style.

← Dealing with one of the busiest holiday weekends of the year

Where to go this August bank holiday? →