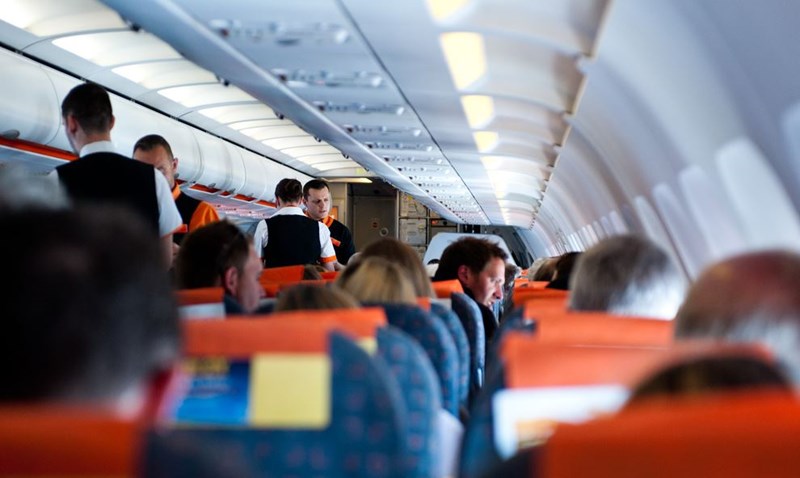 Are you a nightmare passenger? You're probably not - we're not accusing you or anything - but let's face it. Some people are.

It's nearly always the airline staff who take the brunt of moronic behaviour. And believe us when we say they've seen it all, from vomiting due to too much booze to shouting matches and, every now and then, violence. Yikes. We even compiled a list of ten of the worst airline passengers recently - what a naughty bunch.

We decided to do a bit of research, and we asked some cabin crew, who shall remain anonymous, if they've ever been tempted to get their own back. The answer appears to be a resounding 'Yes.'

"On one flight to Tanzania, one man started a fight with another gentleman across the aisle, and when I got involved to break them up, the man who had started the fight said some very unpleasant things to me. When he was restrained and reseated at the back of the plane, I accidentally spilled a bottle of cold water in his lap. He had to sit in his wet trousers for five hours. What a piece of bad luck, eh?"

"A small child that wouldn't stop screaming was kicking the seat in front of him and really annoying an old lady that had been putting up with his temper for about an hour. When his parents went to the toilet, I saw the old lady get out of her seat, reach around to him, and give him a good hard slap on his bare legs. He was immediately silenced. Quite a few people saw her do it, and I should have been the one to tell the old lady she was in the wrong, but I didn't. Nobody said a thing when the parents returned from the loo, and the child was quiet for the rest of the flight."

"I've only been struck dumb with rage once, and that was in 2003, on a transatlantic flight. We'd been barred from having any nuts on the flight due to a little girl who was allergic to nuts - a rule everyone on the flight adhered to - except one woman at the back, who opened a packet of peanuts after take off. I immediately took them from her and disposed of them, and the little girl was fine, but the woman went 'nuts', as it were. However, I had the last laugh when we encountered some turbulence - I fell right into her lap, spilling her wine and her meal, which she'd only just begun to eat. She arrived at her destination covered in plane food. Serves her right!"

"We normally see a lot of couples attempt to get frisky, but I've only had to drag people out of the toilet once. When I started banging on the door, they went as quiet as mice, and tried to pretend they weren't in there, which obviously didn't work. When they eventually crept out, I waited until they were halfway down the plane, then shouted, 'Excuse me, do these belong to you?'. She'd left her pants in the cubicle, and rushed back to get them. They behaved impossibly well for the rest of the flight."

"One man, who was sat directly in front of me, kept talking as I was doing the safety briefing. He ignored my glares, and kept chattering away, until I stopped what I was doing and said: 'So, you think you're so au fait with the safety procedures you can talk all the way through them? Why don't you take it from here?' He stood up, I gave him my equipment, and I sat in his seat. I expected him to be rubbish but he was really good; he even got a round of applause when he finished. It turned out that he flew with us twenty times a year. Who knew?"

If you can't read enough about terrible passenger antics, check out this article on passenger shaming. You'll never go barefoot on a flight again.

The FCO reveals why you should always take out travel insurance →