Get your quote now
Home > Blog > Life as a pilot: What’s working for easyJet like? 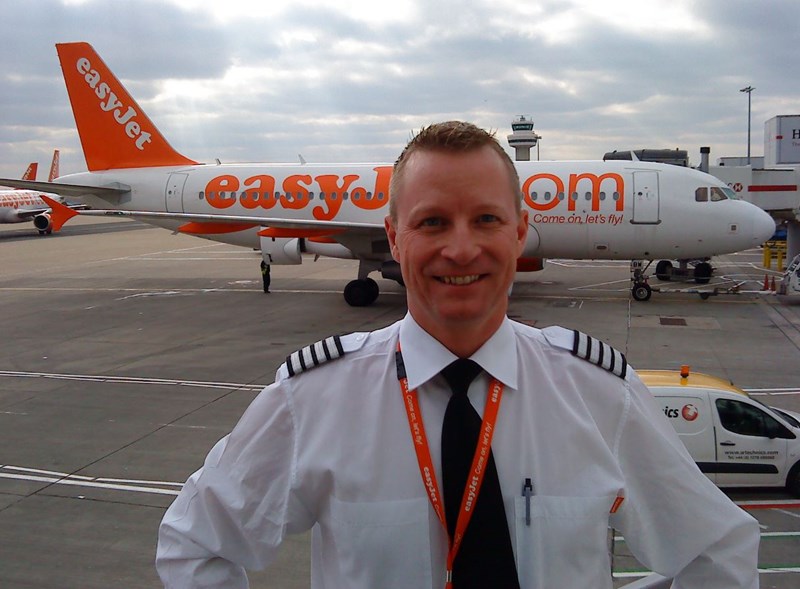 Steve Hochkins has been working for easyJet for twelve and a half years, and has worked as a professional pilot for 33 years.

His career in aviation started with the Air Cadets when he was 13, and very soon after joining he realised he’d like to be a pilot. Post A-levels, he joined the RAF, where he started his 19-year-long career with them which ended in 2002. Soon after, he joined easyJet, one of the few airlines that was still growing and recruiting in the aftermath of the 9/11 attacks.

“It was a fledgling company when I joined, but now it’s matured, and it’s such a great airline to work for,” Steve says. “It’s great to work for such a successful brand. I can’t say much about Ryanair - they offer a different product, and I’ve only flown with them once. I couldn’t pass judgement.” 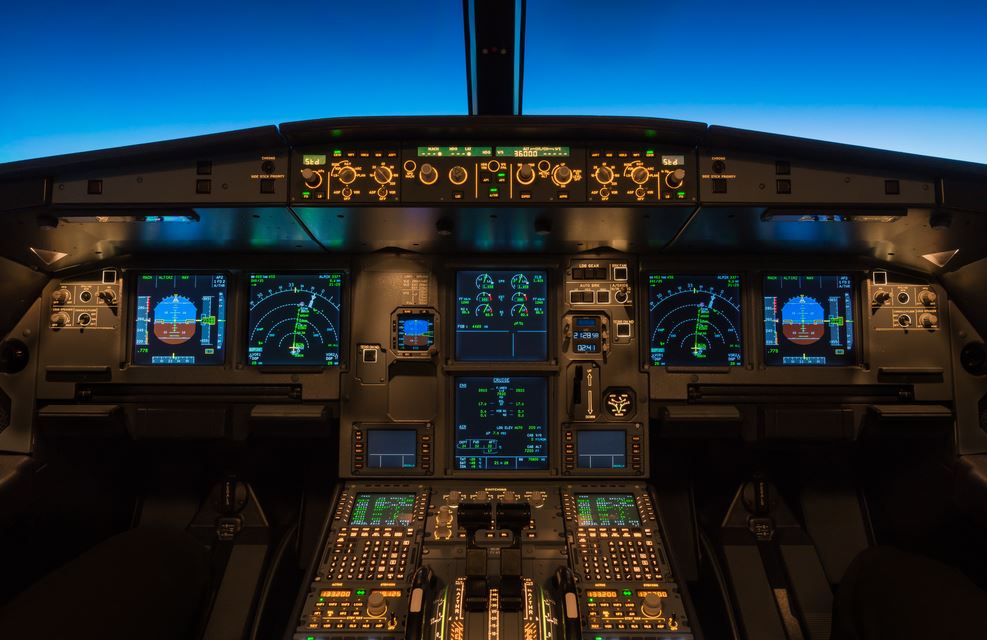 easyJet are known for being a short-haul airline; one of the furthest places they fly to is Sharm el-Sheikh, in Egypt, which has a flight time of around five hours from Gatwick. Flights are, on average, around 1-3 hours long, and there’s always a speedy turnaround. So, what’s a day in the life of a pilot like? Steve explained to us what his average shift looks like - and what goes on behind the scenes.

“A lot of airlines work to a roster pattern, which is published for the whole month, and shows airline staff which flights they’ll be on. For easyJet, this is published mid-month, so I now have the October roster. The way shifts work is normally five early shifts, three days off, five late shifts and four days off. However, I’m also an instructor-examiner, so I tend to spend a lot of time in the simulator, working with pilots who are being re-tested to ensure that their skills are up to scratch. All qualified pilots are re-tested every six months, and they’re examined on how to fly the plane safely if any catastrophes should occur, such as one (or both!) engines failing; however, this is very unlikely.

“My roster for the early part of October looks like this; on Monday I’m in Moscow, then I’m on standby on Tuesday and Wednesday, as cover in case anyone’s sick. On Thursday, I’ll then be flying to Malta from Gatwick, and this is what my day will look like.

“My report time is 5.25am for a 6.25am departure, so I’ll probably wake up at 4am, and leave the house at 4.45am. I try to get to the airport ten minutes before report time, which is normally held in the crew room; it’s where the captain and first officer meet the cabin crew, and we organise ourselves before the flight. Both terminals at Gatwick have a crew room; they just look like areas with lots of PCs, where we can log our arrival in the terminal and print out anything we might need, such as flight plans, weather reports and calculations for how much fuel we’ll need. In lots of other airports, you’re expected to print out your own reports, but because Gatwick is so huge and it would be chaos with us all fighting over the printers, it’s done for us and given to us in a folder. 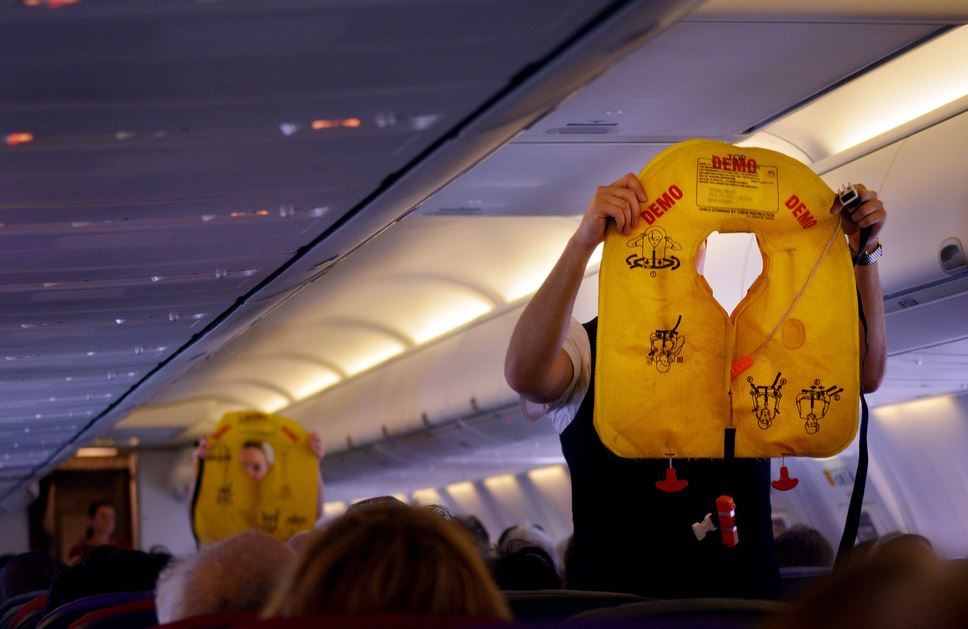 “We report in the crew room one hour before we take off, have a 10-15 minute prep, then head to the aircraft, so we’re all on board around 35 minutes before we leave. The first officer and myself will get settled in the cockpit and begin our preparations for the flight.

“People may think that the first officer isn’t as important, but that’s not true – the first officer is gaining the experience needed to be a captain. While the cabin manager is organising their crew - normally a team of four - and welcoming people on board the flight, the first officer and I are loading the flight plan into the computer, checking our instruments are working, checking the weather outside, calculating our take off weight, engine thrust and speeds and getting ready for engine start. Cockpit tasks are divided between ‘pilot flying’ and ‘pilot monitoring’; the captain and first officer usually alternate these roles on successive flights (sectors).

“The fundamental principle of how a captain and a first officer work together is that we monitor and cross-check everything we do. So, for example, air traffic control might tell us to adjust our altitude; the ‘pilot flying’ will set the altitude, and the ‘pilot monitoring’ will confirm that the correct change has been made by the ‘pilot flying’. The first officer is also perfectly capable of flying the plane if the worst should happen to the captain; they’ve received the same training.

“Ten to 15 minutes before departure, the first officer and I will have a briefing. We’ll finalise our taxi departure, get the last of the paperwork underway and double-check the route. We always put safety first - it’s our number one priority - but we’re also very careful to try to stick to our departure time. Pre-flight, everyone’s working hard to stick to the schedule, from the bag loaders to the pilots. The clock drives this process; whole teams are working to get the aircraft closed up and on its way. It’s a high-pressure time, and reminds me of an F1 pit stop. 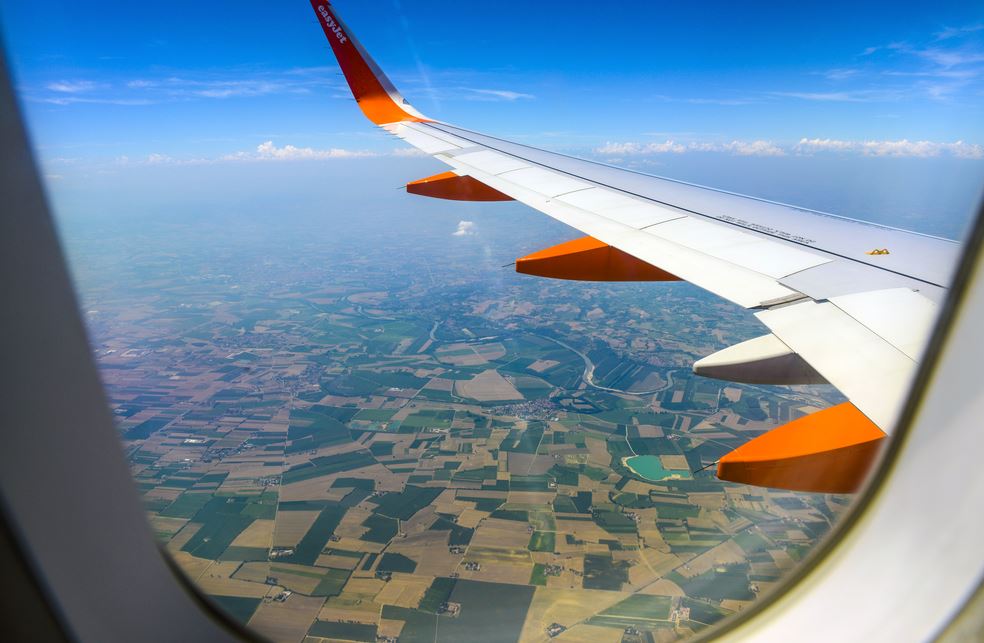 “Taxiing to the runway can take a while because there are normally queues, especially if it’s a busy airport. At Gatwick, planes usually alternate between taking off and landing, and as soon as a landing aircraft crosses the runway threshold, the next plane to take off can begin to start moving onto the runway. During that time we complete our final check list; cabin secure (all passenger seat belts fastened), engine modes set, Traffic Collision Avoidance System (TCAS) set and then we’re ready to go.

“A lot of people think that we pause on the runway for final checks and to check everything’s working as it should, but in truth, we could just perform a ‘rolling take off’; that’s where we turn the corner onto the runway and just keep going, without stopping. However, at most airports, the runway will be occupied or there could be a two-minute gap left between departures due to wake turbulence; this is required when departing behind much larger aircraft, and time separation is necessary to allow the disturbed air to dissipate.

“During take off, our climb, the descent and the landing, we’re very focused, and very aware of our proximity to the ground. There are potential hazards throughout the flight, but take off and landing is when it’s potentially the most hazardous time. However, once we’ve finished our climb and we’re cruising, we can sit back, take stock of the flight and relax a little. The past hour will have been really busy for us; cruising is a welcome break, and much quieter. We’ll check on the weather at our destination, the fuel we’ll need for our return sector and then focus on getting to our destination.

“After we land, we don’t get a chance to leave the plane; five minutes after the last passenger has disembarked, the passengers flying on the return leg will be boarding. During the interim, we will swap roles and the pilot who flew the inbound leg will get out of the plane and carry out an external check, just to give the plane a once-over and check we haven’t hit any birds, or sustained any damage we weren’t aware of. Meanwhile the other pilot will start making the necessary preparations to fly the return leg.

“There isn’t much for us to fill in when we arrive at our destination; the aircraft has hi-tech equipment on board which lets HQ know when we taxied, took off, landed and parked, so there’s very little paperwork for us to fill out. Then the whole process starts again, in reverse.

“On the Thursday when I’m flying to Malta, my working day will start at 5.25am when I report for duty, and will end at 2pm, when the flight has landed and, after a short debrief back in the crewroom, I’m off duty. It’s a lovely short day; however, the week after that, I’m flying from Gatwick to Basel, twice, so that’ll be three turnarounds and four separate journeys. That’ll be a long day.

“I never find the job tedious or boring, but it can be a little frenetic; during these short flights, there’s no time to relax after you hit cruising altitude; once you’re up, you have to start getting ready for the descent. You can become a bit tired by day five of a five day stretch, but that’s to be expected, and we recover well during our four days off.”

Alex Salmond barred from flight after disguising himself as Captain Kirk →