Patrick Smith of Ask The Pilot answers all our questions 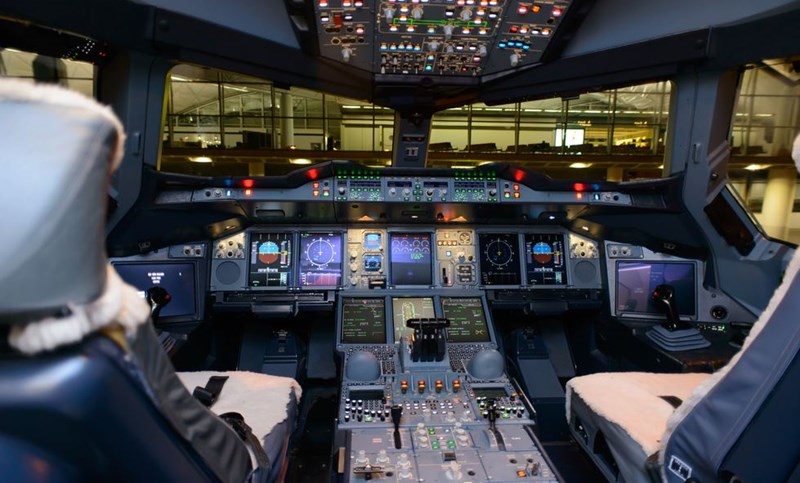 Patrick Smith is a hero. Well, we like to think so anyway.

Whether you're obsessed with all matters aviation or you're a slightly nervous flier, his book, Cockpit Confidential, has all the answers to the questions that have preyed on your mind during a flight. Is turbulence normal? Does autopilot fly the plane? (clue - no, no, no). Do the cabin crew eat the same food as us?

We're such big fans of Cockpit Confidential that we decided to briefly corral Patrick and see if he'd answer some of our flying-related questions. He rose to the challenge; his answers are below.

If you hadn't been a pilot, what would your second career choice have been?

That's an interesting question, and one that I have no immediate answer to. I'm creative; I love to draw and sketch things, so maybe an architect who designs baseball stadiums. Or a graphic designer, something like that. And while it might sound strange, I'd like to run and manage a small hotel somewhere. I wish too that I could be more involved in conservation work. I'd like to be one of those guys who patrols around the Congo or Cameroon with an AK-47 shooting elephant poachers.

Would you rather never have sex again, or never fly again?

Are you kidding? Nobody likes flying *that* much. Not me at any rate.

Have you ever been sick due to turbulence?

What would you say to someone who’s frightened of take off, due to all the noise?

I understand your apprehension. The plane is making the transition from ground to flight - a transition full of commotion; acceleration, noise and vibration. I don't much like it myself, to be honest. It's funny because a much larger number of people are nervous about landings. Yet it's takeoff that's the more precarious manoeuvre, inherently. If you insist on being nervous, takeoff if your moment, not landing. But it's not unsafe. The tens of thousands of planes that depart safely each day are testament to that. More in chapter three of my book.

What’s the weirdest thing anyone’s ever brought on one of your flights?

Anyone? I once smuggled a live hedgehog onto a US Airways flight.

Have you ever flown a celebrity, and if so, did you have the chance to meet them? Feel free to pass on as much gossip as possible.

Remember Sinbad, that comic from the late 1980s? Well, you can Google him. He was the first celebrity I ever had on my plane. He sat in the back bench-seat of our 15-passenger Beech-99 surrounded by an entourage of beautiful girls. When we landed in Nantucket, he took me and my copilot to one of the little restaurants there and bought us chicken sandwiches. He was interested in buying his own plane and wanted to pick our brains about that. Robert Bork, Mike Dukakis, F. Murray Abraham and Anthony Bourdain are the others that jump to mind. But I have no gossipy stories. They all sat quietly.

Riding as a passenger, I've twice been on a plane with Henry Louis Gates, Jr., and once with Chelsea Clinton. I spent the longest time looking over at Clinton, not recognising her at first, trying to figure out who in the world she was. I *thought* it was somebody famous, but I couldn't place her. She looked so deceptively normal and unassuming, sitting there in a sort of sexy pair of jeans and a sweater. She'd walk down the aisle to the lav, and I'd stare at her butt. For a second or two I thought maybe it was somebody I knew or worked with. Suddenly I realised it was the former President's daughter.

Do you ever check out cabin crew when you’re flying as a member of the public, and secretly judge them?

I try not be judgemental towards flight attendants, because they have difficult jobs and have to put up with really irritating people sometimes. But to a certain extent it's inevitable. One thing that I tend to judge, often harshly and whether from cabin crew, cockpit crew, or gate staff, are public address announcements. I can't stand it when employees make mealy-mouthed announcements full of jargon and airline-ese. "We would like to begin the boarding process at this time." Or, when they dumb things down - such as when pilots describe having to refuel as 'getting some gas'. That makes the whole operation seem childish.

Do cabin crew have any 'code words' they use when dealing with difficult passengers?

No not really. Not unless 'jerk' is a code word.

Rumour has it that if someone dies on a flight, they are moved to the back of the plane and covered with a blanket. Is this true?

Protocols vary airline to airline (offhand I don't know my own carrier's procedures; I'd have to look them up), but that's certainly possible. Generally you wouldn't divert or turn back unless foul play was suspected or there was something else unusual about the situation.

Have you ever been on a flight and thought, "This is it, we’re toast."?

The closest to that I've ever come was back in my private pilot days. Namely, flying in a four-seater one day in 1986 over Nantucket Sound when I almost collided with another small plane. The full story's here.

The way I see it, the fact that it happened so long ago, and in the context of private VFR flying, only underscores the safety of commercial flying.

Have you ever lost your temper with someone who wouldn’t stop questioning you about flying, maybe at a party or intimate social gathering?

I can't remember the last time I was at a party or 'intimate social gathering'. My life is actually pretty boring. So no, I guess not. Fielding questions keeps me busy.

Read more about Patrick's jetsetting lifestyle here, and buy your copy of Cockpit Confidential here. It's a brilliant read, trust us.