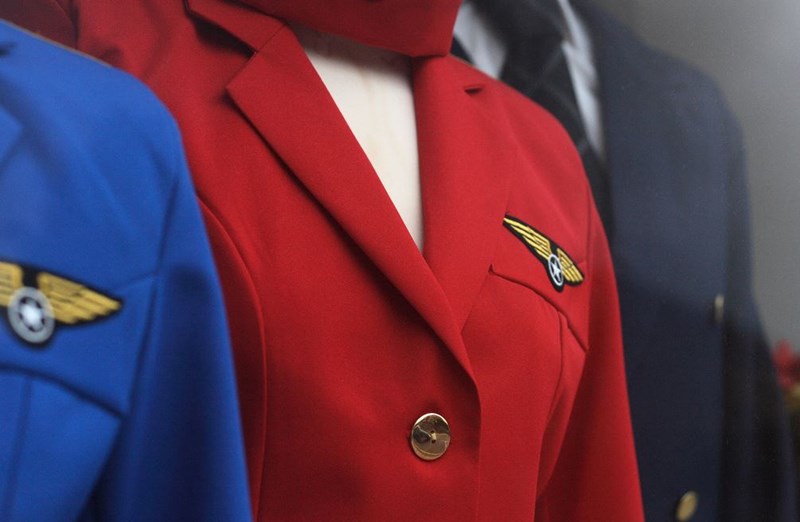 Even though we’re all still fascinated by the world of air travel, who doesn’t wonder about the glamour of yesteryear?

Jaqui Perry worked as cabin crew from 1968 to 1971 for British United Airways, which then became British Caledonian, and eventually was absorbed into British Airways. Determined to succeed, she worked her way up the ladder; she was initially given menial tasks to do, but by the end of her career was in overall charge of the crew and passengers.

Esther Dowds worked as cabin crew for eight years, beginning her career with British Caledonian in 1984. She worked as a purser, so was in charge of entire cabins - and it fell to her to make sure the passengers were well cared for. 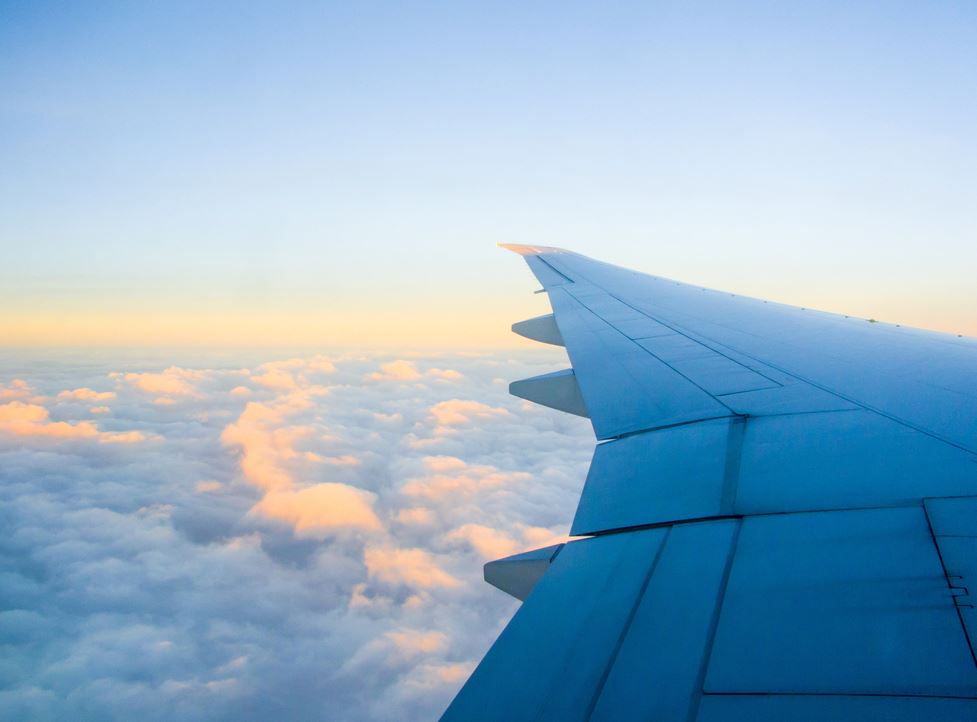 Why did you become cabin crew?

Jaqui: I took the job because I loved dealing with people (I think that people were much nicer in those days) and wanted to marry a pilot - which I did!

Esther: I wanted to travel; I’d finished uni, and took the job as a stopgap. Little did I know that I’d be doing it eight years later! Initially, it was fairly inflexible if you had kids, but I was able to go back part-time after I had my first child.

What was the job like? Do you think cabin crew today have a much harder time?

Esther: I think we had a far better lifestyle than cabin crew do these days; however, I think short haul flights are much easier! We had to serve coffee, then meals, then liqueurs; in my opinion, there was so much more to get done. However, we had more relaxing layovers. We always took our best clothes with us, in case we were invited to an embassy or on board a yacht, which happened from time to time. And we stayed in five-star hotels. However, when I left, things were going downhill; the pay wasn’t as good, the hotels weren’t as luxurious, and the layovers were shorter.

Jaqui: The job was very hard work, and we often had to do up to three night flights in succession, which could be very tiring when there were technical delays. It usually meant that your next day off was spent in bed, fast asleep. I don't think it is harder now but we did have longer stopovers and more of them.

Some cabin crew from previous eras talk about debauched parties at stopovers and lots of extracurricular fun. Was this the case, in your opinion?

Jaqui: There was certainly a lot of debauchery and extracurricular fun which I heard about, but I was not into it at all - I was much too shy and involved with my pilot!

Esther: We tended to do fun stuff; during the layovers, every night was party night! I don’t think that working for an airline has a ‘sense of community’ any more; since the security measures put in place after 9/11, flight, door and cabin crew don’t have much interaction. If we flew somewhere like India or Africa, we’d organise safaris and go out sightseeing; we felt like we were part of a team. The people who did the job wanted to party - they were a lot of fun - and when I left the job, it was starting to get dull. People were saving for mortgages and staying in their rooms a lot more.

Did lots of cabin crew smoke and drinks on flights?

Esther: People smoked because they could; often, passengers would come down to the galley for a G&T, a smoke and a chat with us. We used to prepare ‘landing drinks’ for when we had landed and the passengers were still strapped in, but we could enjoy a drink before we arrived at our gate. The rules were still quite strict, though. I heard about cabin crew drinking during flights, and they were sacked.

Jaqui: I know that cabin crew smoked and drank alcohol on flights, but these were normally when dead-heading (flying without passengers) or after landing, when taxiing on the ground back to base. 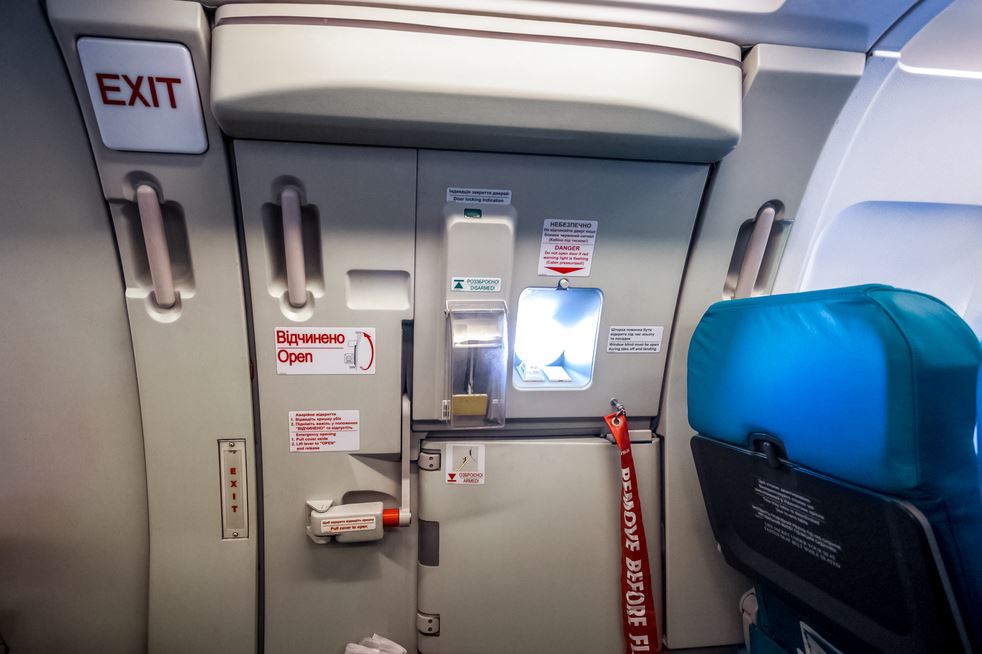 Which freebies were on offer, if any?

Jaqui: The only freebies we got were duty free cigarettes, alcohol, and very cheap flights.

Esther: It wasn’t a great job for freebies. People sometimes decanted alcohol into water bottles, but on the whole, it was stuff like peanuts and teabags. Some people used to sell the champagne meant for first class to people in economy, and pocket the money; however, the Mail picked up on this and there was a huge scandal, so it didn’t happen much after that. There were always gung-ho members of staff willing to give it a go, though - however, I didn’t approve. 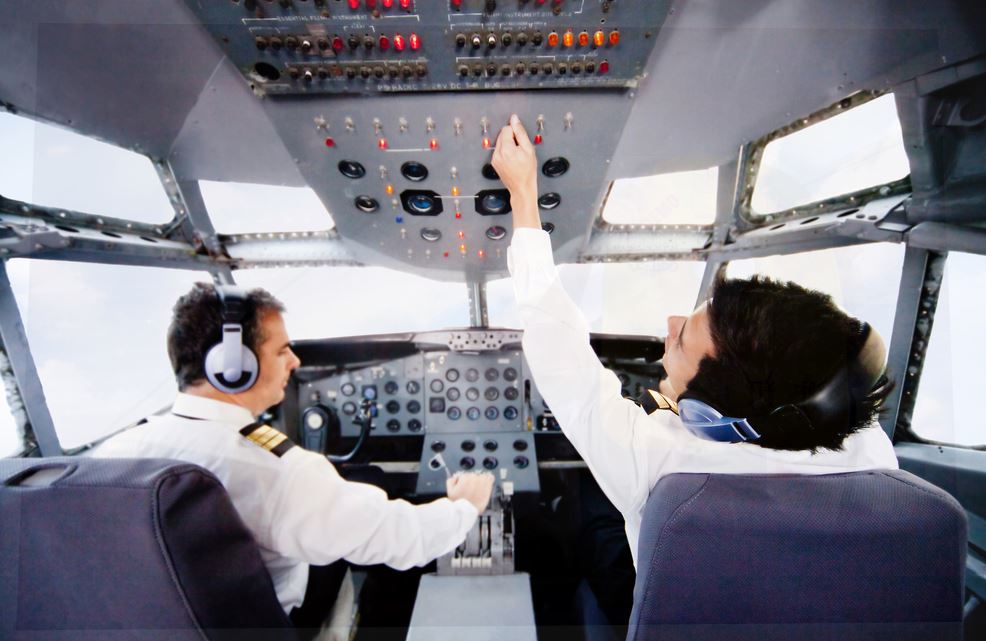 What was the most fun part of the job? Did you have a lot of freedom?

Esther: It was a lot of fun. You could be shopping in Hong Kong one week, skiing in the US the next, and lounging about on the beach in the Bahamas after that. The flights could be hard work - I had some nightmarish journeys to Florida and Nigeria - but in some ways the job was like a holiday. I think I got the best of the last years of working as cabin crew.

Jaqui: The most fun part was doing the job - passengers were much nicer people back then! The other members of the crew were also fun, as you got to know everyone. There was a lot of freedom for cabin crew, although I often got ticked off on stopovers for going exploring on my own, rather than joining the staff parties.

There was also a lot of silliness; I was crowned the first-ever Miss Gatwick Airport (there was no competition - it was an unwanted appointment). My prize was dinner with a drunken George Best; that was pretty memorable! 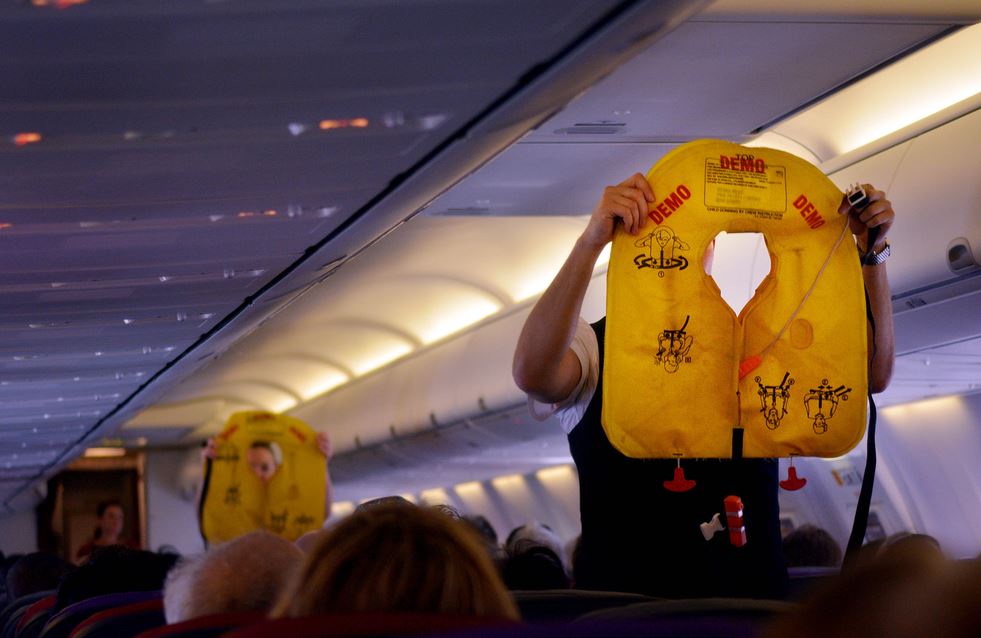 What was the worst part? Was there a lot of sexism, or long hours?

Jaqui: The worst part was the fatigue. Successive night flights with technical delays were a killer. It’s hard to be nice to people when you feel half dead!

Esther: I didn’t like the time changes, the lack of sleep, missing family gatherings and working during weekends. The job plays havoc with your social life. A lot of stuff went on between pilots and cabin crew - the girls all wanted to marry a pilot! The pilots said things to us back then that they’d never say now, but they were also great protectors; if we were somewhere like the Middle East and ran into trouble, they’d help us out.

Do you ever look back at the relaxed security laws and reflect on how things are now?

Esther: I think it’s sad that people aren’t allowed to visit the captain any more - children used to love that. On the whole, I think the increased security measures mainly affect the flight deck. The pilots used to come and chat to us; now that’s not possible.

Jaqui: Security was not really that relaxed but the problems that exist now were just not there. Security these days is not only a lengthy nightmare, it’s also full of holes. 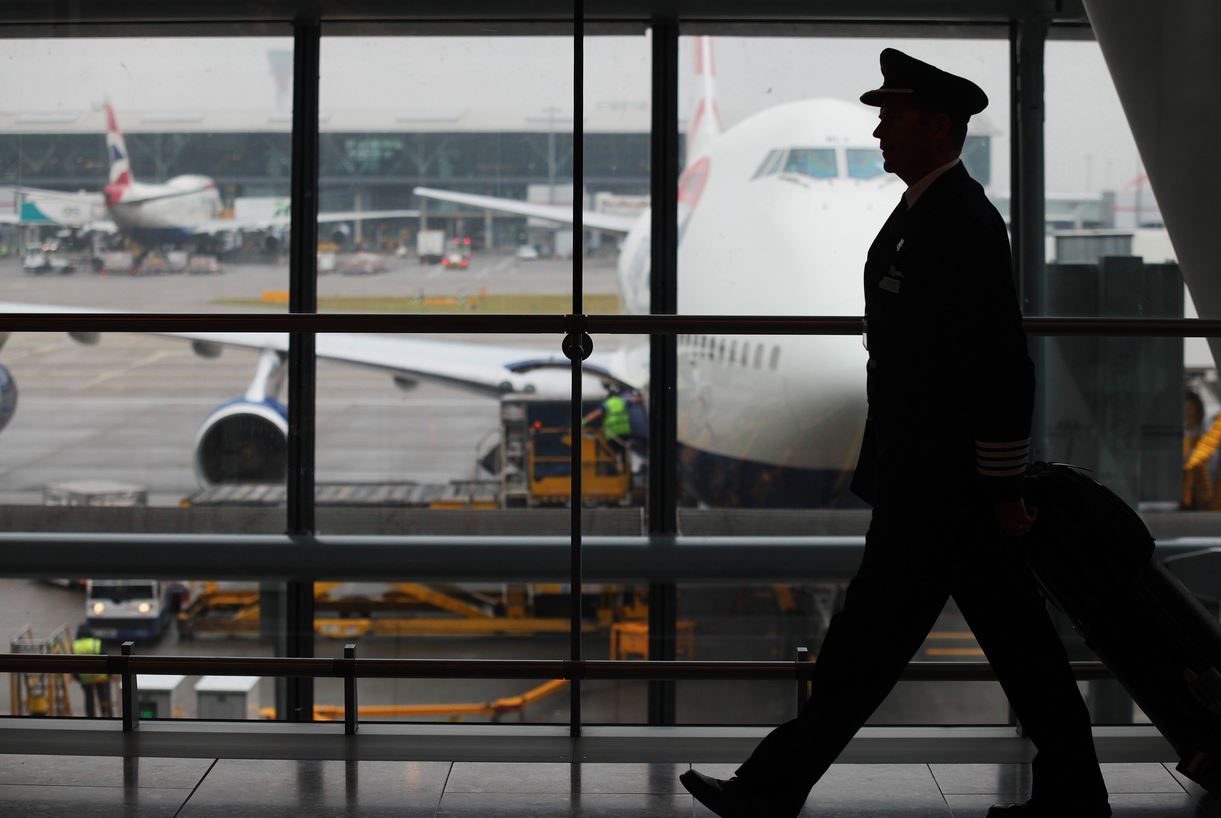 Did you always feel safe on the plane, and trust the pilots, or do you feel safer these days with all the tech on offer?

Jaqui: I always felt safe on planes and trusted the pilots, as they were always very professional while on duty. I certainly would not feel so safe now as there is so much dependency on technical flying, and I don’t feel that pilots are as skilled at fall-back hand flying.

Esther: Pilots always have to be on top form, so I always felt safe. They have to protect their jobs. Twice a year, they face a series of intense tests including simulator exams and a medical; there aren’t many jobs where you can face unemployment every six months. The pilots I worked with drank a lot, but I never saw anyone who I believed to be drunk or on drugs in the cockpit; they always played it safe. Once or twice they flew us in to land through hurricanes, and even though they were big party animals, I never doubted their professionalism.

Were your employers fastidious about height, weight or make up being worn?

Esther: There were certain stipulations. If you were over a certain weight, they’d have a word - and senior staff members ran a practiced eye over you before you boarded the flight. British Caledonian was very big on glossy hair, lipstick, painted nails; they liked the ‘dolly bird’ look. British Airways liked its staff to look groomed, but not glam.

Jaqui: I was an inch too tall at 5'9", but so keen they let me in! Weight had to be in proportion to height, make up was always worn and hair had to be tied up and off the neck. 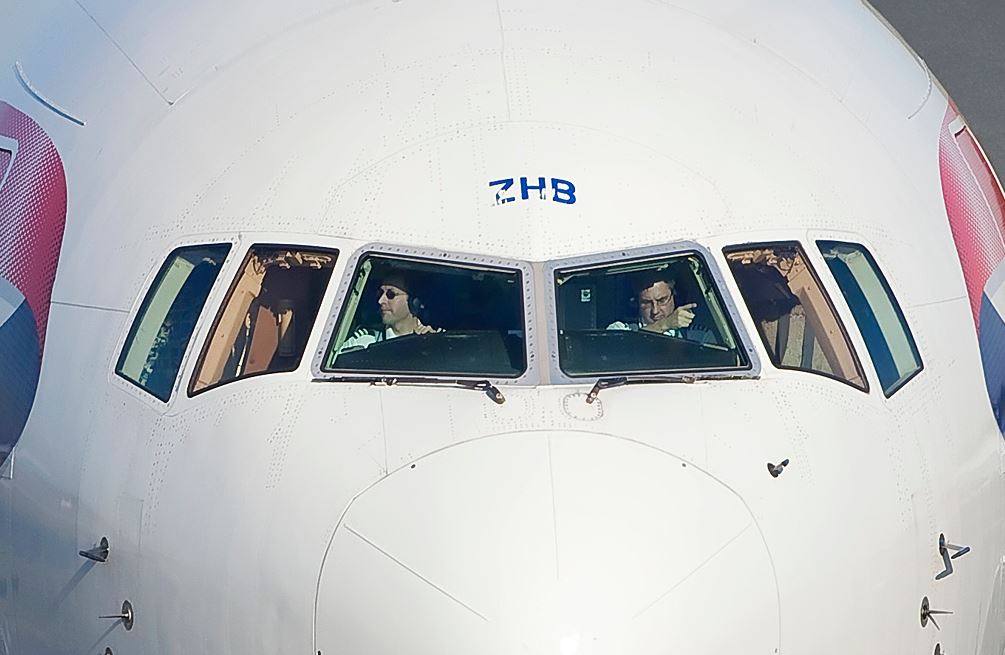 Would you ever advise people to do the job now, or was it only fun back in the day?

Jaqui: I certainly would not do the job now - the passengers I’ve seen on recent flights are horrible and there’s lots of generally sloppy behaviour. It’s not for me.

Esther: I still think it’s a great job - but it’s different now. We had more downtime. I truly believe we had the final few years where it was a glamorous, fun-filled job. The era before that was even better; people were wined and dined by sheiks, and taken out on yachts; it was as glamorous as it sounds!

Image credits: The British Airways press office and Flickr, with thanks to Rob Brewer and Maarten Visser

← How to sustain a holiday romance once you're back home