How to sustain a holiday romance once you're back home 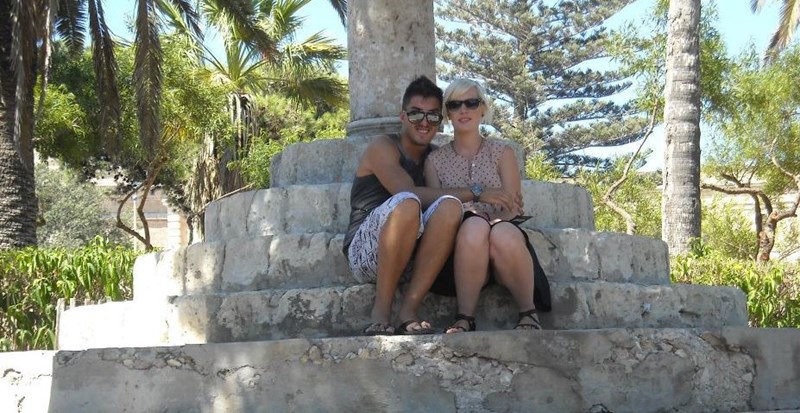 Few can resist the allure of a holiday romance; the heat, the sea, the bars, the clubs and the cheap-as-chips drinks, coupled with a lack of responsibility, fast-track ‘feelings’ like nobody’s business. Emotions run high, bar tabs run even higher, and before you know it, you’re weeping on an easyJet flight, convinced you’ve met your ‘one true love’.

However, what happens when you continue the romance at home, and you have to deal with the added distractions of going to work, wearing cardigans and seeing friends and family? We decided to find out... 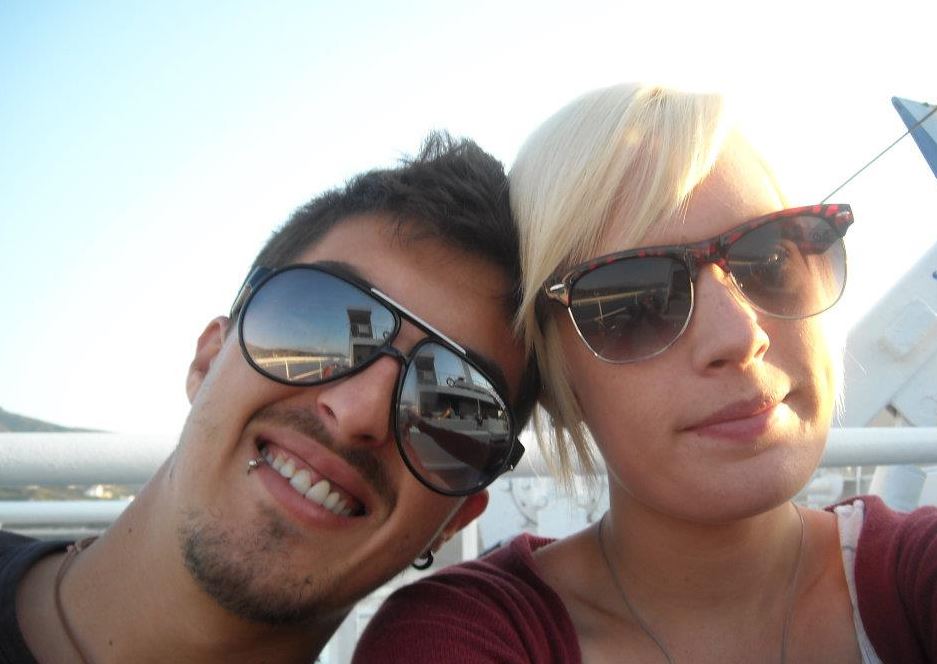 How long was your holiday - and how much time did you have together before you had to fly home?

I was there for two weeks and Tindaro was there for one. We met on the first day that he was there (he arrived in the middle of the night/early that morning), so we pretty much had a whole week together. We met up every day until he left.

How did you meet?

I was reading a book, sitting on a bench overlooking the beach, and he walked past with his friend. He was sunbathing on the beach (as Italians do!) and I just stayed in the shade reading (I am far too pale for the sun!).

After finishing my book, I went off to get a drink and walk back home (I was in Malta visiting family, so I was walking back to my mum’s house). He saw me go past and waved; I don't know why, but I decided to do a sarcastic wave back.

At this point, he jumped up and ran over to me, frantically putting on a t-shirt and trying to speak to me in Italian, which I didn't understand. He muddled a sentence together asking if I was going out that night, but I kind of brushed him off.

Later that night, I was in a bar and walked into him - after that, he didn’t really leave my side for the rest of the night. The next day he turned up at my mum’s house with an Italian to English dictionary to try to communicate better.

Was it instantaneous, or was it a slow burner?

I could see from the start that he was a very sweet-natured guy, and that's what really pulled me in. I didn't instantaneously think ‘Oh my God!’ as someone running after you shouting in a different language is a little strange. But after spending time together we really got on together.

Did you dedicate your entire holiday to each other, or did you play it cool?

We hung out in the day, then we went out in the evening with my sister and his friends. We saw each other every day but it was pretty relaxed. 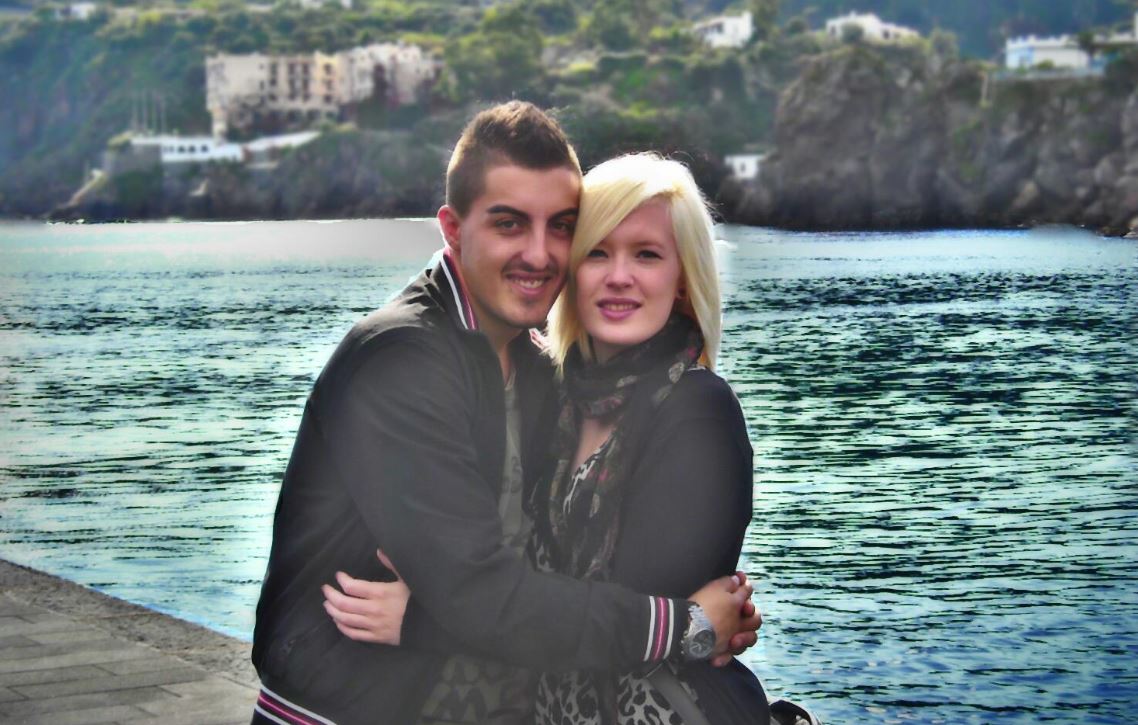 Any particular highlights or tricky spots you hadn't anticipated, such as friends/family getting cross with the amount of time you spent with each other?

The biggest tricky spot was the fact that he spoke barely any English and I spoke zero Italian! That was a massive hurdle to get over, now, we say we can't believe how we actually used to communicate with each other. I speak Italian and he speaks English now.

He was there with a few friends and I was visiting family and still had another week to spend with them, so there wasn't any pressure from family or friends to spend my time with them.

Did you anticipate carrying things on at home – or did you think that once you flew home, that was it?

He had approached the conversation with me and had asked me if we could continue to contact each other after the holiday. He was a really nice guy, so I was good with that. Besides, even if it was only a friendship, that would have been fine with me too.

Once you were home, who contacted who first?

He messaged me as soon as he got back home while I was still on holiday!

What was the dynamic like; was being back in the UK a strain? Were things the same?

We used to text each other every day. Since we met four years ago, there hasn't been a day that we haven't spoken to each other.

It was difficult, and no one really believes these things actually work out, so you seem to be kind of fighting against the grain of normal relationships. However, if you put in the time and effort, then you can make it work.

Did you live far away from each other, and if so, how did you make things work?

Well, I’m from the UK, and he is from a small island off the coast of Sicily called Lipari. It’s quite a remote place. I visited him and he visited me. I had to take a plane, two coaches and a boat to actually get to where he lived!

When we were home we would message and Skype daily to keep in touch.

You've been together for four years and you’re engaged; did you ever predict this would happen when you met?

No! Definitely not! I didn't really expect much from it, if I am honest. It just seemed to work out this way.

What advice would you give people who are considering taking a holiday romance home?

It really does depend on the person you are getting involved with. I’m aware that people can ‘let their hair down’ on holiday and do things they wouldn’t normally do at home, but I knew he was actually interested in me for more that just a holiday 'fling’. He was a gentleman and took the time to get to know me, and a relationship just grew from it. I don't think a quick fumble in the back of a club is really going to blossom into anything once you get home, so pick that person well.

A long distance/holiday romance is like any other kind of relationship; if you put the time and the effort in, it will flourish. There may be more obstacles to get around; if you meet someone from a completely different country, but if you feel like there is something there, then you can make it work. Just be open and honest with each other, and enjoy it.

Chloe and Jared met in a karaoke bar in Portugal in 2007 when they were in their late teens. 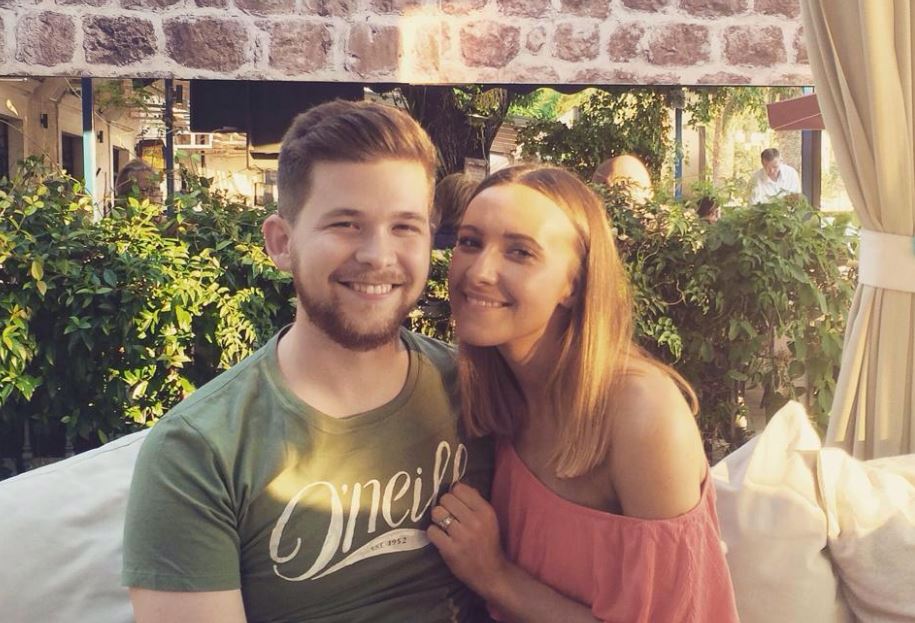 How much time did you get to spend together?

We met on the last evening of Jared’s holiday.

How did you meet?

We met in a karaoke bar. We were both with friends, and our groups got chatting. We ended up spending all night chatting and he walked me back (even though my 16-year-old brother was there and we were in a big group, smooth!). We swapped numbers, I made up the excuse that I was looking at Leeds as a potential university as that’s where he was from, so we thought we’d meet up.

We got home, started talking, and the rest was history. I moved up for uni, we’re now married and have been together for almost 10 years! 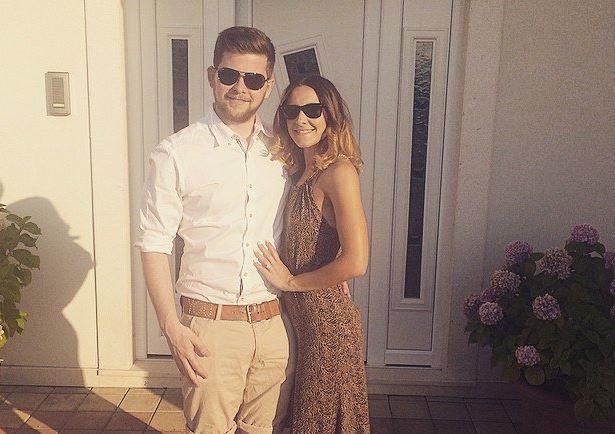 Was it instantaneous, or was it a slow burner?

We hit it off straight away, but didn’t expect it to get serious; it was more of a slow burner!

Did you anticipate carrying things on at home – or did you think that once you flew home, that was it?

Not really. I didn’t actually have his number, I quickly gave him mine. He contacted me about 2two weeks after we got back. I think I did have a quick search on MySpace (feeling old!) for him when I got home, but kind of shrugged it off when I got back.

Once you were home, who contacted who first?

He contacted me; I didn’t have his number.

What was the dynamic like; was being back in the UK a strain? Were things the same?

We’d only met on the last night of a holiday, so we didn’t really have this issue.

Did you live far away from each other, and if so, how did you make things work?

We did. I was in Surrey, and he was in Leeds, so we lived four hours away from each other. We both drove, so met up in Leicester often at the halfway point. Our first date was at the Leicester Forest services (just kidding!). After that, we’d spend our weekends travelling to see each other. I moved up for uni about a year later, and things became easier then.

What advice would you give people who are considering taking a holiday romance home?

I think sometimes long distance relationships can be good, especially when you’re young, so don’t fret about it - it gives you both space. Holiday romances aren’t always bad news, we’re proof of that!

← How to organise a stress-free wedding abroad