A parental guide to holiday romances 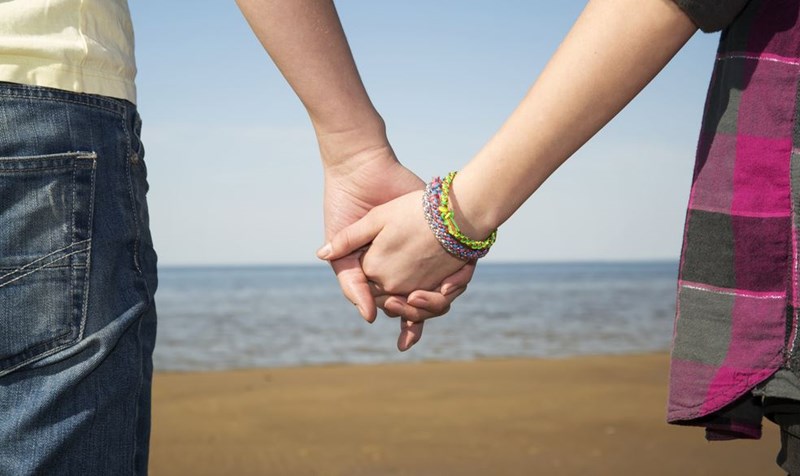 Ah, holiday romances. The domain of a million teenage romance novels and normally the reason why you hear "But, Dad, I love him!" being screamed at any European airport over the summer.

If you're about to jet off on an autumn break and you're a bit concerned that your boy-crazy (or, indeed, girl-crazy) 15-year-old will be fraternising with the local youths before you can say "Don't even think about it - he has a motorbike," here's your guide to keeping your kids safe while letting them make the most of their holiday.

DON'T attempt to win cheap brownie points by letting your kids stay out as long as they like, assuming that they'll repay you by being thoughtful. As a rule, younger teenagers don't have that 'off switch' that kicks in at around 3am, so don't be surprised if they crawl in the next morning and then accuse you of not sticking to your word if you get angry. Make midnight the limit if they're under 16.

DON'T sidle over to their love interest and attempt to get the measure of him/her. At best, you will look peculiar. At worst you will look like you have extremely unsavoury intentions.

DON'T threaten your child with a grounding/lack of food/punishments back home in order to get them back to the hotel before their curfew. Their response will usually be to ignore you and stay out until sunrise to 'prove a point'. Plus, everyone knows it is technically impossible to ground someone on a holiday.

DON'T ask them if they've been up to any 'naughty business' when they get in. Your child will be mortified. Plus, why would you want to know about any of that? Honestly. It also goes without saying that you shouldn't ask your offspring any embarrassing questions in front of their love interest. It may seem funny to you, but you may hurt their feelings. They're trying to be adults too, remember?

DON'T stare or laugh if the romance comes to an end at the airport, and there are a few tears before take off. Holiday romances can seem intense at the time, and there's a good chance that they'll be forgotten by the time you get to Gatwick, but even so. Be kind.

DO allow your children and their friends to enjoy a few drinks with you in the evening if they're legally allow to quaff alcohol. It's much better than letting them slope off to a bar, you can keep an eye on them, and they'll probably appreciate that they won't have to spend any cash to have a few beers.

DO let your child know, in a non-humiliating way, that they can come to you for any love-related advice. If they come to you to talk about sex, use your judgement, and try to keep cool. It's better that they're coming to you with their concerns as opposed to slinking off to the beach to do whatever they fancy.

DO cut your kids some slack if you've promised they can speed off to see their beau after a family meal. Provided they've been excellent company and not been sulking in the absence of their beloved, set them free as soon as they've had their dessert.

DO research the local bars and cafés before you leave the UK so you can recommend some places to go if your child is heading off on a 'date'. Don't forget that legal drinking ages (along with the age of consent) vary from country to country, and that your child's curfew must reflect their age and level of maturity.

DO make sure that you give them enough money for a few drinks, something to eat, and make sure that they have enough for a taxi home. You don't want them catching a late-night bus or a ride with someone that may have been drinking.

DO remind your kids that if they suffer any injuries abroad as a result of drinking or drugs, the travel insurance policy covering them may be invalid, and you could be landed with a massive bill. With a bit of luck, that'll slightly curb their drinking, but it probably won't be enough to discourage them from downing a few flaming sambucas.

Brit holidaymakers splash out on breaks in 2014 →