Eat well in New Zealand: The foods you’ve got to try during your trip

Get your quote now
Home > Blog > Eat well in New Zealand: The foods you’ve got to try during your trip 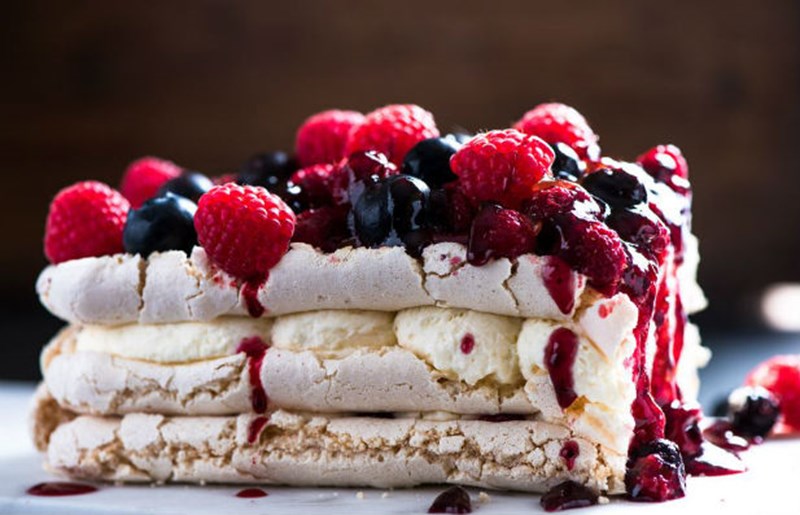 It’s fair to say that New Zealand’s one of the coolest places on the planet. This is the country that gave us Lorde, rugby ‘war dances’ that hammer the opposition into quivering silence, and Flight of the Conchords. It was the first place which gave women the vote. And they know what they’re doing when it comes to sheer, unadulterated fun.

You see, the Kiwis don’t just know how to eat well – they know how to live well. This is the place to give your adrenal glands a thorough workout. From bungee jumping to caving, sky diving to jet boating, your imagination’s free to go wild.

When you’re standing at the top of the bungee platform, ready to take the plunge, you’ll feel so many emotions. Excitement, elation – maybe even the faintest touch of nerves! Wouldn’t it be great to add some peace of mind before you leap? Columbus Direct’s New Zealand travel insurance covers over 150 sports and activities including bungee jumping, zorbing and many more. So, if you want to try something new, this is your perfect opportunity. Get out there and make the most of your holiday!

After your hectic day of thrillseeking, you’ll have worked up quite the appetite. You’ve pushed your mind to the limit – and now it’s your palette’s turn. So, with that in mind, let’s don our napkins, sit down at the table and look at the best foods New Zealand has to offer. Kia mākona, everyone (that’s ‘enjoy your meal’ in Moari)!

The finest foods which New Zealand has to offer…

This rich, creamy and fruity dessert has an unusual etymology - it comes from a ballet dancer who toured Australia and New Zealand at the start of the twentieth century. Ballet dancers are known for being fastidious about their diet, so maybe this was a rare treat for her - who knows. Both Aussies and Kiwis claim to have ‘invented’ the pavlova, so watch tempers fray if you decide to initiate a discussion on which country got there first.

If you haven’t ever tried a pavlova, you’re in for a treat. It’s a fresh meringue base covered with fruit - kiwi fruit (obviously) and strawberries are commonly used. It’s then topped with huge dollops of whipped double cream. Served warm, the meringue outside is crunchy and melts in the mouth and the inside should be pleasingly gooey and almost like a marshmallow.

This is such a crowd-pleaser that it’s served throughout the year, but it’s most popular during the summer. Pair it with a New Zealand Sauvignon Blanc to truly immerse yourself in a taste experience you won’t forget in a hurry. 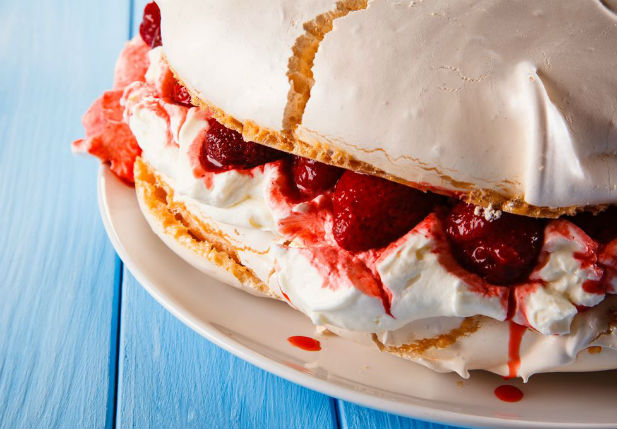 Forget Tesco’s soggy offerings that go stale within 30 seconds - these are the real deal. Make sure that you try Cookie Time’s ‘Original Chocolate Chunk Cookie’ - the recipe’s remained unchanged for decades and they come loaded with chocolate chunks the size of dice. If you’re feeling a bit fragile after a heavy night and you’re seeking comfort food, do what the Kiwis do and microwave one for about 10 seconds. They come out slightly warm, and the chocolate should melt into the dough.

The good news is they’re available at most shops, and if you’re a massive fan, there’s a Cookie Time cafe which will cater to all your biscuity needs. The white chocolate offering is especially moreish. 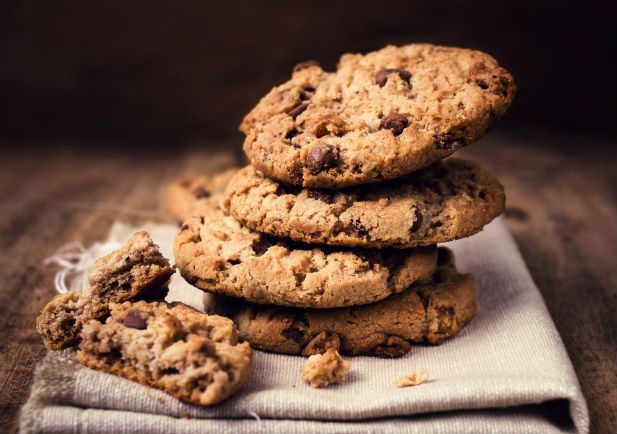 These may sound a little bit basic, but we promise that once you try them, there’s no going back. New Zealanders favour a weekly lunch event called ‘Sausage Sizzle Friday’, and the clue’s in the name. It’s a simple snack; pork sausages are smothered in ketchup and wrapped in a single piece of white bread. It’s a bit like a smaller, lazier version of our sausage sandwich.

They came about in the 80’s as a fundraising initiative (the ingredients are cheap and people were charged $1 per sizzle), but they became so popular they’re now considered a classic Kiwi comfort food. Look out for them at barbeques and outdoors events - and when you get back to the UK, our ostentatious hot dogs will never quite hit the mark. Of course, you could always make your own if you crave a sizzle at home - the ingredients are available in most supermarkets. 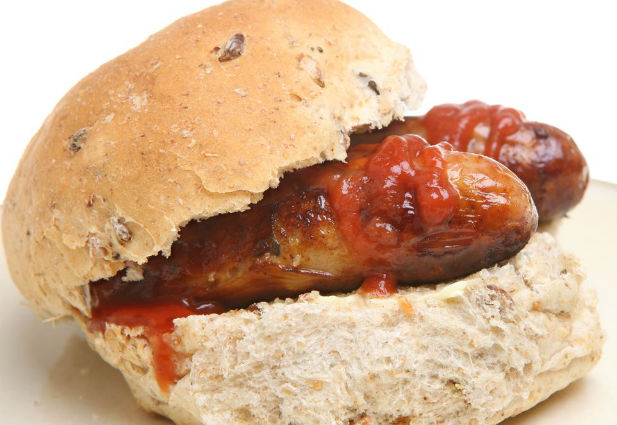 Hāngi is a great way of embracing outdoor cookery - it’s a traditional Māori method of cooking food using hot rocks in a deep pit. The method’s simple - build a fire, carefully cover it with rocks, cover vegetables or meat in leaves and place them on the rocks. Refill the hole with earth and wait a few hours; when you uncover your food, it should be perfectly cooked. The scent of the earth mingles with the food and gives it a lovely smell - just try it once. You’ll love it.

There are so many varieties of hāngi foods and recipes, but cooking with a fire pit especially suits roasts. Pork, chicken, beef, potatoes and pumpkin are popular ingredients - you can even add stuffing. New Zealand’s version of the sweet potato, kumara, and their lamb are a match made in heaven when slow cooked together. 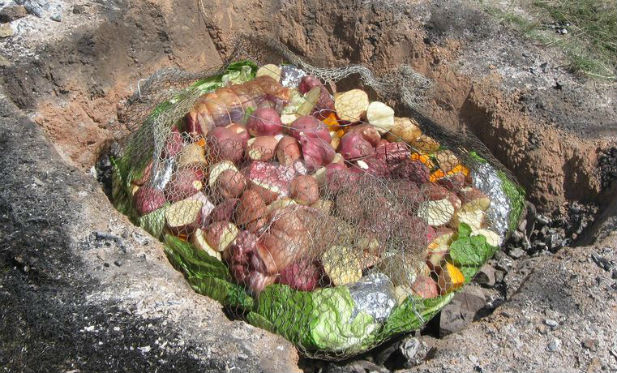 Fruit and chocolate sweets have often had an uneasy relationship (with the exception of chocolate-dipped strawberries), so you’d be forgiven for approaching these much-loved candies with caution. However, there’s no need.

Pineapple Lumps have been a firm favourite since the 1950s, and because they’re one of the only fruity-chocolatey sweets to take off, they’re hard to find elsewhere. You’ll often hear about Kiwi expats requesting boxes of the stuff from friends and relatives back home.

The reason they’re so suspiciously addictive is unknown, but our bets are on the soft, chewy centre, which has the consistency of a firmer marshmallow. 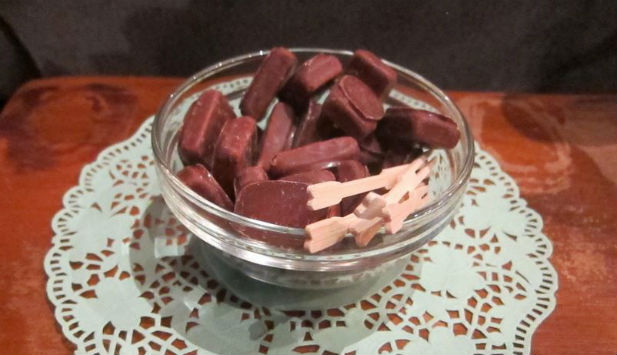 UK residents will be familiar with manuka honey - it’s found in most supermarkets and health shops. It’s mainly produced in Australia and New Zealand, and the main ingredient is pollen from the manuka tree. There are supposed to be numerous health benefits associated with manuka honey, including helping the immune system during winter, when cold and flu tend to rear their ugly heads.

The taste is quite different to the honey we have in the UK - it’s richer, heavier, and the pollen within the honey gives it a unique smell. Make the most of it while you’re in New Zealand because it’s normally pretty expensive in the UK. 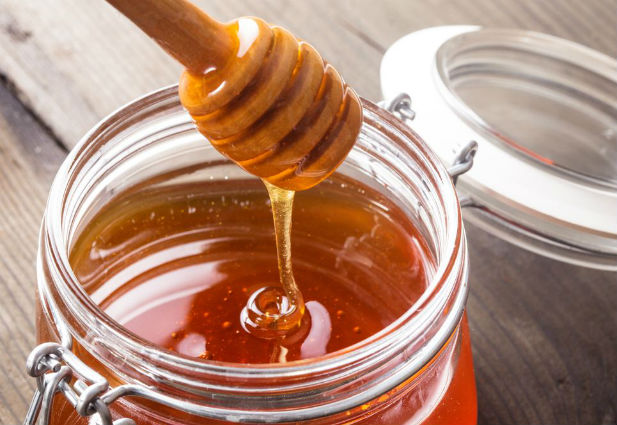 Come on - no foodie list for New Zealand is complete without roast lamb. New Zealand’s famed for its sheep farming, and without putting too fine a point upon the matter, they taste pretty good, too. Put simply, this is where you’ll find the best lamb in the world. Properly cooked, it’s flavoursome, tender and juicy - and as we mentioned earlier, it cooks really well hāngi style.

If you’re not really into roast lamb, many cafes and restaurants will serve their own take, from meatballs and chops to steaks, racks and lamb burgers. Unlike the Angus Steak Houses in the UK, which are primarily frequented by disappointed tourists, the ones in New Zealand serve a pretty good rack of lamb. McDonald's used to serve a lamb burger but it received a lukewarm response so it’s been taken off the menu, but that shouldn’t stop you from enjoying the best lamb the country has to offer. 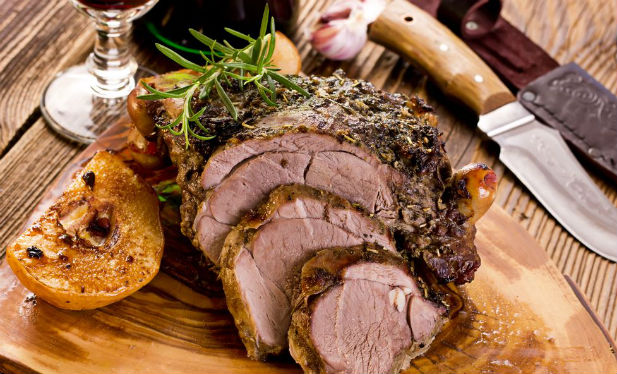 Not a crocheted rug, and not a dog - these iced biscuits are just as tasty as the behemoth cookies we spoke about earlier (you know, the ones with massive chocolate chunks). They’re cookies baked with corn flakes which are then liberally topped with chocolate icing, and finished off with a walnut half.

The texture is unusual - it’s crunchy and smooth, and although you might think it’s overly sweet, it’s not as saccharine as you’d expect. 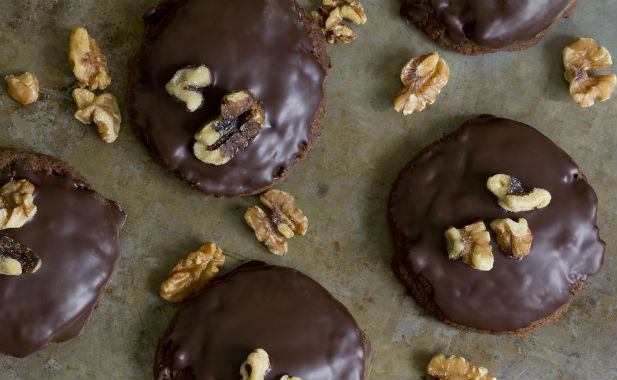 It’s fair to say that this isn’t a native New Zealand dish, but their way of making of fish and chips certainly packs a taste punch as effective as the UK’s version. Also known as ‘fush n chups’, which is how Kiwis pronounce it, it’s a dish far removed from what you’ll have experienced at home. Gone is the cod and haddock - here’s where you’ll find battered gummy flake, blue grenadier, snapper, flathead, mussels and prawns. 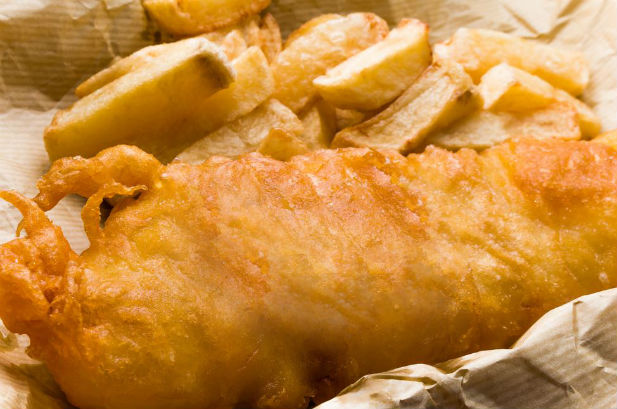 If you’re a great one for stodge, this glorious cheesy, meaty creation will tick all of your boxes. It’s normally a tender minced beef filling, topped with a thick layer of cheese, and wrapped in a soft crusty exterior. Like the aforementioned fish and chips, it goes well with a massive dollop of ketchup.

These pies were so deeply loved by the Kiwi public that a chain of restaurants, Georgie Pie, were created. The restaurants aren’t around any more, which is a shame, but the meat pie soldiers on.

These pies vary in quality and interpretation - you’ll find them in cafes, restaurants and petrol stations across the country. Most places don’t just stick to meat and cheese, although that’s a much-loved staple - Thai satay vegetable, curried chicken and wild pork and apple are all fairly common variations. 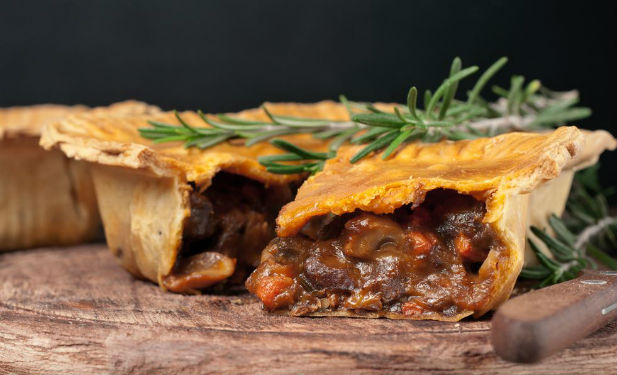 OK, OK - not technically a food, but this is one of the finest wines you’ll ever taste, and you may find you’re pining after it when you leave. This fruity and light dry white wine was first produced in the south of France, and now some of the world’s best-rated Sauvignon Blanc comes from New Zealand.

It goes pretty well with most foods - but paired with seafood or stronger cheeses, it’s a total delight. You’ll definitely find yourself scanning the shelves for this when you come home. 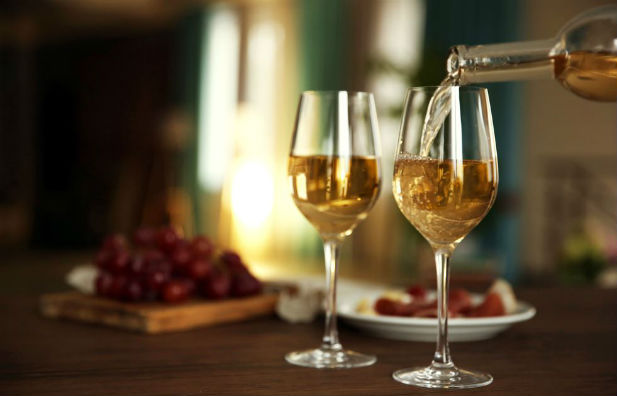 Flashpacker Family: ‘Whether you have them wrapped in paper while sitting on the beach or off a plate in a pub or cafe, Kiwis do a mean ‘fush & chups’. They’re New Zealand’s favourite fast food; even the smallest town will have a fish and chip shop.’ Read more here.

Serious Eats: ‘I was struck by the great cafe culture in Auckland, Queenstown, and Tauranga (the three cities where I spent the most time). You could always start the day with a flat white and a poached egg-topped ‘stack’ at one of the many cafes.’ Read more here.

Image credit: Flickr, with thanks to Liz Henry, Sarah Stewart