Flooding in the Indian states of Assam and Sikkim

Heavy rains in North East India have wreaked havoc in the states of Assam and Sikkim.  At least 21 people have been killed by the landslides and flooding caused by the torrential downpour.

Five people are reported to have lost their lives in Assam where as thousands are thought to be stranded.

16 bodies have been recovered in Sikkim and five people are still missing.

Rescue operations are underway in the affected areas. Helicopters have been dropping food supplies to people marooned in both the states.

It is thought to be the worst flooding in the state since 1998. Earlier in July, floods in Assam killed more than 70 people and forced nearly one million people to leave their homes. 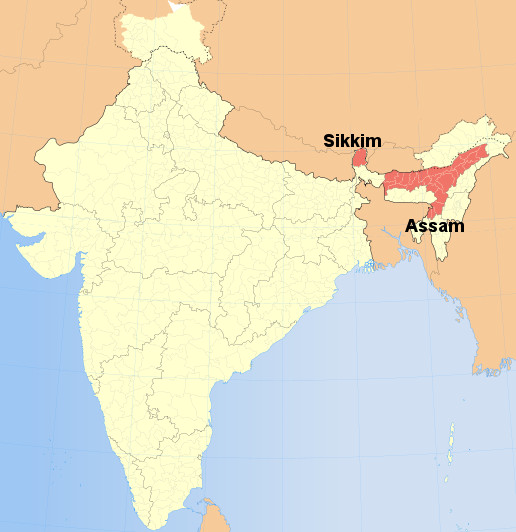 Please see some guidance lines below regarding the Travel Delay/Abandonment and Missed Departure sections of the policy further to any disruptions.

This story has been circulated in the mainstream media since 24 September 2012, 06.46 GMT - therefore policies purchased after this date will not cover claims relating to travel delay or missed departure cuased by these events.

Crocodile escapes on a plane bound for Melbourne →