It’s only natural to want to immerse yourself in a country’s traditions when you’re a tourist; however, what if those traditions clash with your own views?

People visiting Spain are often a little shocked by the country’s attitude to pastimes – and there’s one sport in particular which gets them talking.

Bullfighting’s one of Spain’s oldest traditions. It originally dates back to prehistoric animal sacrifices, and Roman hunting games. Although the exact circumstances under which bullfighting spread are uncertain, it was a sport that was for medieval Spain’s aristocracy.

There’s no denying its rich history – but this is a sport which has no place in 2016. We decided to speak to Dr Joanna Swabe, the Executive Director for Humane Society International/Europe, about how concerned tourists can make their voices heard. 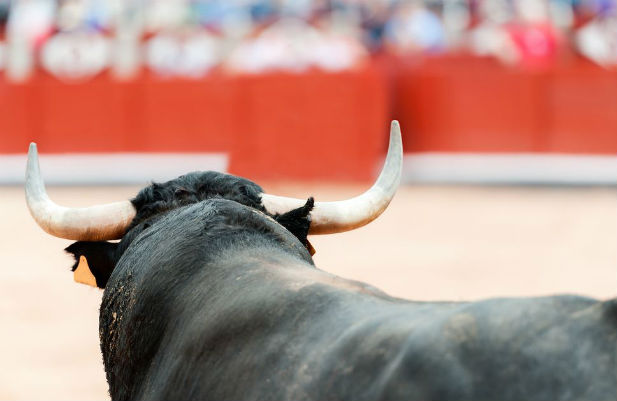 Bullfighting is a ‘traditional’ Spanish custom – and tourists may want to see it to experience the ‘real’ Spain. Why should they stay away?

Spain, France and Portugal are all beautiful countries, rich in history, art and culture. There are so many other ways to enjoy and experience a country’s traditions which do not involve harming animals.

Bullfights are outdated spectacles that perpetuate the idea that injuring and killing an animal for amusement is acceptable. They should be relegated to the annals of history.

HSI urges tourists to never attend bullfights and to educate their family, friends, and co-workers by encouraging them to stay away from bullfights.

What happens during a fight? How long does it last, and how does it end? Is it also dangerous for people?

A bullfight is split into three ‘tercios’, or thirds, with two bullfights per session, each lasting about 20 minutes.

In the first third, the matador's (bullfighter’s) assistants provoke the bull using large colourful capes in order to observe the animal’s movements and patterns in the ring. The president (an official who presides over the bullfight) then signals the entry of the picadors (the armed men on horseback), whose job is to pierce the bull’s neck using a barbed lance. The purpose of the lance is to injure the bull in such a way as to prohibit sudden and abrupt movements.

The second act is called ‘el tercio de banderillas’. The purpose of the second ‘tercio’ is to revive and liven the attack of the bull from the previous act’s fight and injuries. According to bullfighting regulations, the matador must stab at least four ‘banderillas’, or decorated wooden sticks with spiked ends, into the bull before the next and final act can take place. The function of the banderilla, a type of harpoon, is to tear muscles, nerves and blood vessels.

During the final act, the matador has ten minutes to kill the bull. If the bull is not killed at this ten-minute mark, the president allows him another five minutes. If the bull is still alive after these five minutes, he is returned to the corral to be killed. The matador’s goal is to insert the sword in the cervical vertebra and cut the animal’s spinal cord.

Bullfighting is not only cruel and fatal to bulls, but can also cause serious injuries and/or death to the audience which attends the fights, with numerous cases of bulls jumping out of the ring into the audience being documented.

Do bullfighting organisers use special deals to ‘lure’ tourists in?

We invite tourists to flex their consumer muscles when planning to travel to a country that still permits bullfighting. This includes avoiding staying at hotels, eating at restaurants, patronising tourist shops, and hiring local travel agencies that promote or offer special deals for bullfights.

Are there any alternative ‘traditional’ sports available, which don’t hurt animals?

We strongly urge tourists to turn to a wide range of entertaining traditional sports and activities that do not involve any animals, such as the Tug-of-war, the Basque and Valencian pelota or the Running of the giant ball, which replaces the distressing and dangerous Running of the Bulls.

What can tourists do or say if they’re out with Spanish friends who want to see a fight?

If presented with the opportunity to see a bullfight, it is crucial for tourists to always politely decline. They have the right to assert their firm belief that public entertainment and tradition can never be used to justify the distress and suffering of animals, regardless of where it takes place.

Do Spanish people agree with bullfighting, or is it becoming less popular?

This bloodsport is gaining a strong and growing opposition from Spanish citizens. As revealed by an opinion poll commissioned by Humane Society International in 2013, only 29% of Spanish people actually support bullfighting.

Statistics from the Spanish Ministry of Education, Culture and Sports confirm that the numbers of bull fiestas - including bullfights - organised in Spain decreased by nearly 49% in just seven years. In addition, bullfighting is banned in two Spanish autonomous communities, namely the Canary Islands since 1992 and Catalonia since 2012.

If enough people boycott these fights, can we shut down this sport?

In the three European countries where bullfighting takes places, attendance has been continuously decreasing over the past few years. For instance, in Portugal, the number of spectators has decreased by 42% between 2010 and 2015, which led to fewer bullfights being organised.

If tourists want to stop bullfighting, it is of the utmost importance that they boycott bullfighting.

Why is bullfighting still seen as ‘glamorous’?

Bullfights are not ‘fair fights’ between a bull and a matador, but highly staged forms of animal cruelty. The matador, unlike the bull, can use planned tactics and previous training to deceive and have the advantage. Furthermore, the bull is subjected to significant stress, exhaustion, and injury before the matador even begins his ‘fight’.

If tourists are unhappy with what they’ve seen, which groups and companies can they contact to make sure their voices are heard?

We encourage tourists who learn that a company sponsors and supports bullfighting to contact its public relations department to express their strong disapproval. Tourists can also include a reference to HSI’s bullfighting web page in the complaint.

Humane Society International (HSI) and its partner organisations are one of the world's largest animal protection organisations. For 25 years, HSI has been working to protect all animals by using science, advocacy, education and hands-on programmes.

Ready to enjoy everything Spain has to offer? Flight delays are rare, but they can happen. If you protect yourself with Columbus Direct's travel insurance, you and up to four fellow travellers can enjoy FREE* lounge access if your flight's delayed. It's your chance to sit back, have some complimentary drinks and snacks, and enjoy the free wifi on offer. Of course, you'll probably never need our free lounge access - but it's there for you if you need it. Now, hop on that plane, and start exploring Spain!

Why river cruising is this summer’s hottest new trend →