How to make the most of Seville’s Feria de Abril 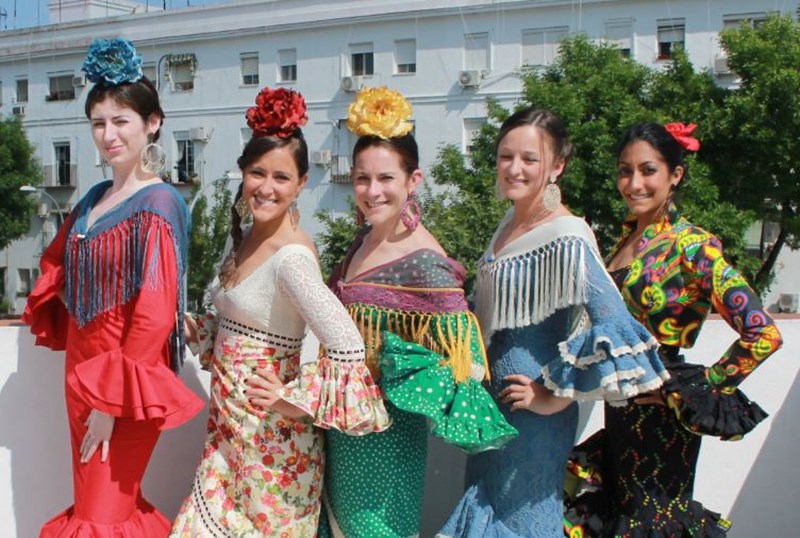 Seville’s Feria de Abril is a tradition which many tourists view as a local’s festival’. However, there’s no need to give it a wide berth, or think you won’t fit in – travel blogger Cat Gaa is on hand to give some insider tips!

Cat’s an expert on all things Spain; following university, she wanted to live abroad for a year, and she chose Spain for its wonderfully-warm climate. She signed onto a government-sponsored teaching programme and was assigned to work in a high school near Seville. She’s been there ever since.

Cat’s blog, Sunshine and Siestas, is about her experiences of living as a guiri (a colloquial Spanish name applied to foreigners ) in southern Spain. It’s packed with information about cultural travel and city breaks around Iberia. – so we thought we’d ask Cat how foreign nationals can fit in at the Feria. 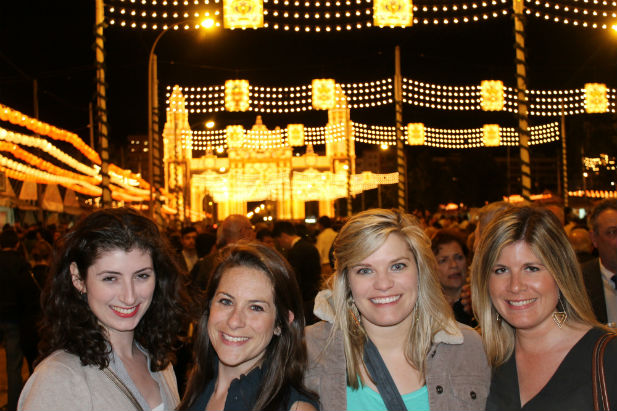 How would you describe the Feria de Abril to someone who hasn’t been yet? What’s the atmosphere like – and what’s it all about?

Seville’s most wonderful time of the year is spring – the weather is balmy, the orange trees blossom, and there are plenty of festivals around the region. Two weeks after Easter, Seville celebrates the Feria de Abril, a party dedicated to drinking, dancing and socialising.

While these streets parties are said to have originated during livestock fairs with temporary food and drink stalls, fairs around Andalusia held between April and October are a major social and cultural event. It’s difficult to describe concisely, as every fair has a different feel or theme.

In Seville, it’s almost like a makeshift city is erected in an abandoned lot. There are canvas tents called casetas that are equipped to have a bar/restaurant and a dance floor that line the streets, and locals parade around on horseback or in carriages. There are also bullfights every day and people dress in the regional clothes. In short, it’s an explosion of colour and Andalusian culture.

Why are they held?

Dating back to the 15th century, ferias were typically livestock trading fairs – only Jerez de la Frontera retains this tradition. Nowadays, they serve as local fairs for a few days off work. And considering that Sevillanos are extremely traditional, I don’t think the fair will ever stop being held! 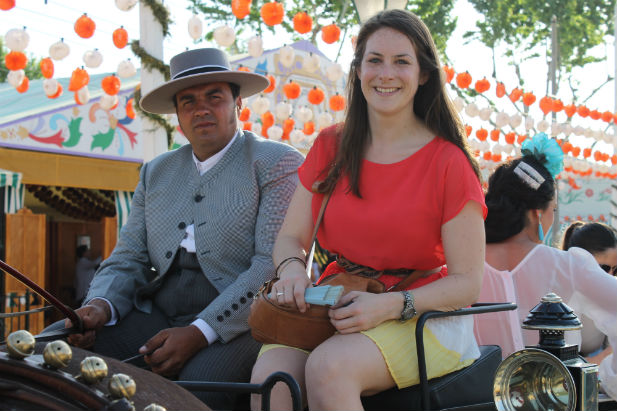 How can tourists make the most of these festivals? Are there ways they should behave which will help them integrate with the locals?

The Feria de Sevilla is very much a local’s fair, unfortunately. More than 900 of the 1050 tents are owned by families or businesses, and you cannot simply walk in without an invitation. That said, several tents are open to the public and have a similar atmosphere – there’s music, dancing and drinking to be had!

Let’s talk about drinking. Is it a good idea to pace yourself – and do people take a dim view of drunkenness?

It’s important to remember that you should not be overly drunk at the fair. Sherry and beer is consumed by the bucketloads, but a Sevillano knows that, in order to drink, one must eat. And the drink called rebujito, a sherry and 7-Up hybrid, is served in small glasses. Sip it – it’s not meant to be chugged, or taken like a shot. 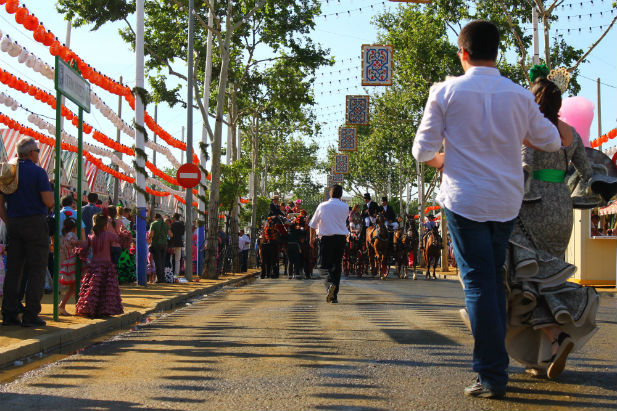 Are there any other things tourists should be aware of so they can avoid embarrassment?

Casetas are not ‘locals only’ – they’re ‘socios (paying member) only!’ Stop by the informational booth located underneath the main gate and inquire where the free entrance tents are. They feel a bit less homey, but you can still try local food and drink and dance to live music.

Walking around the expansive fairgrounds is also a great way to see the fashion, the horses and the atmosphere. Many people find the casetas to be too stuffy and instead drink and dance outside of the tents.

Are people required to dress up in order to fit in, and show they’re making an effort?

Yes and no. Feria de Sevilla is definitely a party where everyone is dressed to the nines, and some tents will not allow you to entrer unless you’re wearing a tie and jacket. Women tend to dress up in what’s called a traje de gitana – the only regional costume subject to fashion trends – and dress it up with accessories.

As a rule of thumb, gym shoes, jeans and baseball caps are frowned upon. And if you’re a woman wanting to wear a flamenco dress, check to see that you haven’t found one from the 80s or one bought at a souvenir shop! 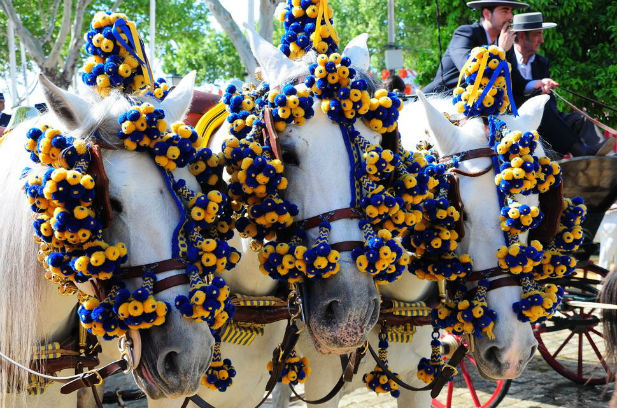 Is it ever a good idea to bring food and wine along, or does it tend to be provided?

No! You will be laughed right out of the caseta. Because every tent provides a bar area, bring cash to pay for your food. Or, opt to save some money by eating before you come – prices are inflated during this week.

If you’re not a good dancer, are you encouraged to join in anyway?

In the majority of casetas, you will hear only two sorts of music – sevillanas and rumbas. Sevillanas have a series of steps to master and follow, wheras rumbas can be danced by just listening to th music – there is no coordinated routine.

If you’re brave enough to try or want to learn, most locals will be happy to teach you after a glass of sherry or two! 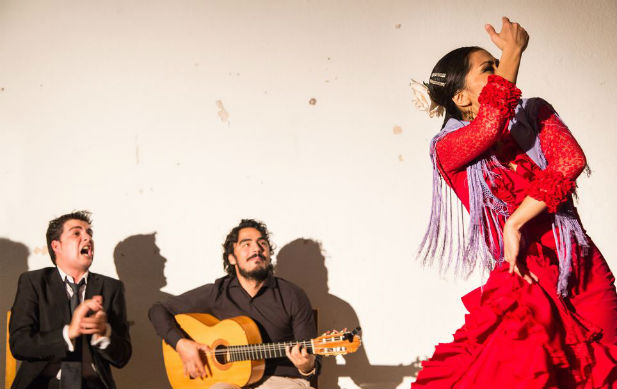 How can tourists show their appreciation and help make the event a success?

Feria brings loads of money and tourism into the city, and hotels are nearly always booked. Plus, because it’s held away from the city centre, visitors can still enjoy the monuments, tapas scene and architecture.  I consider myself a local, and feel both intergrated and like a guiri, or foreigner, during the fair. So long as you’re respectful, there’s no reason why you can’t enjoy yourself!

If you’re hoping to attend one and really participate like a local, check out the Feria de Jerez de la Frontera, only an hour south of Seville. It’s typically held in May, about two weeks after Seville’s. It’s just as beautiful but with a local’s vibe, and the tents have free access. 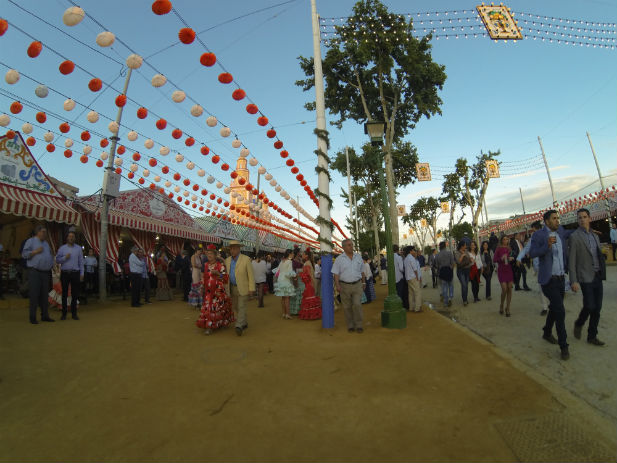 Already planning your trip to Seville? Make sure that you read our handy cheat’s guide; it’s all you need to know before you go.

If you’re planning to embrace the fun of the fair but you discover your flight’s delayed, you can continue to embrace that holiday feeling. Columbus Direct’s travel insurance gives you and up to four fellow passengers FREE lounge access*, so you can relax in style. It’s just our little way of saying thank you to our loyal customers – and making sure you’re well taken care of.

*Please note: Your flight must be delayed by two hours or more in order to get free lounge access.

← Can you spot the three ‘fake’ US federal laws?