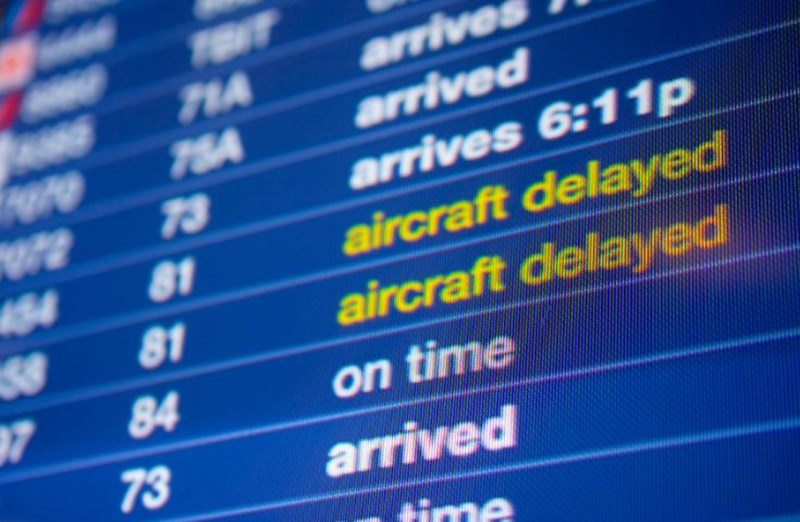 As the UK is battered by strong winds and rain due to being on the tail end of Hurricane Gonzalo, travel timetables have been disrupted.

According to Flight Aware, a flight-tracking site, 9% of flights in and out of Heathrow today have been cancelled and a further 9% of flights are facing delays.

Manchester and Edinburgh airports are also experiencing delays and cancellations.

There are currently no delays reported at Gatwick airport, although they are advising passengers to allow extra time for their journey due to roadworks on the M23.

British Airways has cancelled at least 45 flights scheduled for today, due to the expected severe weather.

Sea travel has also been affected; P&O ferries on the Larne/Cairnryan route were suspended from the early hours of this morning.

An hour ago, @POFerriesUpdate tweeted: 'Dover - Calais route, some of our services are just starting to get delayed due to the very strong winds, please expect delays.'

If you're travelling today, please check that your journey is still running before you leave, and allow extra time to get to the airport or port.

The Met Office has issued yellow warnings, with gales forecast for much of the UK. Earlier on this morning, @MetOffice tweeted: 'Gusts of 50mph still likely inland and up to 70mph in exposed coastal areas.'

Holidaying Brits choose to avoid going away with their families →