Qatar Airways named the 'Airline of the Year' 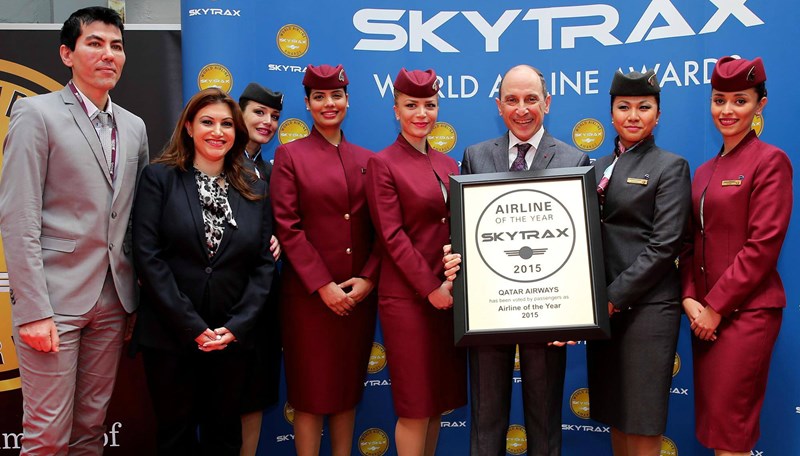 Congratulations are in order for Qatar Airways; the Middle-Eastern airline has scooped the prestigious 'Airline of the Year' award at the annual World Airline Awards, which took place at the Paris Air Show on Tuesday.

After losing the coveted number one spot to Cathay Pacific last year, Qatar are back on top of their game - and it's the third time they've taken the top spot. The high-achieving airline took home the award for the best business class seat, was named the best airline in the Pacific region and won the award for best premium economy food.

The top ten airlines was dominated by Asian and Middle-Eastern carriers - and, shockingly, no European or North American airlines made the cut. However, Air France were named the most-improved airline, so us Europeans didn't walk away totally empty-handed.

Here are the world's top 10 airlines, as voted for by 18.85 million airline passengers from more than 160 different countries.

We may not have made the top ten, but British Airways was ranked 20th, easyJet came 39th and Thomson Airways came 59th. Ryanair didn't make it into the top 100. Amazingly, they didn't even make it into the ten airlines ranked for Best Low-Cost Airlines in Europe - however, easyJet came second in this category, and was ranked fourth in the World's Best Low-Cost Airlines category.

The awards didn't forget the hardworking men and women who make sure passengers are well taken care of; here are the cabin staff that the voters loved:

You can read more about the World Airline Awards here.

Top tips to ensure you stay safe this festival season →