The cruise ship features you’ve got to see to believe 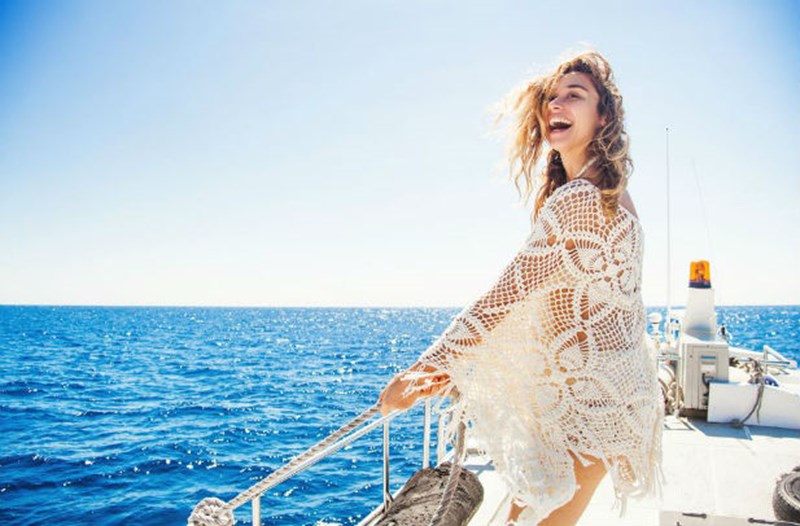 When we decided to look into the world of decadent cruising, we decided to chat to a blogger who loves taking to the high seas as much as we do. That’s where the editor of Cruise Hive, Emrys Thakkar, comes in. He’s been exploring the world for many years, and he’s travelled on some truly incredible ships – so who better to talk to about on-board luxury?

Emrys has listed five unbelievable cruise ship features for 2016 and beyond. From the wacky to the semi-sensible, here are his must-see cruise attractions for new cruisers and accomplishes seafarers. Take it away, Emrys...

“There are so many innovative cruise ships being designed and built over the next few years, and there are some hugely-impressive ships being launched in 2016,” he says. “Cruise lines are becoming more creative and using their imaginations to entice potential cruisers – a ploy which is working, as thousands more people choose to cruise, rather than take a holiday on land.

“A lot of ships mentioned below are coming out this year and in 2017 – 2018. Let’s take a look at some of the most eagerly-awaited attractions.”

The first brewery at sea

“Unsurprisingly, his feature is right at the top of my list – and plenty of other people have told me they feel the same! Carnival Vista, which just recently begun service for Carnival Cruise Lines, features the first on-board brewery at sea. It’s one thing having a brewery on board, but quite another when even the beers are unique to the ship.

“Carnival Vista's Brewery is in partnership with Concrete Beach Brewery, which is based in Miami. The partnership will ensure here are three unique beers on board, which of course are all being brewed right on the ship.

“The hand-crafted beers include ThirstFrog Port Hoppin IPA, which offers aromatic and floral notes with passion fruit and citrus overtones. It’s definitely one I’d start with. Then, I recommend giving ThirstFrog Caribbean Wheat a go – unfiltered aromas of bananas and spices will get you in the party mood! Finally, the third beer is called Frisky Frog - what a name - and it’s a take on traditional stout with rich, creamy flavours and hints of coffee. I'm sure they are all going to be hits on-board; I just wish I could have helped with the tasting and testing!

“The Brewery is part of the ship’s RedFrog Pub, which is very popular with passengers and crew alike.”

“A race track at sea is every man’s dream come true, including mine! In April 2016, Norwegian Cruise Line revealed further details about the Norwegian Joy, a cruise ship which will set sail in summer 2017.

“Here’s what I’m looking forward to; Norwegian Joy will feature a two-level competitive race track at the very top of the ship. Guests will be able to race against each other, and NCL will also offer a first place finish photo. The cruise line has not released too many specific details, but the race track has already received a lot of media attention. It’s set to be one of the most anticipated features for 2017.”

“In March 2016, MSC Cruises revealed that the MSC Seaside will feature three unique glass catwalks. Each one will have glass railings and a glass floor , so daredevil guests can test their nerves of steel.

“There will be a catwalk located at the top of the ship which spans almost 100 feet, where guests will be able to get breathtaking ocean views. The other two catwalks will be located on the starboard and port side, on Deck Eight. They’ll all extend out of the vessel, over the sea, and I’m sure they’ll be one of the highlights when the ship enters service in December 2017. Definitely one to watch out for.”

“Carnival Cruise Lines has upped its game by bringing the innovative SkyRide feature to the Carnival Vista. At the time of writing, the cruise industry is just days away from the ship’s debut. The SkyRide is one of the most exciting new offerings in years – so it’s been a hot topic among cruisers.

“Located at the top of Carnival Vista, next to the Sports Zone, the SkyRide is the place to be for guests wanting a bit of a race and an ocean view. It’s 800 feet long, and built around the central part of the ship. Don’t expect frantic speeds, but do expect amazing views and the chance to grab some fresh air - guests can pedal up to 25mph on the elevated track.  Here’s an added bonus – the SkyRide will be totally free to ride, with no added costs. Bargain.”

“I've saved the coolest feature for last. A French expedition cruise line called Ponant is going to build an underwater lounge on each of its new class of ships.

“The underwater lounge will give guests the chance to see marine life like never before from special viewing points. I’ve no doubt there will be drinks on offer, so guests can enjoy something chilled while they sit back and relax! The huge underwater windows will be built into the ship’s hull to provide stunning views of the world underneath. As a world first, these subaquatic ship lounges are guaranteed to be a talking point – I can’t wait to try them out.

“These are just five new cruise features – who knows what else is in store? I’m really looking forward to seeing what else cruise companies will come up with in the future.”

Love cruising? Head over to Cruise Hive to read more of Emrys’ blogs. You’ll find news, views and industry comment – it’s a great place to fuel your passion for holidays at sea!

Inspired by Emrys, and thinking about giving cruising a go? With Columbus Direct’s cruise insurance, we’ll make sure you’re well taken care of every step of the way. So if you’re delayed and you miss your cruise leaving port, we’re able to cover any additional costs you incur as you make your way to join in with all the fun. Keep smiling – you’re in great hands with Columbus Direct.

← Greece is the word! Easy Greek phrases to know before you go