That's entertainment: What's working on a cruise ship really like?

Get your quote now
Home > Blog > That's entertainment: What's working on a cruise ship really like?

Michael Grant has spent a decade on cruise ships, entertaining passengers and sailing the high seas. But is life on a cruise ship as glamorous and carefree as it sounds?

We managed to grab ten minutes with Michael to find out what the job's really like.

When did you start working on cruise ships?

I've been performing on cruise ships for 10 years now, first as part of a classical duo giving afternoon recitals and for the last three years I have been performing my own headline show, which is me 'fronting' the orchestra on board for the evening. I play clarinet, saxophone, flute and piano and I'm not averse to doing a little bit of comedy. 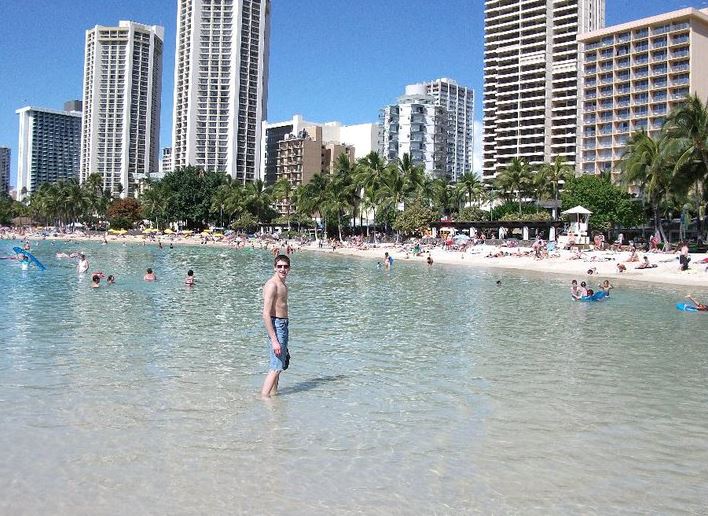 How long are you away from home from, as a rule?

Usually I'm on board the ship for about a week, plus travel, so sometimes it's a quick flight to join a ship in Barcelona or Venice. However, I've also flown all the way to Brisbane, joined a ship for three nights and then flown home again from Papua New Guinea. I was then home for three days before flying to Borneo, joining a ship for four nights and then flying home from Hong Kong. That was an exhausting couple of weeks.

What is your job title?

We're called Guest Entertainers - and we're technically passengers, rather than full crew on board. 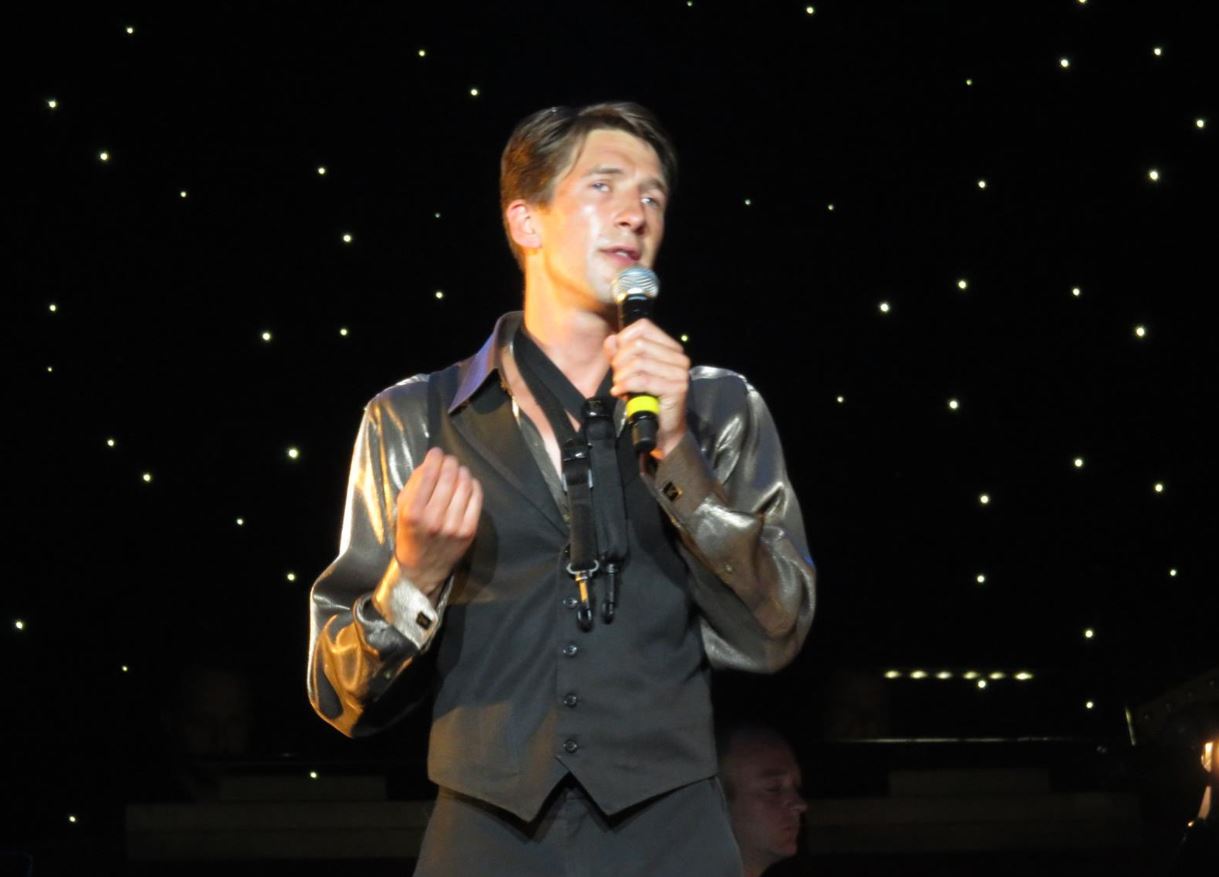 What does the job involve, and for how many evenings a week/hours did you work? Is there a lot of free time?

Usually, if I'm on for a week I'll be asked to perform two nights of different material. The shows are all 45 minutes long and most ships do two sittings, so I'll do four performances with the orchestra in the week.

On the day of the show you have a rehearsal with the orchestra on board. The technical teams and bands are just amazing; every day they have an afternoon rehearsal to put together an entirely new show - sound, lights, music, stage management.... it's impressive to see how fast they pull everything together.

Of course, when you return to the same ships over time the rehearsal gets smoother as they remember your setup. I think my shortest rehearsal for a full show was about 20 minutes! The rest of the time on board is my own and I am treated as a passenger. Sometimes that's fantastic but if you're doing lots of cruises back-to-back, the down time can get a bit tedious. A couple of years ago I signed up to do a course in animal behaviour and took all the study books and essays with me to pass the time. 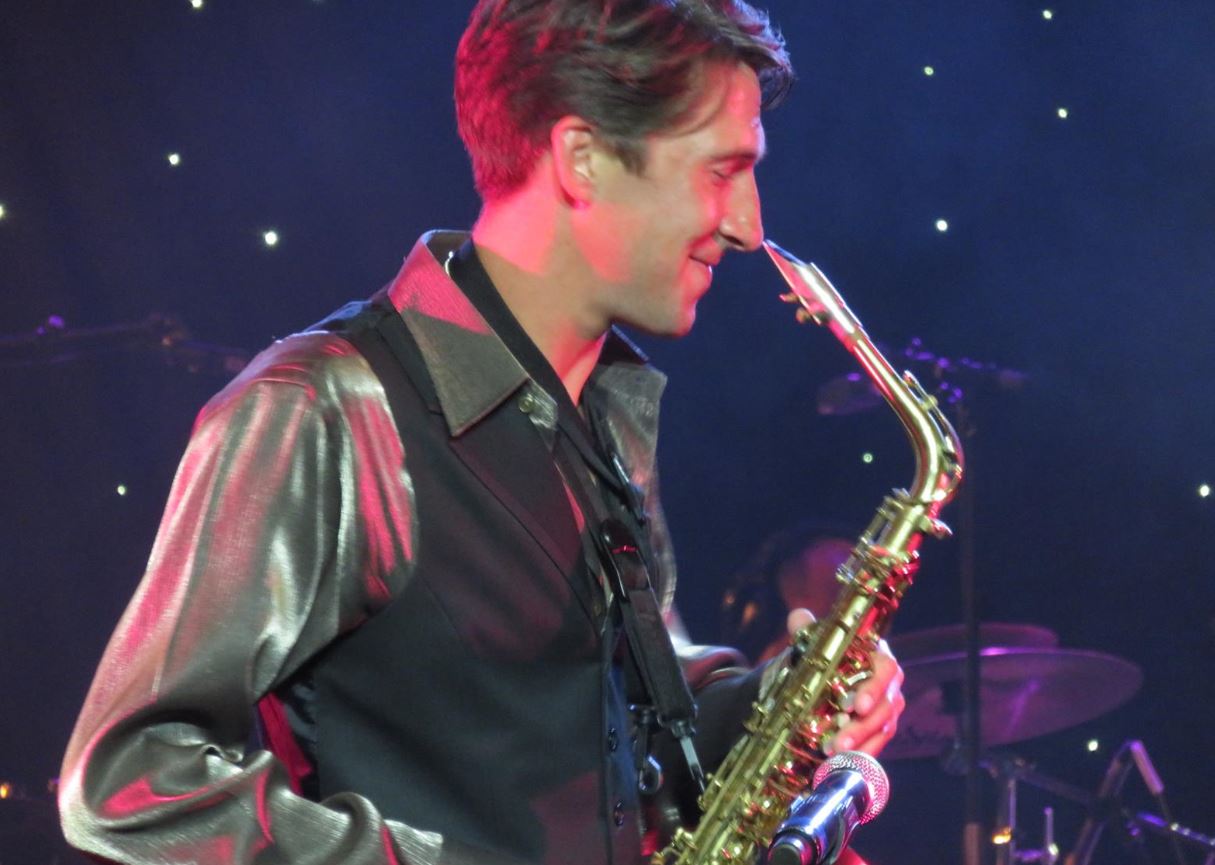 What happens if you’re ill, and unable to work while you’re on the cruise?

The show must go on! Touch wood, I have never been too ill to perform; you just get on with it and trust that the adrenalin will kick in, then you collapse afterwards. But there are usually several guest entertainers on board, as well as a show company, so if someone is unable to perform they can swap to another act, which I have done before.

On the days I'm not scheduled to perform I won't have a drink until after 6pm just in case there is a last-minute problem and they need me to go on.

It is when you're on board. Most of my work comes from Cunard, which have some of the most beautiful ships on the ocean, and it's wonderful. The less-glamorous bit is lugging a suitcase and five instruments around the world, waiting in airport lounges for delayed flights and chasing ships that have altered planned courses due to bad weather.

However, the evenings on board are great; there are lots of beautiful restaurants and bars. On Cunard, there is a strict dress code, particularly on formal nights, so after 6pm everyone is suited and booted and looking lovely.

What are the other staff like? Is it pot luck who you end up with, and do they make or break the trip for you?

I guess it's the kind of job which attracts sociable people, so usually the crew on board are great. There's also a real sense that 'We're all in this together', so people welcome you into the fold quite naturally. I have made lots of friends over the years, both with crew and other guest entertainers.

Do staff ever get homesick? What sorts of unforeseen issues can they face?

Yes, they do. Some crew (and that includes all the on-board musicians, show company, entertainment staff, etc.) can work up to 9-month contracts. At least we have WiFi nowadays on the ships, but I'm sure it's tough sometimes. I could never do it and I'm amazed how cheerful most people remain.

Nevertheless, cruise ships do dock in port fairly regularly, so I guess if someone really wasn't coping they could get home fairly quickly. I travelled home last year with a waitress whose father was critically ill in hospital. Her family had called the ship and the very next day the company arranged to fly her home to be with him. They do their best to look after the staff.

Do you ever get seasick?

Luckily, I don't get seasick - although I'm terrible in a car! The ships do move about in bad weather and it can be tough. I was performing last winter during a terrible storm on the Atlantic. We managed to get through the show, despite the odd microphone stand falling over, and after my last number I left the stage.

The Cruise Director lurched onto the stage, grabbed onto the grand piano for support and called me back to take a second bow. I came back onstage, arms outstretched to take the applause just as the ship lurched, and I was hurled across the stage and into the other wing! It was like Barbra Streisand on roller-skates in Funny Girl. 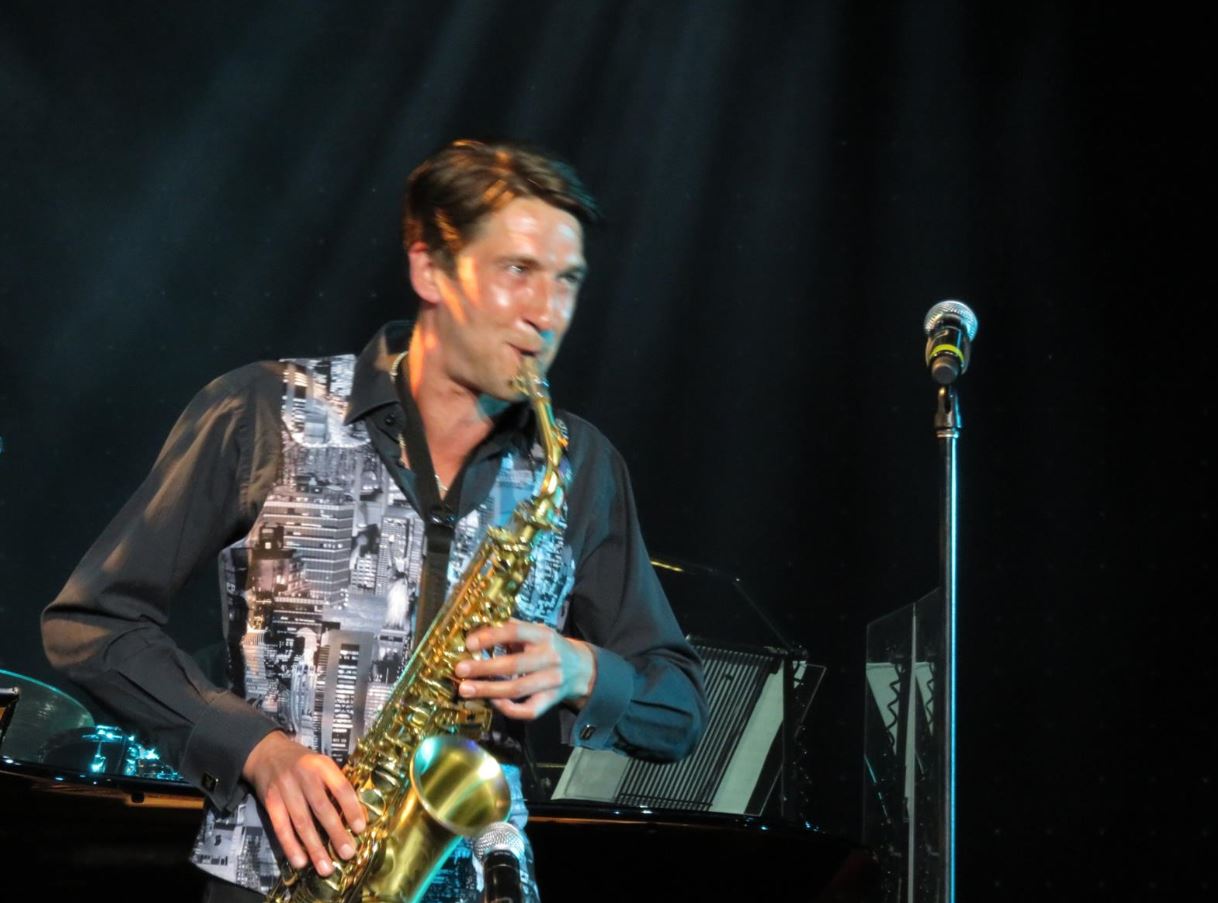 Do you ever encounter any really rude passengers, or are most people OK? How do you deal with rude people?

Maybe I have been lucky, but most people I've met on cruise ships have been well behaved, on the whole. I did meet someone after a show once whose only comment was that he didn't like the trumpet, which was interesting as I don't play the trumpet. I thanked him for coming to the show and moved swiftly away.

What are the perks about working on a cruise ship which most people don’t realise? Is food free? Is it a cheap way to live while you’re earning?

The whole trip is paid for by the company, and that does include food as well as usually some sort of discount on drinks. The real perk is the travel. It's quite common to be flown out a day or two early, so then you're put up in a hotel for a night or two. I've been able to explore some brilliant places, from Norway to Chile, and New York to Cape Town. I recently filled out one of those 'Places You Have Been' maps on Facebook. I really have seen most of the world. Well, except the land-locked countries!

Do you ever have any funny adventures, such as just making it back to the ship in the nick of time during a stopover?

I was once sent to Hamburg to join a ship in the wrong year! My flight details arrived from the company and off I went, a car waiting for me at Hamburg airport to take me to the ship. But when I got to the port terminal I was told by the ship's staff that they had no record of me joining on their manifest.

It turned out someone had entered the wrong date into a computer somewhere, and I wasn't expected until the following year. Luckily the entertainment team did need me so I joined in the end, but there was about an hour in the terminal when I wondered if they would just fly me home again. 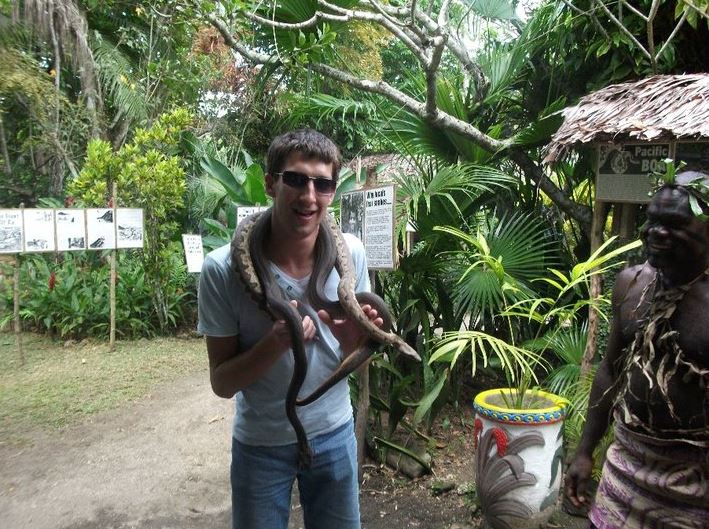 What advice would you give to people wanting to work as entertainers on cruise ships – is it hard to get into?

It's very competitive nowadays, and I've seen it get more so even in the decade I've been working on ships. There's so little opportunity for cabaret in the UK today and everyone who has got to the television stage of X Factor now wants to go on cruise ships singing their favourite songs.

But there's a clear difference between these people and the true pros. Some of the guest entertainers are real stars who have been performing for decades and really know how to bring an audience along with them.

I love going to watch the other entertainers, and whether it's a singer, magician or comedian, you can always learn something new from them. To be successful on the cruise ships you really do need to be an act with personality, and I don't think you learn that from entering a talent show; you learn that from performing for years in pubs and clubs where you can see the faces of your audience and judge their reactions. 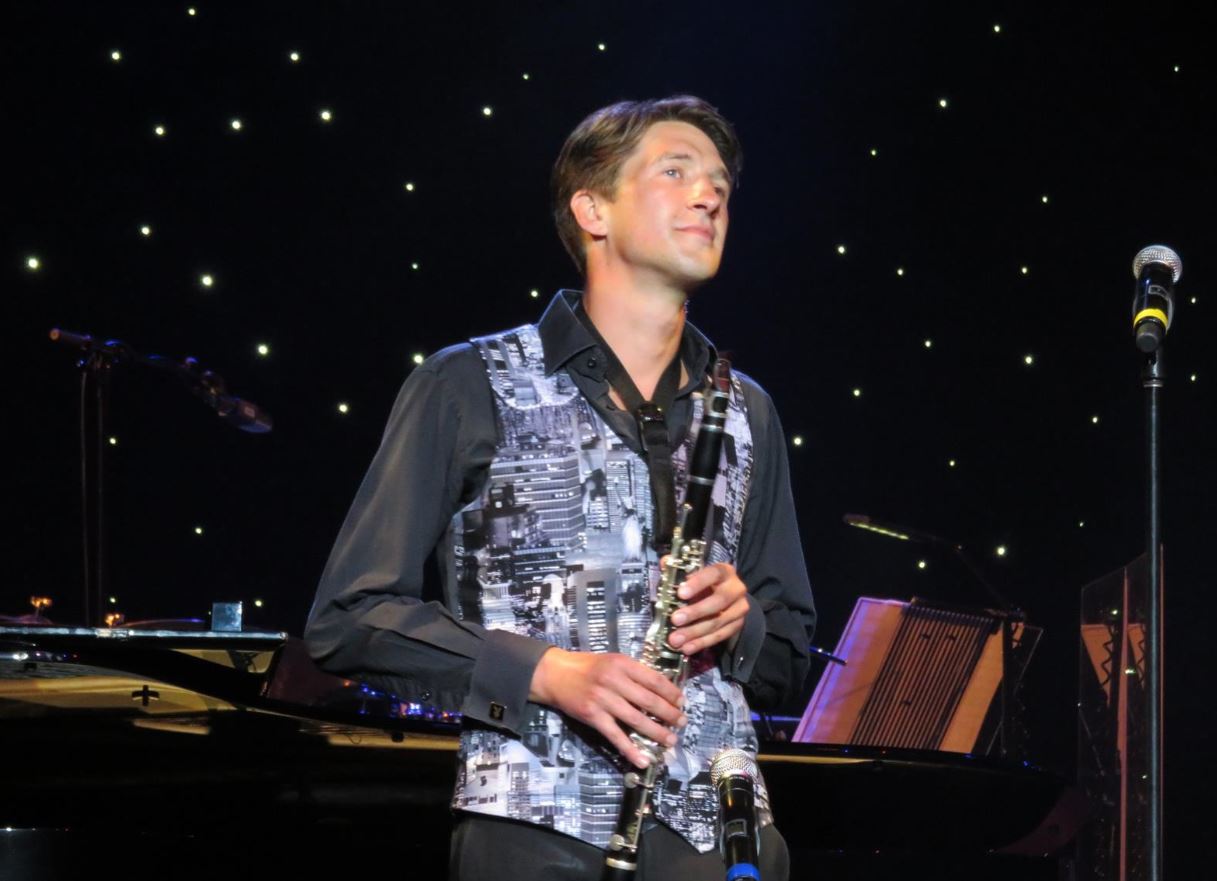 As well as working as a guest entertainer on cruise ships, Michael runs two community choirs in Oxted, Surrey and Hastings, East Sussex, and is co-founder of the charity The Time To Shine Project.

15 easy ways to make sure you miss your flight →