Why Chemmy Alcott gives 100% in Olympic training and interviews 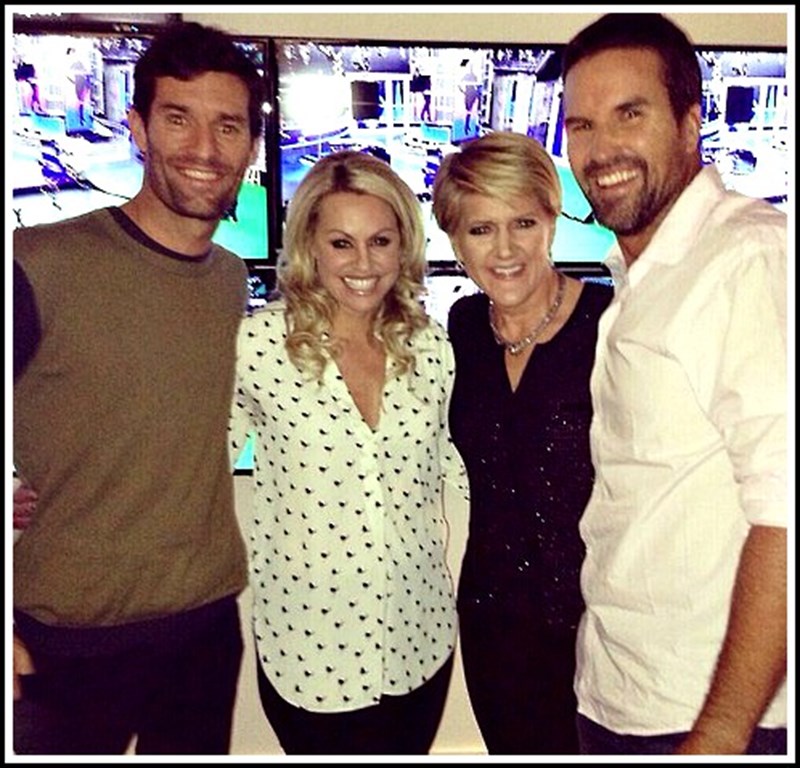 If you saw the Clare Balding show on BT Sport on Friday night, you would've heard Chemmy Alcott rush through the story of her near death experience, then launch into an exuberant description of the single-mindedness that drives her towards her fourth Olympics. She even ending up putting words in Mark Webber’s mouth.

“I always go 100%... there’s no fine line with me. And that’s satisfying. (Chemmy turns to Mark) Like you always said, you’ve got to take risks. I don’t know if you said that. But you should’ve said that.”

Chemmy is not a woman who holds back. Ever.

Chemmy sat down with us at N.Peal in the Burlington Arcade to discuss when she has felt like a freak, why she loves racing for Team GB, and what her plans are when her Olympic obsession comes to an end.

"Some people’s destiny is to win a gold medal. Mine is to show that Brits have got guts and will fight to the bitter end, and I'm out there doing that."

"If you start thinking about consequences of skiing up to 90 miles an hour and going on these huge jumps, you won’t be in the right mind set, you won't be focused enough to ski at your best. In that start gate, don’t have a brain."

Chemmy is not just all about business and tactics, she scores top marks for having a laugh as well. We threw some of N.Peal's soft and glamorous cashmere clothes at her and she teamed them with her ski boots and gave us a strut!

Thanks to Laura Mercier at Space NK South Molton Street for Chemmy's look.

When you came back from your first Olympics, how had your life changed?

When I came back from my first Olympics I was 19 years old and I remember I got together with all my girlfriends from high school and they just had their first year at Uni and everyone was in this bar, they were saying, ‘what do you do’ and people were saying ‘I’m studying this, I’m studying this’ and it got to me and I said ‘I'm an athlete, I just got from my first Olympics’ and it made me feel a bit like a freak. There’s no other way to say it, everyone was going through this life experience and a part of me felt like I was missing out, but to go to the Olympics, to represent your country, and to fulfil a lifelong dream at 19, any sacrifice I made up until that point and forever more has been worth it.

How did your friends react?

When easyjet started out my parents went and bought every weekend a flight out to France. I was at school Monday to Friday then on Friday I’d hotfoot it to the airport and be skiing all weekend, then I’d come back early Monday morning, doing my homework on the aeroplane. It did get to the point where my friends knew I was busy all the time so they stopped inviting me to things and I’d be a bit on edge because of it. I said, I know that I can’t come, you know that I can’t come but I want to be asked anyway. They said, what’s the point in asking you if you always so no? I said, it means something to me that you want me to be there. So after we’d had that conversation, they’d always invite me and I’d always so no, but I knew that they wanted me there and it felt like I was one of the gang anyway.

Who do you surround yourself with?

As a professional athlete there’s not many people who know what’s going on inside your head so I definitely surround myself with friends who have followed a passion to 100% so they understand what I’m doing. My best friend used to be a band, so he had to also make a lot of sacrifices, eventually he got to Wembley to fulfil his dream, so he really understands what I'm trying to do to achieve mine. My fiancée is also a ski racer. My family are always around me, especially when I get injured. Not many people understand what I’m going through a lot of people think, this might be it for Chemmy and why doesn’t she just retire from skiing and do something else with her life? But they don’t understand that I’m driven by my need to succeed, my need to ski, and I love skiing, it’s my passion and I’ll follow it for as long as I can, so I do surround myself with people who get me. I don’t want to be around people who I’m always continually having to justify my actions to. And it’s quite tough because being from London people don’t understand me as a ski racer. But I've got an amazing network of friends and family who are always there for me. Whether that be from an injury or success or a win. The highs and lows, it’s the same core group.

How’s the rehabilitation coming along?

As an injured athlete people underestimate what you have to do. For me I’m trying to cram in a healing leg into a very short period of time before the Olympics and it’s been like that since I had my first leg break a few years ago and it’s really hard work. You have to push yourself daily and it’s in a realm you don’t know. It’s not me pushing myself on the mountains, it’s me having to push myself at the gym, push myself with the physio, having to push myself in all these situations that aren't second nature to me.

Are you ready for Sochi?

When I get into the Olympic start gate, I know that I’ve overturned every stone. I have not cut any corners whether with my injury or my training, and yes I've had a far from ideal preparation, but once I get in that start gate and I'm wearing red white and blue and I’m racing for team GB, I know that everything I’ve done has been worth it. Its horrendous some of the training I do, restricting oxygen and training and almost fainting, and the pain of having to pull yourself up from injury after injury would break a lot of people, but I’m not a lot of people, I’m different, I’m unique and that’s what keeps driving me.

What tips do you give downhill skiers?

Being a downhill ski racer the top tip I’ll give anyone is that you’ve got to me smart. You’ve got to get sponsorship, to know what your sponsors want from you, or you won’t be able to fulfil your dream. But once you get in that start gate you need to get your brain and throw it away. If you start thinking about consequences of skiing up to 90 miles an hour and going on these huge jumps, you won’t be in the right mind set, you won't be focused enough to ski at your best. In that start gate, don’t have a brain. No brains allowed.

For the next generation of ski racers you need to follow your passion and keep loving your sport. I’ve seen so many kids get drilled in by the fitness and the technique, and they lose the reason why they got into ski racing in the first place. And being a ski racer from Britain, you have so many obstacles to overcome, it is really tough, but if you love doing it then nothing will get in your way. It's really important to hold on to that reason of why you got into the sport, and that's because you love it.

You’ve said this is your final Olympics, what are your plans for the future?

My two year plan is definitely focused on Sochi, I’m engaged and can’t wait to get married to Dougie, but until I finish at Sochi, until I pull out my best result ever, I'm really not focused on the next phase of my life. I know what it entails, I know that I can’t wait to be a mum, I know that I can't wait to be an explorer and an adventurer. I'm not going to make any concrete plans until after February next year.

I’m definitely going to be staying in Britain. I think it’s a lovely country to bring up your children in, and I've had so much support from the British public whether that be through my injury or through Dancing on Ice, I feel like I’ve got a lot to give back. I've started doing a lot of corporate speaking and speaking at schools, and it's unbelievable the skills that I've learnt and experiences that I can put into other worlds and I can use to help people with. They've supported me, they've got me to the Olympics, what can I do for British people now?

When you visit kids at schools, what do they ask?

Boys always ask gory details, how much blood there was when the bones broke through my ski boots. Girls always want to know what part of Dancing on Ice I enjoyed the most, the sequins or the makeup.

How do you represent your country?

My relationship with Britain is so strong because British people love the underdog. I’ve represented Team GB for a long time, even though I was dropped by UK Sport and a lot of other situations and organisations, I've always stayed true to being British. And even though I skied with the the Canadian team and the Norwegian team, I’ would never leave Britain because people love backing Brits. British love backing Brits, and it’s not just about success, it’s about people who have stories, and obviously I’ve shown I’m a fighter. I thought I showed it enough the first time I came back, but some people’s destiny is to win a gold medal. Mine is to show that Brits have got guts and will fight to the bitter end, and I'm out there doing that. I love being British.