Best places to use up your remaining holiday allowance 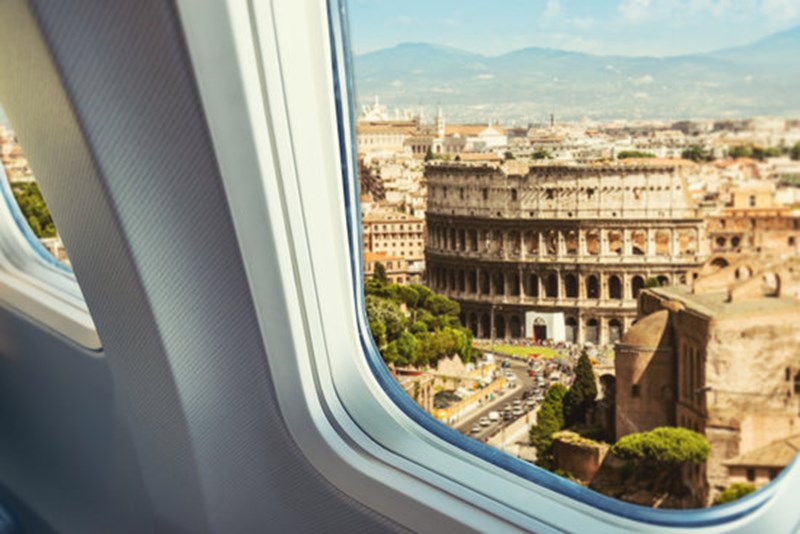 The end of the year is getting closer and closer, but you still haven't used all your annual leave. If you don't use it up, you'll risk losing it altogether. Our solution, you ask? Use it on a holiday.

I mean come on, you've been working hard all year, you surely deserve another break? You may not have had a holiday at all this year, and we think that's completely unacceptable. Based on how many days of holiday you've got left, we've come up with some suggestions of where to go and in particular, what places are good to visit during the autumn months.

Either you're extremely organised and have already booked off all the days you wanted off this year in advance, or you accidentally blew all your holiday days during the first half of the year. Either way, two days can stretch further than you think. After all, coupling it with a weekend means you can actually go away for four days.

'Long weekends' and 'city breaks' go hand in hand like gelato and pizza, and to get all four of these things, we recommend using your two days to go to Rome in Italy. It's a beautiful, romantic city, full of amazing food and fascinating history. The great thing about Rome is that it's so compact you can pretty much see and do everything you want within four days. That doesn't mean Rome is in any way lacking in terms of attractions though - quite the contrary.

The key must-see of the city is the Coliseum. It's only a short metro ride away and when you step out of the station, you'll be awe-struck by its sheer scale and beauty up close. Also not to be missed are the Roman Forums, which are located directly opposite the Coliseum. Here you can see remains of ancient Roman buildings and artefacts, and learn a bit more about Roman life.

If you fancy doing some wining, dining and shopping during your trip (let's face it, no one's going to say no to that), then head towards the Spanish Steps. Not only do they make for a good Instagram photo, but there are plenty of designer shops and fancy restaurants located nearby. Shopping is thirsty work, after all, so you're going to need a generous glass of wine or lemonade when you're spent up.

No trip to Rome is complete without a journey through the Vatican, and if you're in St. Peter's Square on a Sunday, you might even get to see the Pope giving the Angelus prayer from his window. A visit to the Trevi Fountain is a must in the evening - you'll be hard-pushed to find a more romantic spot in all of Rome.

During the summer, Rome can get pretty hot, so visiting during the autumn is wise if you're not too keen on the heat. Some even argue that Rome is most romantic at this time of year, as the city is quieter and the light is just right, which also makes it perfect for

If you've got enough time to go away for a week, you can afford to travel a bit further afield. We suggest Marrakech in Morocco, as for most people it's simply too sweltering to visit during the summer. Even in the autumn it remains pretty hot , so you'll still be able to come back to the office with an enviable tan.

Marrakech is famous for its exotic food, bustling markets and beautiful, colourful buildings. The most famous symbol of Marrakech is the Minaret of the Koutoubia Mosque, as it can be seen almost wherever you are in the city. Unfortunately, unless you're Muslim you can't go inside it, as it is a place of worship. You are, however, allowed to walk around it to see it up close, which is something we recommend doing.

Another must-do is to brave the souks, which are Moroccan markets. You can find a whole network of them in Medina, selling traditional gifts and trinkets such as carpets, woollen hats, spices, blankets and kaftans. If you've got some left-over dirhams at the end of the holiday, this is the perfect place to spend them. Nothing says 'I deserve a pay rise' than bringing back the boss a kaftan, right?

If the hustle and bustle of Morocco is getting all a bit too much for you, head to Jardin Majorelle. Although it is one of the most visited places in the country, it's the perfect place to experience some serenity and escape the busy city. Created by Jacques Majorelle, the garden is full of exotic plants, trees, streams and pools filled with lotus flowers and lilies. The smell is infatuating and the birdsong is calming - a stark contrast from the hot, loud souks. All sorts of birds call the gardens home during the year, including grey wagtails, robins and turtle doves. Don't expect to see any partridges in pear trees, mind.

Right, that's it. Clearly it's time to unchain you from your desk. You're either very committed to your job (for which we applaud you) or you simply couldn't decide where to go or what to do this summer. No matter, two wholeweeks means you can travel to the other side of the world this autumn.

If you really want to experience something different and make your colleagues jealous at the same time, we believe a two-week trip to Nepal is a must. Two fantastic Hindu festivals take place during autumn, making it a great time to go. It's not for the faint-hearted though, as there will likely be a lot of trekking involved. For this reason, we invite you see as much of the country as possible during your two weeks.

Nature lovers and anyone who's ever fancied riding an elephant should head to Chitwan National Park, where you can climb atop one of these mighty creatures and make your way through marshlands and thick forest. During your trek, expect to see crocodiles , a variety of reptiles and exotic birds. If you're really, really lucky, you might even catch a glance of a Royal Bengal tiger.

If however you want to get in touch with your more spiritual side, then Lumbini - the birthplace of the Budda - is a part of Nepal you must see. Although most people only really pass through here, ideally you should spend one or two days taking in the temples, stunning scenery and enjoying its tranquillity. Even if you're not a Buddhist, the colourful monasteries are not to be missed.

Another popular destination with tourists is Kathmandu, Nepal's capital. It's easy to see why too, with its thriving markets and beautiful, crumbling architecture. If you're looking to book a trek or hike of any kind, here's a good place to do so, which is why many tourists begin their journeys here - even if the thriving city does take them aback a bit. Whilst you're here, take advantage of the wide variety of local cuisine on offer. Momos with chilli sauce make a great snack and Dal Bhat - a meal consisting of rice and lentils - is a healthy and tasty meal that is sure to give you enough energy for that upcoming hike. We'll see you at the top of Mt Everest, yeah?

No matter how much time you still have to take off work, any one of these holidays will make your fellow colleagues wish they'd waited to take their holiday this year. While everyone else is at the office arguing about how high the thermostat needs to be and who left that mug in the sink, you'll be sunning yourself in Morocco enjoying some whisky marocain - cheers!

← The rise of the grey gappers

What does your luggage say about you? →