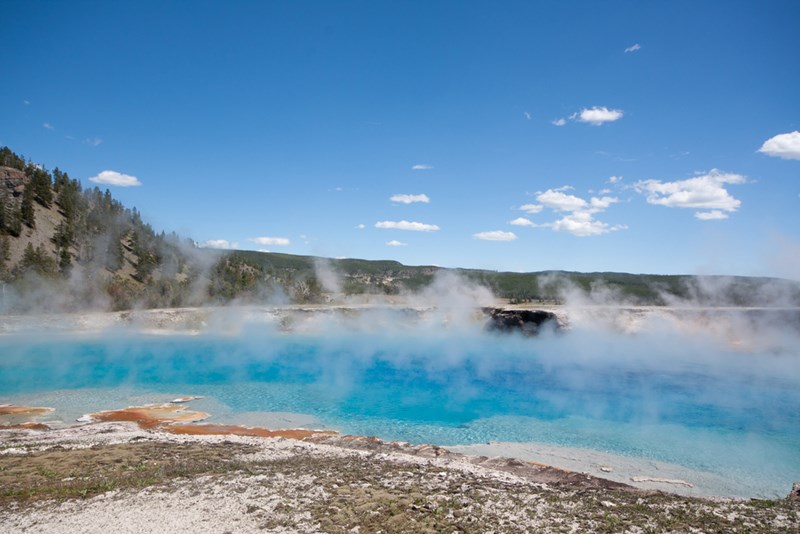 The next time you're tempted to travel without insurance, think about poor Peter Cousins.

The uninsured Brit was travelling around the US with his then-partner in 2013, and they briefly stopped to work at a cowboy ranch in the middle of the Nevada desert.

One day, the amorous pair discovered a hot spring during a wander, and decided that they'd like to indulge in a spot of nookie before heading home. However, moments after their tryst, Peter collapsed from a heart attack, and was airlifted to hospital.

Luckily, Peter recovered after surgery, but his blood pressure rose again when he was given a £165,000 medical bill after his five-day stay.

To make matters worse, he then broke up with his partner, who stayed on in the US to work.

Dorset resident Peter admits that the mammoth hospital bill is always in the back of his mind, but insists that he has no regrets.

"It was worth it for the sex. It’s always worth it," he said, possibly ignoring the fact he was hundreds of thousands of pounds in debt.

However, he is still negotiating with the hospital who treated him.

"I'm hoping I will be able to get the debt wiped because it will affect my future," he said. "If the hospital decide I do have to pay back the full amount, I’ll never be able to go to America again. That will hurt.

"Stupidly, I didn't have travel insurance, and although I was expecting a big bill I had to do a double take when I saw it was a quarter of a million dollars."

The USA is not the only place you can get a shocking medical bill, if you're without travel cover. Find other examples in this Smart Traveller Infographic.