Get your quote now
Home > Blog > Chalet host life: What's it like? 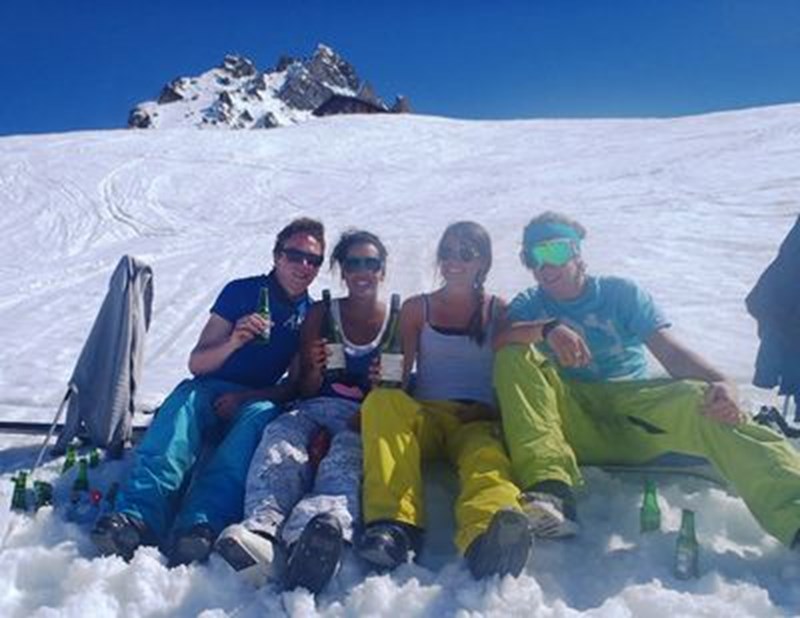 Emily, 27, is a primary school teacher these days, but during the winter of 2010 and the spring of 2011 she worked in Val d’Isere as a chalet host for six months.

She was 21 when she took the job, and although she loves her life as a teacher, she looks back fondly on her days of serving tea in bed to guests, peeling grapes for small children, skiing all day and having après-ski fun with her friends.

What made you want to become a host?

Ever since I was small we went skiing as a family, so I’d always wanted to do a ski season – the idea really appealed to me. A close family friend of mine went and did ‘Ski Le Gap’, which is where you go and learn to be a ski instructor - you pay loads of money to train, rather than earning any money.

I was planning on doing that, but then my Dad was made redundant. I felt bad about asking for money, so I went for the option where you earn it. It was a gap year activity, and the perfect end to my three years at university.

Was being a keen winter sports fan part of the decision?

Yes, very much so. I love skiing, so the job had always appealed to me – what better than living in the mountains and skiing all day and partying all night, with a little bit of work in the middle? 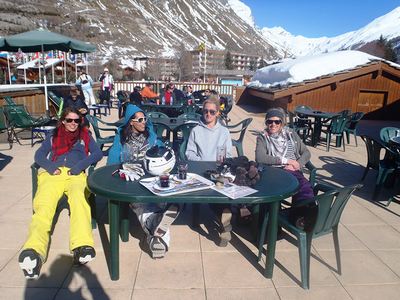 I worked for a very upmarket company called Scott Dunn, so the standard expected from us was higher than other companies.
We would generally be up by 6.30am – 7am, and then we’d head to the cabin, ready to wake the guests up with their cup of tea or coffee at a time they preferred. I look back now and smile to myself at the ’tea in bed’ service; most people loved it, though.

Most guests usually had breakfast at about 8am. We offered a full a la carte breakfast and they had cereal, pastries, meat and cheeses on the table. Each Scott Dunn property had a chef and two hosts (I was a host), so we did the serving rather than the cooking, apart from on the chef’s day off when we would have to cook breakfast. Happily, that meant eating a lot of left over bits of pancake, because we had to cut them into perfect circles with a pastry cutter.

As soon as the guests left to ski, operation clear-up-breakfast would happen very quickly, and then we’d go straight onto the cleaning. As there were two of us, plus the chef, we’d usually split the jobs up so chef would clear breakfast away while we hosts did the cleaning. We had spot checks from our managers, so we had to do a really thorough job every time (and yes, if it wasn’t clean enough we were called in from the mountain to re-do it).

We would then set up the table for afternoon tea for when the guests returned, and as soon as everything was finished we were able to leave - either to head onto the slopes, or straight back to bed, depending on how tired we were.

We would return back to the cabin and serve afternoon tea (lots of companies don’t do that), but we took it in turns to do the early shift. While the guests were enjoying their tea and relaxing in the swimming pool and the sauna, we’d help the chef prep for dinner.

The guests had five courses every evening, so a lot of prep was needed! We’d then tidy away afternoon tea and set up for the evening service.

This started with serving canapés and champagne; basically, it was a great time to chat to the guests, find out what they did, get to know them and subtly try to increase your tip at the end of the week. Dinner was then served (at a time of their choice, of course!), starting with an amuse bouche, followed by a starter, main course, dessert and cheese, with a different wine for each course. The wines had to be introduced and explained at the start of every course, which could be tricky. The food was incredible and we usually ate similar stuff (basically leftovers) to what the guests ate, which was pretty good. The leftover champagne and wine was left to us, and we used to enjoy a well-earned tipple and a chat after our shifts were done.

When the guests were eating their cheese, we were usually free to go, having completed the ‘turn down’ service and cleared the kitchen. The guests were pretty switched on, and usually realised that we were keen to leave them to it, which we appreciated.

It was then a case of whizzing home to change out of our work clothes (smart black trousers and a smart shirt for evening service), put on a bit of make up and head out into one of the many bars in the resort with my friends.

How much free time did you get, as a rule, to ski?

If you were doing afternoon tea you’d usually be in by 4, but if you weren’t, then you got home for 6pm before the dinner service. We had often finished by 10.30pm-11pm most evenings, apart from the chef’s day off when the guests had to go out for dinner, so we just had to serve champagne and canapés before they went out. We also had one day off a week. 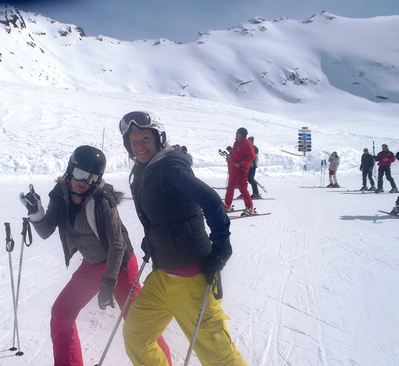 Is it tiring? Did you have to take naps when you first started doing it?

Yes. It was exhausting. But you sort of get into the swing of things and somehow living on less sleep and taking a 20 minute nap in the afternoon became the norm. I also embraced Red Bull on nights out – that helped to keep me going.

What’s the best part of the job?

The people I worked with. Although there were times when I thought “Why oh why am I doing this,” such as when a ten year old asked me to peel her grapes, we always managed to have a laugh when we were working. There was a lot of banter within the company, and pretty much everyone was like-minded so it worked really well. And when you had nice guests it made for the perfect week.

What kind of people would it suit?

Easygoing, friendly people who are up for a laugh but who are also willing to work incredibly hard - you will scrub toilets, serve tea in bed, and grit your teeth when a ten year old asks you to peel her grapes – and sometimes you’ll be really, really tired throughout. If you’re not into skiing or socialising, I personally would say don’t do it.

I’d also recommend working for a company who employ similarly-aged people to you – Scott Dunn mainly hired people who had finished university, and then chose older people for the managers.

Christmas could be a bit lonely - I really missed everyone at home. Saying that though, lots of guests invited their hosts to eat with them, and when all of the Scott Dunn staff had finished, we had a big Christmas dinner together.

What advice would you give to people taking the job on?

Do it. It was the best six months of my life.

Too many! I still smile at the thought of the gossip and the nights out. It was a brilliant laugh.

← Perfect pancakes from around the world