Set the wind in your sails, escape the crowds and the tourist hot spots and venture to the lesser-known yet enchanting islands for an authentic taste of Greek life. There are a whole host of Greek islands overlooked by tourists that make for an off-the-beaten-track secret island escape. Forget the hordes of holidaymakers in Kos and Corfu and check out the large clusters of Greek islands known as the ‘Cyclades’ and ‘Dodécanèse’ dotted in the central Aegean Sea. Set Mykonos and Santorini aside, these ones are home to Greece’s most unspoilt rugged landscapes, breath taking beaches and traditional blue-and-white stucco towns overlooking the Aegean Sea. 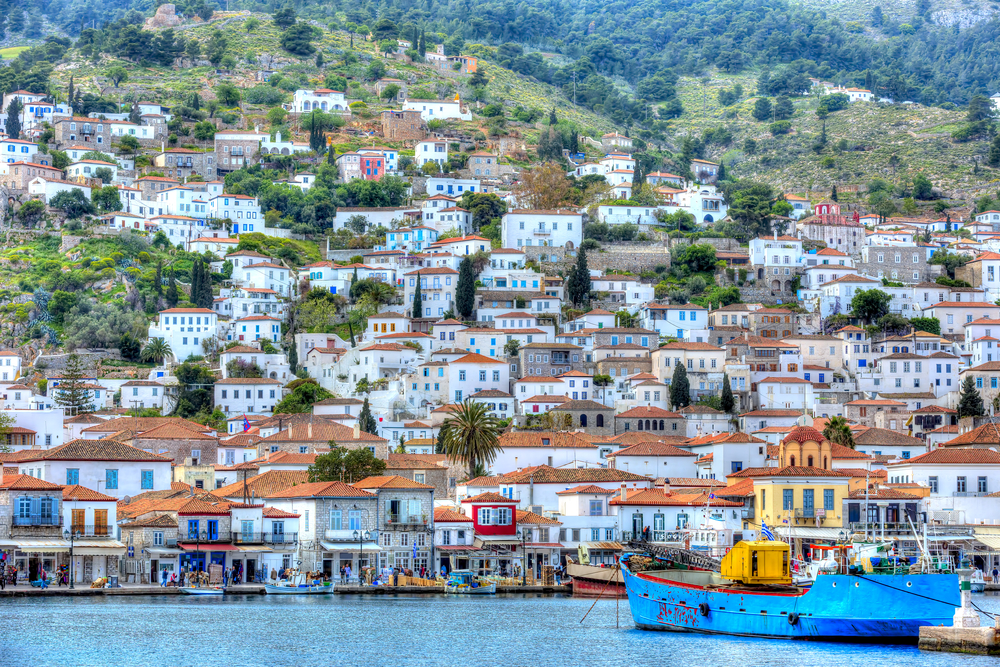 The long narrow island of Hydra, just 37 miles from Athens is endearingly time-warped and probably one of the most romantic places in Greece. In the late 1950s, artists and writers, such as Canadian singer Leonard Cohen and novelist Henry Miller, started coming to Hydra. Since then, it has served as the setting for numerous movies and novels, as well as a destination or residence for artists and intellectuals, both Greek and foreign. Home to traditional stone mansions, narrow cobbled streets and secluded squares, donkeys and boats are the only form of transport as cars, mopeds and even bicycles are banned. The island has a status as a national historic monument, so strict building laws protect Hydra’s traditional architecture and old-world charm. 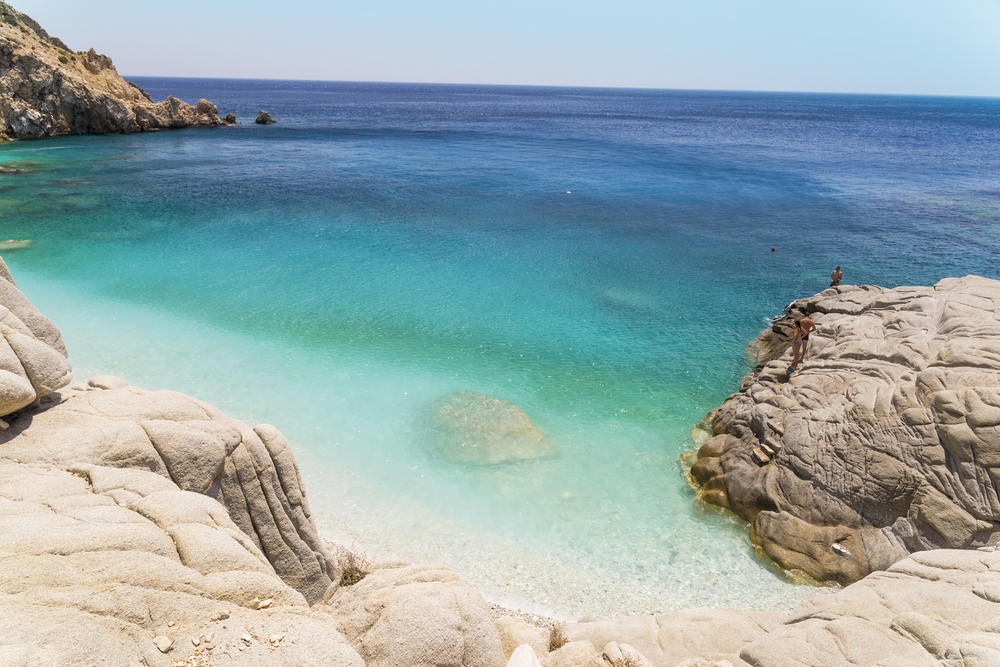 In the southern tip of the Aegean group of islands lies Ikaria, one of only five blue zones in the world, meaning the people here ‘forget to die’ because they live longer than most - not a bad place to be! Due to its geological structure, the island has natural thermal energy oozing from the Earth’s interior generating hot springs and in recent years, Ikaria has become known for its therapeutic and thermalistic purposes, combining healing and rejuvenation. The unspoilt island has no airport and limited access by ferry - explorers will love the wildlife, hidden lakes, waterfalls, ancient monasteries and small traditional villages. The island is mostly visited by Greek tourists who come to bathe in the thermal springs and enjoy the feasts, which happen almost daily during the summer when locals make their own red wine, roast meat and salads to offer visitors before everyone dances out the night.

The picturesque island of Symi couldn’t be more different to its neighbour, Rhodes. As you round the headland, you'll be greeted by the breath-taking sight of cheerful candy-coloured buildings built amphitheatrically around the charming harbour. You can easily escape the hustle and bustle of Rhodes day-trippers on one of the island's secluded coves, before enjoying a plate of its famous shrimps in one of the many hospitable tavernas by the sea. There’s no lack of beaches on the island. Many of the sandy beaches are off the beaten track and only reachable by taxi. Best places to visit on the island include the monastery of the Archangel Michael Panormitis, scenic village Pedi and Kali Strata. If you feel like a challenge, you can try out the ascent of the stony stairway of 500 steps to get to the upper part of Chorio.

4. Culture and Arts in Syros 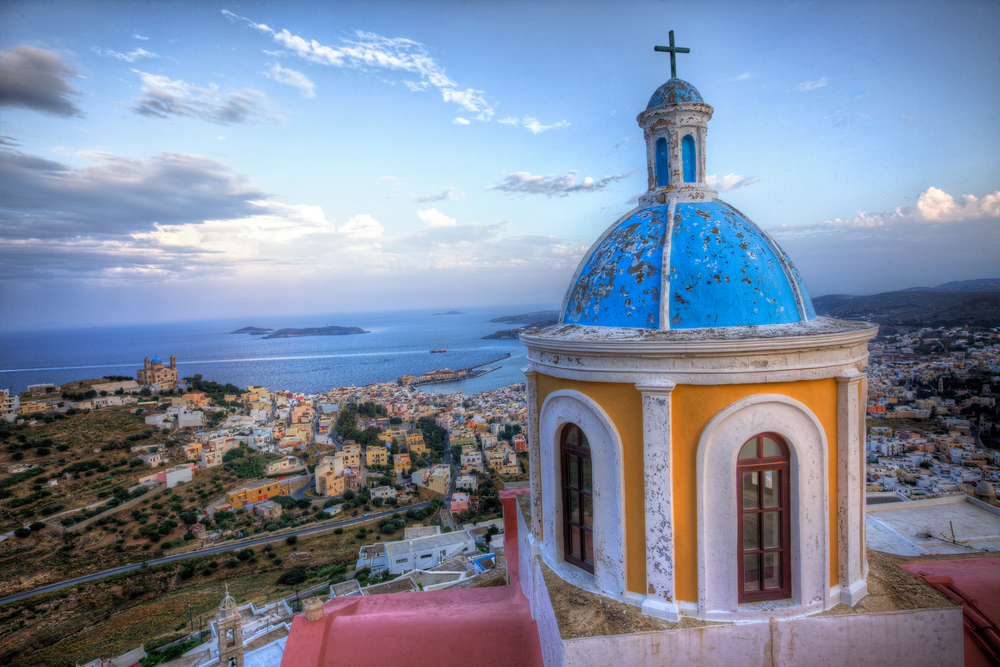 In terms of tourism, perhaps the least most undiscovered of the bunch. However Syros is an island with a vibrant culture and a strong passion for arts. Therefore, visitors should not neglect visiting museums and galleries - the capital, Ermoupoli, is described as a town museum, with its beautiful squares and neoclassical houses. This island merges traditional and modern Greece where you can relish walking around picturesque streets of old-style villages, and exploring gorgeous beaches and impressive caves - again, the beaches are all beautiful, such as Vari, Yalissás and Kíni. The island is also known for its food peculiarities - with local specialities including halva pie (thyme, honey and roasted almond pie) and Mihalis spicy cheese.

Lying halfway between Athens and Crete, the stunning island of Milos is also known as the ‘island of colours’ due to its volcanic origin providing magical sea landscapes and amazing rock formations set against the striking ocean hues. It is an island blessed with spectacular natural beauty, with some of the most gorgeous and unique beaches in the Cyclades. The villages of Milos are lovely: don't miss stately Plaka, the harbour of Adamantas and the beautiful Hivadolimni. Visitors can bask on 80 amazing beaches, sample the local food (watermelon pies, bonbons with white pumpkin and cream cheese pies), and tour the ancient-old walking paths by foot. Above all, this is an island for long days at the beach.

Thinking about exploring one of these islands? With Columbus Direct's travel insurance, you’ll get FREE* airport lounge access if your flight is delayed. That means you can relax in comfort at the airport, with free drinks, nibbles and WiFi. It’s just one of the ways we show our customers that they’re our number one priority.

*Please note: Your flight must be delayed by one hour or more in order to qualify for free lounge access