How the summer holidays can wreck your home 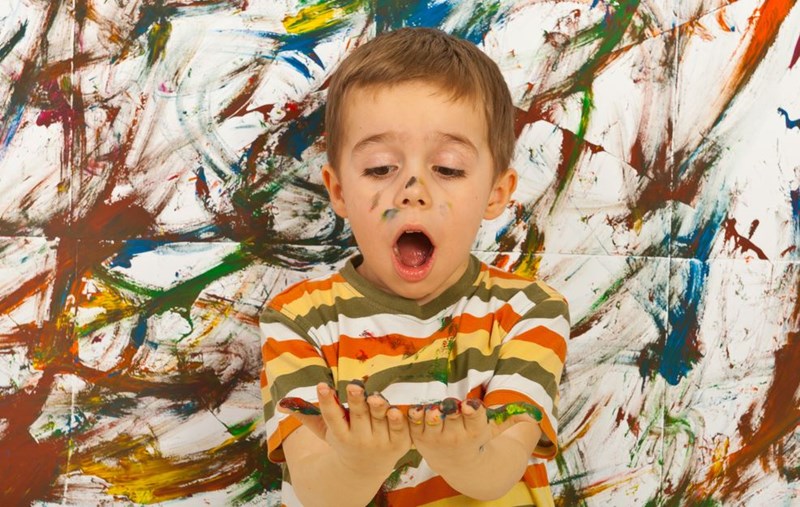 Children are great, aren't they? All that energy and noise and positivity and mess. Why, those summer holidays are just going to fly by.

If you're a parent who's currently spending lots of quality time with their kids but who is also becoming slowly aware that the house is in dire need of a tidy, you may take some comfort from these stories.

We've been asking all the parents in the office about the state of their houses after the school holidays, and we've posted their replies here. They will, of course, remain anonymous.

"My son had his friends over most days, and when he returned to school, I tried to tidy his room for the first time in weeks. I found out that he'd managed to burn a huge hole in the carpet and one of his pillows had been cut in half. He still denies all knowledge to this day."

"When he was three, my son decided that he wanted to take our goldfish shopping - he considered himself the goldfish's 'best friend'. I found the decayed pet in his jacket pocket three weeks later. I replaced the coat, but not the goldfish. He couldn't be trusted."

"I discovered my two girls had tried to build an ant farm in the shed by shovelling a load of soil in there and putting spoonfulls of sugar down to attract the ants. My husband was enraged when he discovered that his mower had become an anthill. It took us two weeks to sort out the mess."

"We went away for one night during the school holidays when our daughter was 16, and she decided to have a party. When we returned the next day, all of our CDs had gone, her father's Rolex was missing and the lounge curtains had been pulled down. Did we have insurance? Yes. Did she get into trouble? Yes."

"My son and my daughter decided they would try and rearrange their wardrobes to put on a 'fashion show'. I don't know how, but that day they managed to wreck both of their built-in wardrobes and spill blackcurrant juice on the cream carpet on the landing."

"In the summer of 1997, my wife and I redecorated our bedroom with new wallpaper and curtains. At that time, our children were five and seven, and decided to help out. We came upstairs a week after the redecorating was completed to find them quietly painting our bedroom walls with red poster paint. It took all my strength not to shout fairly loudly, and it's only recently that I've been able to laugh about it. As in, within the last five years."

← Behave yourselves on flights or you could be shamed online

Why you need life insurance →