Responsible Travel reveal how to be an ethical tourist 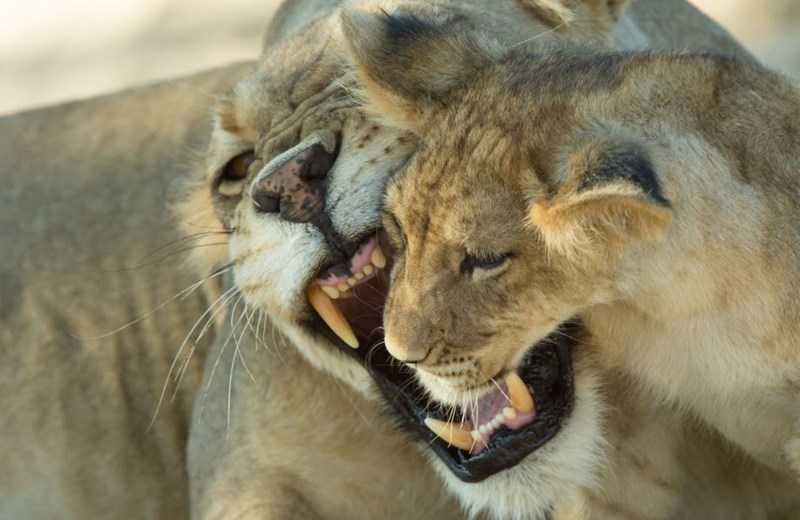 How do you travel ethically?

We've spoken to Saul Greenland at Responsible Travel about travel and ethical tourism, and how people who want to see the world with a guilt-free conscience can make the most of their time abroad.

Please can you give us a bit of background about Responsible Travel; when was it formed, how many people work for it, and what’s its ethos, in a nutshell?

Twenty five years ago, Justin Francis travelled to learn about the world and more about himself. He believed travel was an adventure and the path to becoming more like the person he wanted to be. On his route, he saw the impacts of tourism, and 10 years later, inspired by his friend and pioneering retailer Anita Roddick, Justin co-founded Responsible Travel with Professor Harold Goodwin.

From just two tour operators, Responsible Travel has now swelled to over 400 small and specialist tour companies in 197 countries, employs 25 people and has helped over 100,000 people find their perfect holiday.

When Responsible Travel was founded in 2001, the prominent movement in ethical tourism was ecotourism, following the principle 'take only photographs, leave only footprints'. However, it had three major flaws: it focused only on nature-based tourism; it failed to acknowledge the local people who benefit most from tourism and the exploitative potential of 'greenwashers'.

Our ethos is to treat local people and places well, and they’ll often offer you experiences and insights into their ways of life that you wouldn’t otherwise get. You enjoy a more authentic experience and they benefit from jobs, income and ways to preserve their culture, environments and heritage. 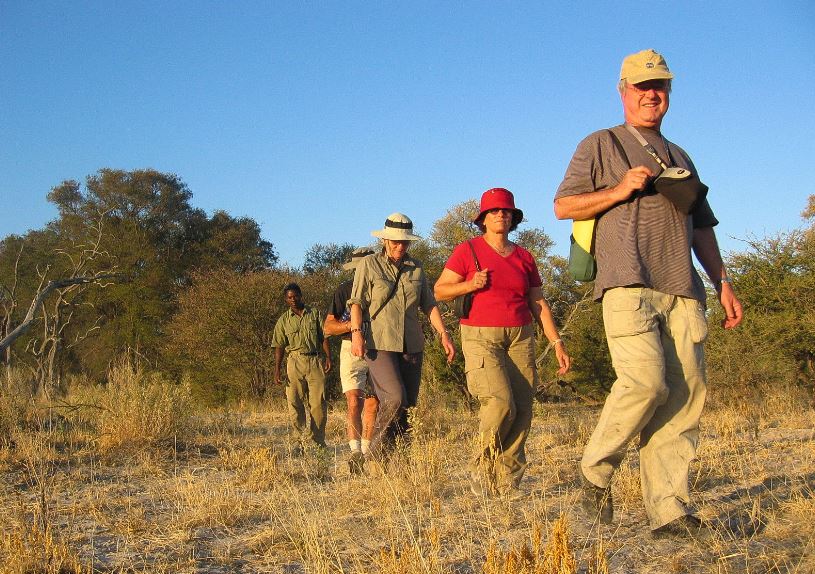 Responsible travel is hugely important to growing numbers of people; do you think it’s a backlash against seeing other parts of the world ‘trashed’ for tourists over the decades?

It depends on what you mean by ‘trashed’. For an example, a coastline that has been developed by package hotels run by multinational corporations could be seen as an improvement to people who do not want to stay in a quiet, locally run, wooden beach hut.

However, tourism is different from other forms of consumerism. For an example, somebody who is buying a piece of clothing will not see firsthand the conditions in which it was made. The tourist sees the conditions in which people live and how tourism changes and potentially trashes local culture, influencing them to have fun but do good at the same time. 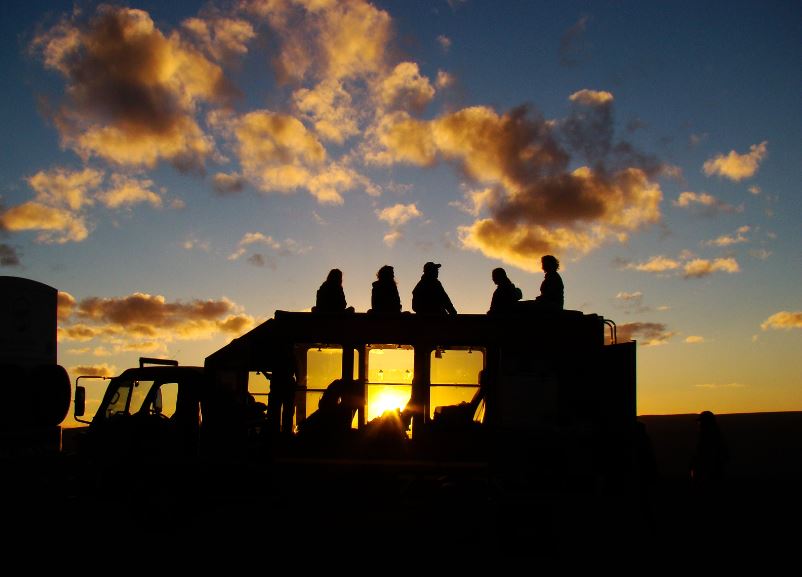 People who want to find ‘ethical’ safaris might struggle to spot legitimate ones. Do you have any companies you work with, or recommend?

Safari experiences depend on the animals you are viewing and the terrain they're within. Each destination has different demands and will be subject to different ethical questions. For an example, visiting elephant camps in south east Asia could prop up an illegal trade in wild elephants from Burma.

Responsible Travel has a huge membership of over 400 holiday providers which have been vetted very carefully for their responsible travel criteria. The Help Desk team spends a lot of energy interviewing and getting to know the holiday providers personally, and would recommend each company based on their specialism in line with individual holiday requests.

However, even with this knowledge, the disparity between safari destinations and types makes it difficult to recommend one universal safari company. So what can you do? When searching for a legitimate ethical holiday provider, begin by thinking locally and spend time to get to know the destination and the potential ethical issues. This will not only formulate questions in your mind to ask the holiday provider, but also keep you from any unwanted experiences.

A great place to start is the online guides published on the Responsible Travel website; we even have a guide dedicated to Safari Holidays. We encourage our writers not to shy away from the things other holiday companies hate talking about. We always address the issues head on in the responsible tourism section, publishing the ‘warts and all’ of different countries and activities.’

What sets ethical companies apart from unethical ones? How can tourists spot a legit company on their own?

We are constantly trying to improve our knowledge of animal welfare in tourism and are talking to travellers, tour operators and wildlife organisations to make sure that we are up to date with current information. Responsible wildlife holidays are always evolving; a few years ago many of us wouldn’t have considered elephant rides as unethical, but new developments suddenly change our perspective.

Responsible tourism is always moving forwards, and as it changes, we want to be in front of the curve and support new developments with our campaigns. 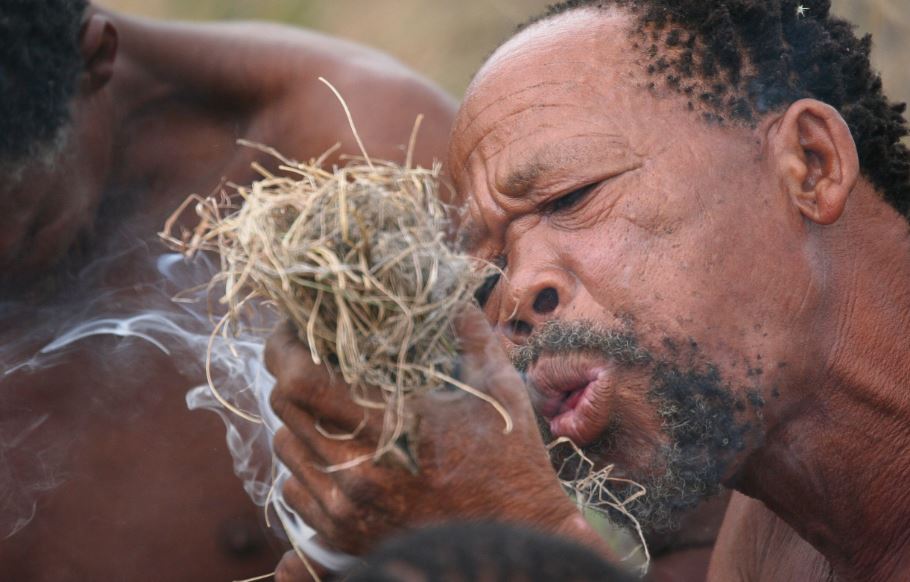 What kind of questions should tourists ask the tour guides before they book?

All of our holidays have individual responsible tourism policies that are designed for that particular trip and destination. I would simply suggest that tourists ask for their responsible policies. Companies that take responsible tourism seriously will already have these in place and will be able produce them quickly.

However, some flexibility should be given when hiring individual local guides. Many may not have developed responsible travel policies, but this doesn’t make them irresponsible. All too often, their personal business is founded out of a deep love for their destination, culture, landscape and wildlife. It is their livelihood and they will naturally work within the parameters or responsible tourism to sustain their natural and cultural heritage. Just by openly speaking with them about conservation and their experiences of safaris would give you a pretty good impression of their passion for responsible tourism.

Which are the most damaging practices tourists should look out for?

We ask our travellers and all our members to treat wild animals with respect. However, when we look around the tourism industry we still see a great many examples of irresponsible tourism and, sometimes, downright unethical practices, destroying some of our favourite places, or damaging people and wildlife.

Many of these continue because a lot of people are completely unaware that these are the most damaging practices. They will often draw upon and exploit people’s passions for wildlife and masquerade as a responsible business to attract the crowds. These cover-ups are often the most dangerous because they will continue to grow, funded and supported by tourists unless we expose them. A few examples of fraudulent conservation and animal welfare practices that need to be shut down are captive whales and dolphins, the Tiger Temple in Thailand, elephant camps, petting lion cubs, and neglecting to focus on an area's tourism-carrying capacity.

As a company, you really rate walking tours, wilderness camping and lesser-known parks. Is your aim to get people closer to nature, and discourage staying in luxury lodges or using cars?

We would never generalise and discourage people from staying in all luxury lodges; just because they are expensive doesn’t make them irresponsible. Safaris are some of the most exclusive and expensive holidays - it is an absolute privilege to experience these holidays alongside highly trained guides and some of the most threatened wildlife.

However, it has to be remembered that these safaris often take place in some of the poorest countries. Safaris have a great potential to penetrate the poverty-stricken areas, empowering the native communities and tackling conservation issues. The lesser-known parks may be conservancies, land managed and owned by the community, thus maximising benefits to the native population.

Bush walks will involve a community guide and visitors will be encouraged to learn as much about the community as they do the wildlife. The engagement of communities in conservation has played a huge role in the prevention of poaching and this should not be forgotten.

Are ethical tours more or less expensive, as a rule?

Responsible Travel has holidays that range from just a couple of hundred pounds to a couple of thousand. Ethical holidays do not need to fit within a price bracket and shouldn’t try; they can be extremely budget or perfectly luxurious. They should no longer be thought of as an independent, standalone niche in tourism. People have a wide variety of holiday needs; if responsible tourism becomes expensive or cheap then we have lost the battle, alienating huge numbers of tourists. 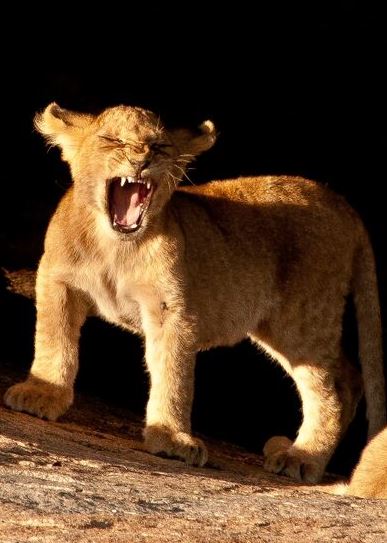 Which safaris are most popular, and which need the most conservation?

The most popular safaris are definitely in Africa. Who doesn’t want to see the largest animals and some of the most endangered animals on the planet roam the Savannah? Of course, each African country offers different wildlife experiences, from the extremely rare desert adapted elephant in Namibia, to canoeing in the Okavango Delta, and the jungle gorilla safaris in Rwanda, Uganda and the Congo. They all need tourists to experience and give value to the wildlife that they are conserving.

The ones that need the most support are within countries that are experiencing issues, such as terrorism threats in Kenya or the risk of illness like Ebola. Of course, we would never recommend that you visit a country where you wouldn’t feel safe, but we do urge that you look behind the headlines so that you make your own decision. For an example, South Africa experienced a decrease in tourism numbers even though they were over 3000 miles from Ebola infected areas!

What can tourists do to continue conservation work once they return home?

Talk about it! Tell the stories about the animals you saw and the places you experienced. There is nothing more true and inspiring than a hearing a story from your best mate who has just come back from safari, or your newlywed friends who decided to see the orang-utans in Borneo, or perhaps your grandparents who finally took that dream holiday to Antarctica.

If the holiday is responsible you will have the most amazing time which will influence others to think responsibly and in turn support conservation.

Finally, what’s the nicest comment you’ve received from people who have been on one of your safaris?

Oh, wow! That is a difficult question. We have over 7,000 independent reviews that have only been left by our travellers; it is hard to pick one shining example as there are so many! I would suggest that you take a look yourself; here is a link to all our safari holidays.

← How does the Greek economic crisis affect your travel insurance?

How to make a small home feel more spacious →