Help conservation groups save the slow loris this summer 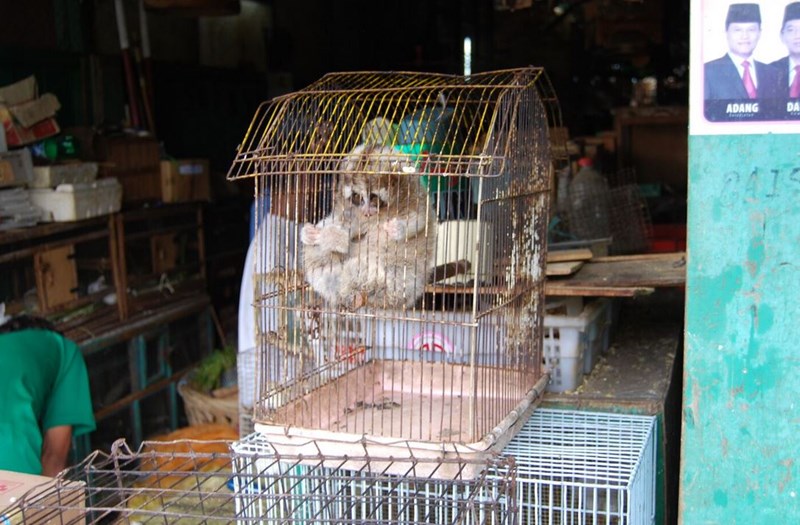 With their huge eyes and soft fur, there is no doubt that the slow loris is an incredibly sweet-looking animal.

This cuteness, however, has led them to fall victim to unimaginable cruelties as they become increasingly popular as pets - and the boom in cheap worldwide travel has made them unwilling extras in the tourist trade.

We spoke to Phily Kennington at International Animal Rescue about how we can do our bit to save these gentle, shy creatures. 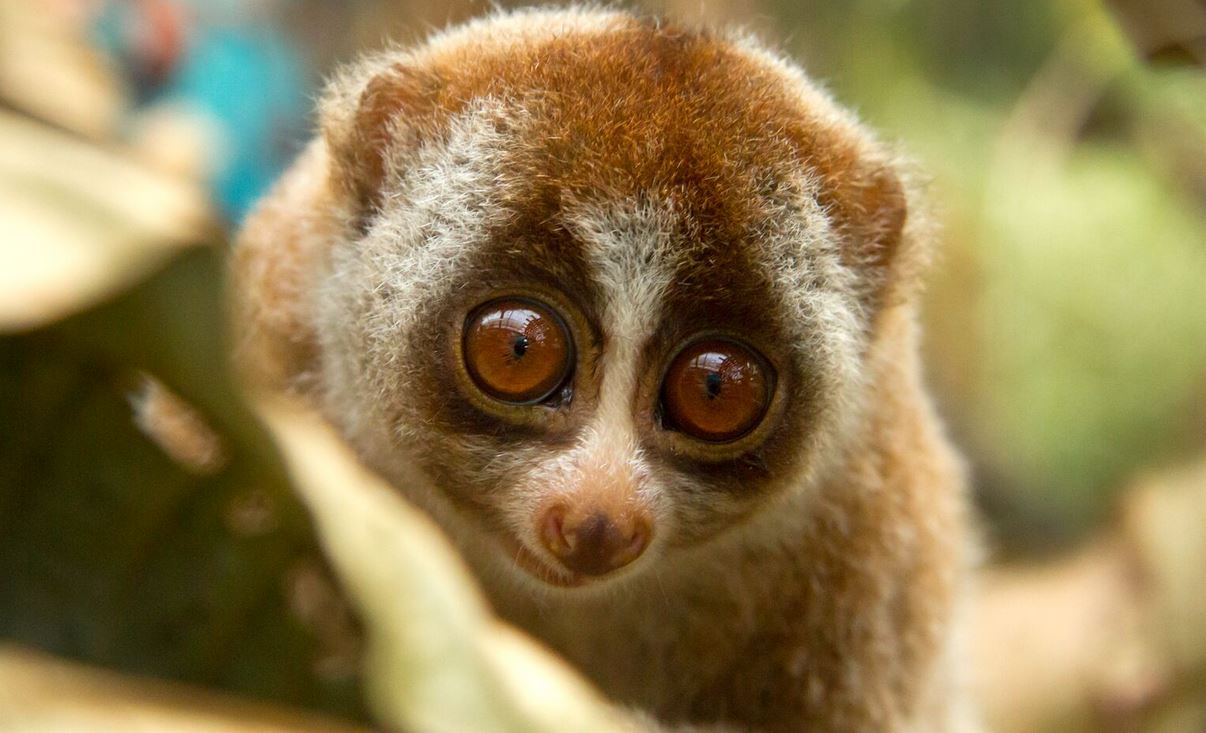 It is likely that slow lorises have been kept as pets in their native countries for many years; however, viral videos shared on social media have led many people to think that they're a suitable pet that can be kept at home with minimal fuss. Nothing could be further from the truth.

They're kept as pets locally in Indonesia, as well as elsewhere in South East Asia, the United States, Russia, Turkey and Japan. However, current investigations also suggest that lorises are being smuggled illegally into European countries, to be kept as pets.

The increased demand for the slow loris pet trade is gaining momentum at such a rate that the species is now in serious danger of extinction.

Who's to blame for this? Well, social media is playing a huge role in fuelling this cruel trade. Seemingly-cute videos of pet slow lorises are being shared online and viewed by millions of people, who are misled into believing these videos show a happy and adorable animal that makes a great pet; this could not be further from the truth.

Slow lorises are poached from the wild, crammed into overcrowded crates and shipped long distances, often alongside the dead bodies of other lorises. They're then taken to loud, bright markets – a terrifying environment for a shy nocturnal animal. Before the slow lorises are sold as pets, their teeth are ripped out with pliers, with no aesthetic. After all of this, the slow loris is subjected to a life of pain, frustration and fear; they're not meant to be kept in houses as pets.

The most popular video of a slow loris, Sonya, who 'loves being tickled', actually shows a terrified, overweight slow loris in an incredibly defensive position. When a slow loris feels threatened, it lifts its arms above its head to access venom from a gland inside its elbow. It then mixes the venom with saliva to administer a deadly bite; the loris in the video is not asking for more tickles, but getting ready to attack. 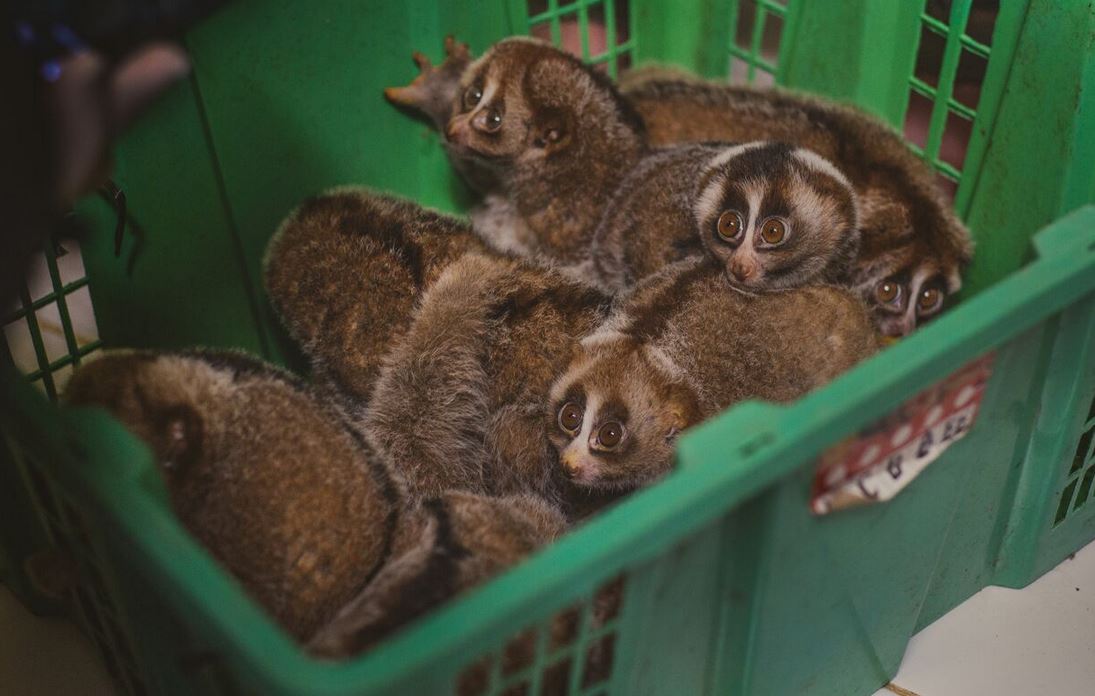 As well as being sold to tourists as pets, there are other ways that the lorises are being used as bait to extract money from tourists.

The latest method that tourists may come across is to use a slow loris as a photo prop. In many countries such as Turkey and Thailand, tourists are invited to pay to have a photo taken with a slow loris; this might sound appealing and fun if you don't know the reality behind the situation.

In addition to having their photo taken with a scared and confused slow loris, holidaymakers may also come across slow lorises crammed into small cages being sold in street markets; a deeply distressing sight.

Tourists are put in a difficult position when faced with slow lorises being sold as pets, or used as photo props. Many people might feel that the best thing to do would be to have their photo taken to be used as evidence to give to charities, or to buy the slow loris and then take it to a rescue centre.

Although this may seem like the best thing to do for the loris, handing money over actually encourages the trade and reinforces the traders’ belief that exploiting slow lorises is a good source of income.

If possible, tourists should try to show no interest in the traders trying to sell photos with slow lorises, but make a note of their location and the time and date. If a photo can be taken discreetly, this could also be helpful. This information can then be given to charities working to rescue and rehabilitate slow lorises that have fallen victim to the pet trade, such as International Animal Rescue.

It may not be advisable to try and speak to the traders about the cruelty they are inflicting, as you can never be sure of how they may react to such comments. It is generally best to gather as much information as possible, and then leave it in the hands of the authorities. 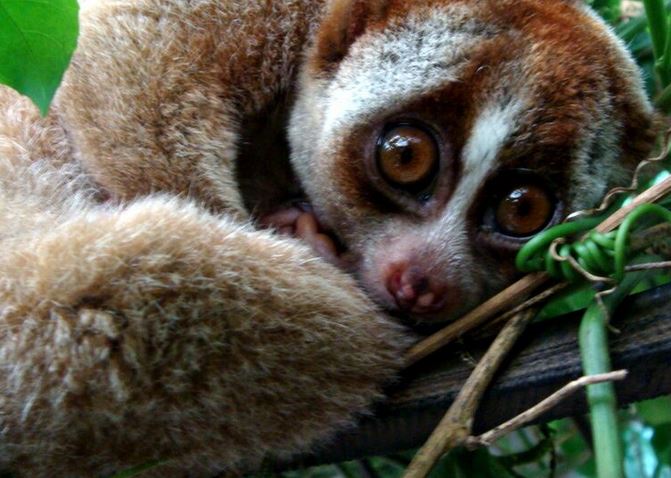 International Animal Rescue’s campaign, Tickling is Torture, provides information and a campaign video which exposes just some of the dark realities behind the slow loris pet trade. Often, slow loris traders will try to fool tourists into thinking that there has been no cruelty involved in the keeping of their slow loris. They may say things such as 'This slow loris was born in a pet shop’ or 'This slow loris still has its teeth’ - however, there's a good chance they're fobbing you off. Find out how to respond to them here.

Conservation groups are working hard to stop the slow loris trade, but there are always hiccups along the way. In September 2013, Rihanna posted a ‘holiday snap’ of herself with a slow loris onto her Instagram account. This, of course, was terrible news for conservationists; somebody with such potential for influencing others and a huge social media following should be very careful about what they encourage and endorse.

However, Rihanna’s 'slow loris selfie' actually prompted the Thai police to raid the area and arrest two men who were selling pictures with the protected species; so in a way, inadvertently, she helped the cause.

It is likely, however, that the photo will have had some negative effects. Although the legal issues around keeping a slow loris as a pet were heavily covered by the media, there was little mention to the cruelty involved, meaning some fans may still be tempted to follow in the footsteps of their idol.

Once tourists return from their holidays, they can continue to help stamp out the slow loris pet trade by telling their family and friends what they've seen - and make sure that anyone they know who is visiting a country where this practice exists knows what to do if they come across it.

← No weigh! Uzbekistan Airways set to find out how heavy you and your bags are

Weird and wonderful facts about Disneyland →