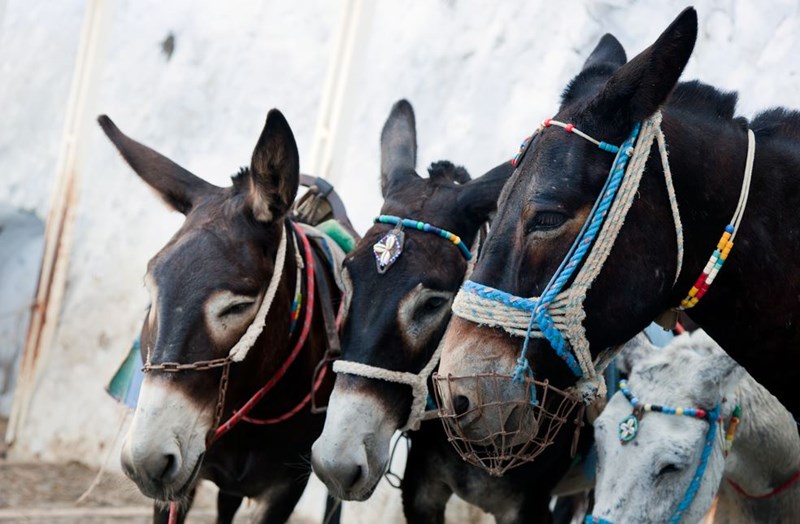 Travel can open your eyes to the world in ways you've never expected - and you may, occasionally, see some sights which may not sit easily with you.

Tourists will often come across donkeys on holiday, but is their work in the tourism trade causing them to suffer?

We decided to speak to The Donkey Sanctuary about what tourists may come across - and what they can do to avoid participating in (perhaps unwitting) acts of animal cruelty this summer. 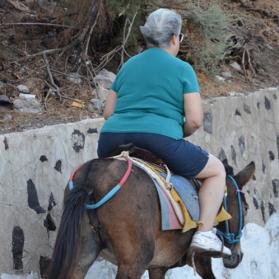 Donkeys and mules in tourist hotspots, such as the Greek island of Santorini, are commonly used as taxis, carrying passengers or carrying luggage. An independent report produced in 2013 revealed that many of these animals are forced to carry overweight passengers and are denied access to shade, water and rest for hours at a time. Poor quality saddles and bridles are often used, and safety guidelines are regularly ignored, placing tourists at risk of injury.

Andrew Judge, Head of Operations-Continental Europe for The Donkey Sanctuary, says: "Being on holiday is not an excuse for ignoring signs that animals are in pain or distress. Tourist taxi donkeys and mules are made to stand in the baking heat with no shade or water for hours on end, and are often forced to carry passengers who are far too heavy which causes injuries and exhaustion. 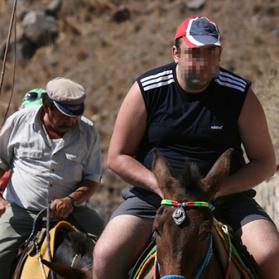 "This summer, we urge British tourists to stop and think before riding a donkey or mule, and consider if they may be contributing to the animal’s suffering. Sadly, the evidence shows that tourists cannot rely on these business owners to look after their animals properly, and tourists must check for themselves that acts of cruelty aren't taking place.

"People need to use The Donkey Sanctuary’s checklist before riding a donkey or mule."

Tourists should ask themselves:

Safety: Will you be escorted by a conductor at all times during the ride?

Thirst: Does this animal have access to fresh, clean water?

Equipment: Is the saddle and bridle of good quality or is it causing sores or discomfort?

Pounds: Are you an acceptable weight for this animal to carry?

Shelter: Does this animal have access to shelter during rest breaks?

We are all responsible for the welfare of these animals, and until conditions improve, The Donkey Sanctuary is urging all UK tourists to avoid taking part in acts of animal cruelty.

← Don't miss out on London's top beer gardens this summer