Dress etiquette around the world

Get your quote now
Home > Blog > Dress etiquette around the world 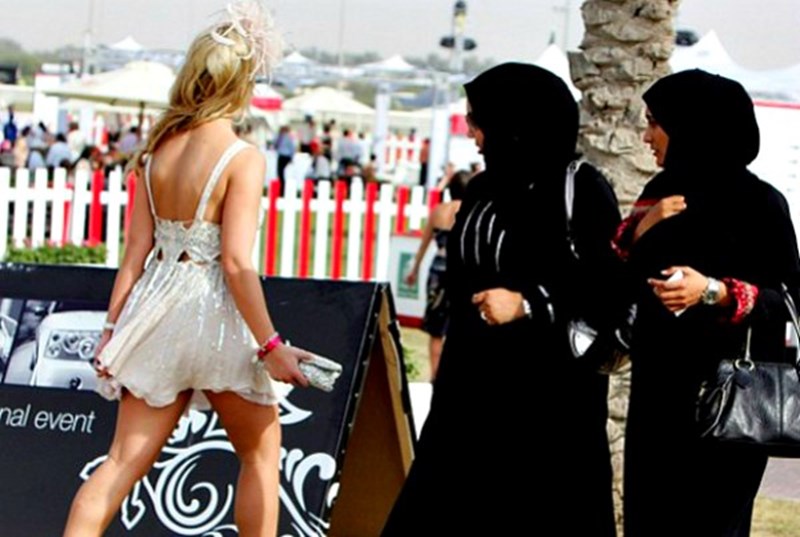 When travelling, there are so many things to remember to do before you go.

Most of us remember to buy travel insurance and sort out our spending money, but it's also important to remember that the countries you'll be visiting might have their own dress codes which must be adhered to. This is particularly difficult for women, as dress codes more often than not are applied to females only.

Here, we'll be giving you a quick run-down of the typical dress codes you may encounter on your holidays, as well as some of the more bizarre ones you may have to adhere to.

A lot of Western cultures don't have dress codes and you can mostly wear what you like, although there are a few exceptions, especially when it comes to respecting churches and temples.

For example, in Italy, if you are visiting a church or temple such as the Pantheon or the Vatican, women are required to cover their shoulders. If you are planning to wear a sleeveless top, it is wise to take a cardigan or a shawl with you. It is also best to make sure you're not wearing short shorts or a mini-skirt , just in case (and out of respect, of course).

Rules surrounding religious attire should also be observed. In 2011, France issued a ban on burqas and niqabs (traditional Muslim women's dress) and those who do choose to wear them will be fined and told to remove them. Men who force their partner to wear these items can also be fined, for up to €30,000.

In Eastern cultures, women's restrictions on what they can and can't wear tends to vary quite a bit. Saudi Arabia is particularly strict, as women cannot show any bare skin at all and must wear a niqab and abaya at all times. It is also worth remembering that women cannot go out by themselves and must be accompanied by a man at all times.

North Korea and Sudan both disallow women from wearing trousers and the punishments for doing so are quite nasty. In North Korea, wearing trousers could result in you having to attend a labour camp and in Sudan, women can be fined and given lashings.

In Bhutan (a landlocked state in South Asia) female citizens must wear a kimono, known as a Kira, in public at all times. Although this isn't enforced onto tourists, it could be a nice way to embrace the culture.

If you're travelling to India, it's very easy to embrace the local culture and dress similarly to Indian women. The traditional dress, a sari, is a colourful outfit and it makes covering up the necessary parts very easy.

In India, you must cover your cleavage, shoulders and knees, so any clothing that covers up those areas is acceptable. Usually, you don't need to cover your head but it is probably best to do so before you enter any religious buildings.

← 10 of the best Summer Music Festivals from Around the World

16 of the most remote and beautiful places you can visit: Part 2 →