10 of the best Summer Music Festivals from Around the World 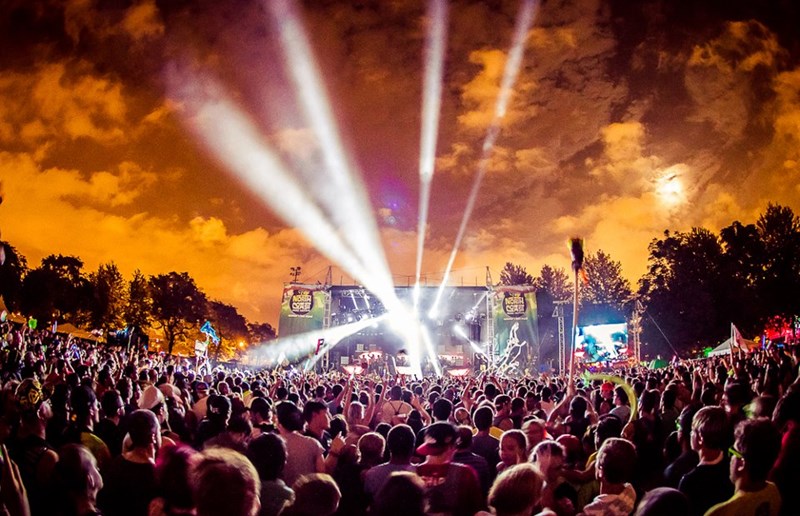 Now that summer has finally arrived it's time to dig out the flip flops, slap on the factor 30 and make your way to the highlight of the summer; music festivals. These can be found across the globe and are the ultimate feel good summer events, and today we look at the first 8 festivals you can enjoy before the winter closes in again!

Originally started as a grunge event 20 years ago, Lollapalooza has evolved over the years into the family festival it is today. The brainchild of Perry Farrell of Jane's Addiction, the first headliners included such top names as Pearl Jam and Soundgarden. The event became so popular it morphed into a travelling circus; moving around the US visiting various towns and cities on the way.

In 2005, however, it settled in Chicago and has been there ever since. The line up is now much more mainstream with indie and pop being the top genres. Kidzapalooza is the place to be for little ones, and they can have clown lessons and watch shows while parents nip off and enjoy New Order, Phoenix and The Cure on stage.

Every August, thousands of festival goers board the party train and travel across Europe, entertained by onboard DJ's, until they reach the final destination of an island sitting in the River Danube. Alighting in a forest lit by thousands of fairy lights is an amazing experience.

There is also a beach of golden sand waiting for you to pitch your tent, and this campsite is a mini event in itself. Here you will find people spinning their own decks, others lounging on sofas and some getting spur of the moment tattoos. There is even the odd hog roast or two thrown in for good measure.

The confirmed line up for this year includes Dry the River, Blur, Mystery Jets, Peter Bjorn & John and John Digweed. If you have done with music for the day and looking for something to do before returning to the camp site why not take a bungee jump, just for the heck of it.

This free and very lively festival brings thousands to the streets of the French Quarter ever August to honour the legend that is Louis Armstrong. For three days there is an unforgettable and indescribable atmosphere where the air is thick with blues, jazz and raw soul, and despite its size it somehow manages to remain quaint.

The 24 tents which are set up in the heart of the city allow visitors to experience the essence and soul of New Orleans through music. This is a family event where you can dance in the streets, fill up on Creole tomato gazpacho with Louisiana crab meat, and give yourself up to the hypnotic vibe of the music of the deep south.

This mega event, regularly attended by over 60,000 festival goers, takes the best of the European festivals, adds a poppy edge and a Japanese twist to create something that you won't come close to finding anywhere else. The indoor stages are the size of stadiums and the outdoor Marine stage is also enormous. The Japanese fans show their appreciation by doing a pogo dance with raised hands, which looks for all the world like an organised riot.

The line up this year is eclectic to say the least, but still hugely impressive. 2013 sees Metallica, Beady Eye, Linkin Park, the Pet Shop Boys and Muse, amongst others, take to the huge stages. There is never a shortage of top acts willing to make the long trek east to appear in this August event, as lets face it, the Japanese always do things differently.

Every August, break dancers, MCs and B-Boys flock to Hradec Králové for this killer festival that is dedicated to everything hip-hop related. The 500 handpicked performers that do their thing during the 3 days of the event include graff artists and dubstep and grime DJs. This year’s lineup includes EL-P, Souls of Mischief and Kendrick. This festival is also credited with giving new artists their first break, so you may well be seeing superstars of the future taking their first tentative steps in the world of hip-hop.

Back to good old Blighty for the next offering on the list; the daddy of all European dance festivals, Creamfields. This can be a pretty hedonistic affair, where face paints, falafel burgers and bell bottoms give way to glow sticks, back massages and pyrotechnics. The vibe is electric with line ups of cutting edge music and artists from both home and abroad. Creamfields is an event that takes place in every continent across the globe, but Cheshire is reckoned the best. If your idea of fun is dancing all night with another 4000 ravers then Creamfields is the golden ticket you.

The relaxed and laid back vibe of the largest arts festival in North America fits in perfectly with the fresh mountain air of Seattle. This serves up flavours that you will find nowhere else, such as Jane's Addiction, Passion Pit, The Vaselines and the Dusty 45's, and during the 3 days of the event at the end of August there are countless art displays and performances to enjoy if you want a break from the music.

Held in a former airfield, you have to actually pass through the arrivals halls to get into this festival. You will find baggage conveyor belts, immigration desks and even departure boards, all providing a unique backdrop to the electro, punk and indie line up. This year’s performers include John Talabot, Bjork and Boyz Noize.

Held on the first weekend of September, there are also a vast arrange of art installations which are surprisingly good. These come courtesy of urban artists known on both the local and international stage, plus a silent disco in the open air and amazing music shows on the runways.

Formerly known as the World Trance Festival, this event takes place every August and is 3 days packed full of nonstop loops, beats and drops which are shiver inducing courtesy of over 2000 international artists. This is one giant rave of epic proportions and is a clubbing experience like no other. Here you will be amongst thousands of jungle, dubstep, house, trance and electro fans all bonding under the baseline beat and raving well into the wee small hours.

This festival, which takes place every year at the beginning of September, attracts high end international artists and 2013 is no exception. Franz Ferdinand, Snoop Dogg and the incomparable Sir Elton John will grace the stages this year, bringing delight to the 50,000 strong crowd who flock to this wild fancy dress party.

Not only do the attendees turn up dressed as escapees from Sesame Street, they rig up a whole manner of strange places to sleep including teepees, squrts, beach style wooden huts and yurts. You can even hire Beryl the Bespoke Bus, which is a 3 bedroomed Cornish cottage with wheels. The organiser, Rob da Bank, is quirky to say the least, and likes to stamp his own creativity on the event. From the outstanding line up to the range of tents where non music events take place, Bestival has been said to make Lost Vagueness at Glastonbury seem positively sedate, and is a firm favourite in the festival calendar.

So there you go, 10 outstanding music festivals across the globe that will satisfy both your lust for music and all the extra craziness that comes with a quality festival. Now you have the list of the best, you can start planning in earnest your summer for this year and next.

Dress etiquette around the world →