6 holiday destinations to visit during Oktoberfest

It is known for being the biggest beer festival in the world, and each year it turns Munich into one of the most popular tourist destinations in September and October.

The annual event is based around Bavarian culture and has a history that dates back over 100 years with millions of litres of beer now consumed each year during the 16-18 day event.

You don’t have to visit the German city if you want to enjoy Oktoberfest, as many other popular cities now offer their own version of the event to give even more travellers the chance to celebrate traditional German food and beer.

The city where it all originated from attracts around six million people each year who are looking to enjoy the beer as well as the games, attractions and traditional food.

The venue in Bavaria is made up of several large and small tents, with the beer tents usually opening at 10am Monday to Friday and closing at 11.30pm, while they serve beer an hour earlier on weekends and public holidays.

Only beer that is brewed from within the city is served at Oktoberfest in Munich, and waiting staff usually wear traditional clothes like dirndl or lederhosen.

If you are planning to travel there as part of a family holiday, every Tuesday is Family Day, which includes cheaper rides and food, as well as performers and activities to keep children entertained.

The August Fair of Malaga, Las Fallas De Valencia and La Tomatina are all famous festivals in Spain, known for their street parties, music and tomato throwing.

There is also a Spanish version of Oktoberfest, which is now celebrating its sixth anniversary at the WiZink Center, and it has seen over 100,000 people enjoy the live music and beer. The food that is available is made according to Bavarian tradition, including bacon, sausages, and schnitzel.

In 2018 alone more than 25,000 people took part in the beer festival, but they sell out fast, so you need to book early if you want to avoid disappointment.

If you want a different experience during your next trip to Spain, then an Oktoberfest festival is a good opportunity to enjoy a mixture of Spanish and German culture.

France is known more for its wine, rather than beer, but that hasn’t stopped Paris from hosting a 10-day Oktoberfest celebration.

The French capital has been holding its own version of the beer festival for ten years at the Paris Event Center in La Villette.

Beer is provided by Meteor Brewery, the oldest brewery in France with nearly 400 years of history. It has been maintained through eight different generations and hosts its own beer festival in Hochfelden each year. There are six different beers available to enjoy at the festival, including a mix of ales and IPAs.

Music performers are also a big part of the evening celebrations, with singers and dancers playing trumpets and keyboards, as well as doing the French cancan. 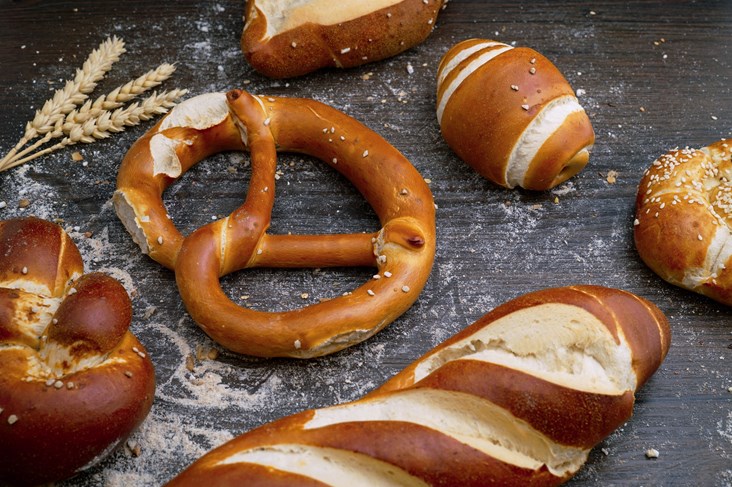 Genoa’s version of the beer festival is held at Piazza della Vittoria, and it is the oldest Oktoberfest celebration in Italy.

Bavarian beer Hofbräuhaus is served to those who attend, and a mixture of tasting courses, concerts and children’s activities make it an event that is suitable for everyone who goes.

What makes Genoa unique is that it offers a dog version of the festivities, which gives children a chance to pet dogs, while pet owners can bring their furry friends along for games and activities. Dog trainers attend the event to give free advice and guidance for dog care and to educate children on how to approach dogs.

It is a rock-focussed festival with Rocktoberfest being a key part of the festivities, and those attending can expect to hear plenty of live rock bands in the evenings.

There are several popular locations in Chicago for anyone looking to spend their evenings in beers halls, enjoying huge steins of booze along with live music and classic German food.

Hofbrauhaus in Chicago is one of the more popular locations in the US state, running event from mid-September until the end of October each year. Nightly performances from a variety of ands and dancers provides variety to each night, while customers will be served by waitresses dressed in traditional Dirndl clothes.

Beer fans can even enjoy a special drink produced by the Hofbrauhaus microbrewery based in Chicago, and it is only available at the event. The production of the beer follows a similar process to the booze made in Munich, following techniques that are used to made recipes that are more than 400 years-old.

London has hosted the biggest Oktoberfest event in the UK since 2011, with over 50,000 guests attending the event at Millwall Park.

It is based in a giant tent and includes traditional live German music and decorations, as well as the traditional long tables and benches. The food also includes a traditional Bavarian feast of schnitzels and pretzels.

London’s beer festival runs throughout October and the first half of November, but is restricted to 18+ restrictions, except for Sundays which are open to families. While a Halloween-themed Oktoberfest weekend will also be held in West Kensington towards the end of October, which will see many attendees dressing up in their favourite costumes as part of the celebrations.

Now that Oktoberfest has expanded into a global event, there is no reason why you can’t enjoy the same atmosphere wherever you travel this Autumn. So wherever you’re heading, it is worth checking if they have a beer festival of their own planned.

What to wear during Oktoberfest

The beer festival is surrounded by tradition from the huge amounts of beer that is drunk each year, to the food and music available, as well as the type of clothes that staff and drinkers wear during the festivities.

Travellers looking to celebrate at one of the many venues don’t have to dress up to attend, but it can add to the experience and help you get more in tune with the culture behind the festival.

Despite originally being worn by Austrian workers in the 1800’s, a version of the dirndl became associated with Oktoberfest as the main clothing for women, and it’s often worn by female waiting staff when serving the huge steins of beer.

Lederhosen are the clothing of choice for men, with the knee-length breeches being traditional wear in Germany, and they are now worn by both staff and drinkers during the beer festival.

← Why you still need an EHIC post-Brexit

The best places to travel to for an Autumn holiday →