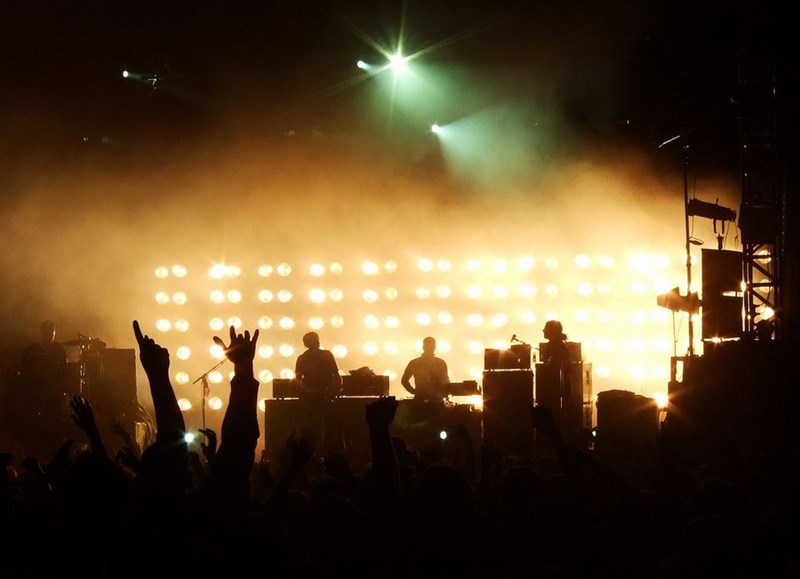 The word 'festival' almost invariably brings to mind images of welly-clad punters squelching through the mud 'somewhere, somewhere in a field in Hampshire' (as Pulp so memorably put it).

Just thinking that festivals start and end with the likes of Glastonbury is to do the others a disservice. After all, there have been festivals held across Britain (and the wider world) for centuries, so you'd think we'd be rather good at them by now.

So, without further ado, here's a somewhat exhaustive list of festivals taking place across Britain, Europe and the wider world, to show that there really is an abundance of choice.

Of course, for all of the above, attention must still be paid to the archetypal music festival. Typified by the now-iconic Glastonbury (or the Glastonbury Festival of Contemporary Performing Arts, to give it its full title), the summertime music festivals are a force to be reckoned with. Even during the recession, Glastonbury tickets were selling out within the hour. That's more than 100,000 tickets (at roughly £200 a go) shifting in 60 minutes - and that's even before a single band or artist had been announced!

Today, mainstream festivalgoers have plenty to choose from, with Glastonbury and the equally historic Isle of Wight Festival joined on the calendar by Reading & Leeds, T in the Park, V Festival, Download, Sonisphere, Bestival and many more.

Looking outside of the mainstream rock and pop festivals, though, throws up a staggering array of alternatives.

As the rave scene emerged in the 80s, before dance music assaulted the Top 40 chart a few years later, dance festivals began to emerge in huge numbers. With ravers willing to gather in fields just off the A27 for a rave (the specifics of which had only been unveiled some hours before), organisers started to see there could be a burgeoning market for official dance events.

Thus, the likes of Creamfields, Gatecrasher and Global Gathering were born. Typically starting as one-day events which ran into the not-so-small hours of the morning, the events quickly sprawled into huge, three-day camping extravaganzas, attracting some of the best DJs and electronic artists from around the world.

British festivals aren't all about dusting off the tent and climbing into your wellington boots, though. In recent years a number of inner-city events have begun creeping up which showcase the most promising new music without even the tiniest risk of getting muddy.

Brighton's The Great Escape became one of the first major new music festivals - being touted as Europe's answer to the globally renowned SXSW in Texas. Soon afterwards came Liverpool Sound City and Swn in Cardiff, all of which welcomed some new bands or artists to venues around the cities - with the line ups complemented by a few more well-known acts to step in as headliners.

As each new line up is announced, few of the names may look recognisable, but many go on to huge things. In fact, artists including Amy Winehouse, Biffy Clyro, Calvin Harris, Florence + The Machine, Alt-J, Haim, Kasabian, Example, Katy B and Tinie Tempah have all played tiny stages at cramped clubs with capacity of barely more than a couple of hundred.

Festival goers aren't only known for broadening their minds when it comes to (ahem) musical genres - the same is true for their travelling habits as well. With Europe's vast array of festivals now just a budget flight away, many music lovers are casting their nets wide and choosing the event that looks best for them - regardless of location.

This trend also permits a much larger range of events, with European festivals taking place within a Serbian fortress (Exit), world-famous race track (Rock am Ring in the Nurburgring), an island on the Danube (Sziget) and a French nature reserve (Eurockeennes).

Of course, these don't just offer a festival experience that's slightly different from the norm, there's also a good chance the weather will be better as well.

Popular music may blaze the trail where festivals are concerned, but that's not to say there aren't any suitable alternatives for those with tastes lying firmly in the classics. While tents, mud and portaloos will certainly not align with the notoriously well heeled classical music fans, there are still festivals out there to sate all tastes and styles.

The Proms - whilst seen by some classical music fans as being overly populist - attracts thousands of guests to London's Royal Albert Hall every summer for its eight-week run. With more than 70 events lined up for each year, organisers have plenty of opportunities to be playful. The end result is typically classics (played by some of the world's most eminent orchestras) tied in with events where BBC theme tunes or Dr Who music introduces a new generation to classical music.

For opera, few can match the history and eminence of Glyndebourne. Offering six performances a year in its 1,200-seat opera house in East Sussex, the festival has been held annually since 1934 - stopping only during World War II between 1941 and 1945. While most noted for its Mozart productions, Glyndebourne has put on renowned performances of works by Janacek, Handel and Gershwin - among many, many others.

A new type of festival that's witnessing a huge increase in popularity is that of the 'music cruise'. While cruises may have long been associated with covers singers (after helping to launch the career of one Jane McDonald) and mahogany-coloured comedians, a new trend is looking to shake up the world of cruise entertainment.

Arguably the biggest and most well known of these cruise events was run by organisers of Coachella - already a main player in the global festival scene. Not only did ticket holders on 'S.S. Coachella' get to spend some of their December travelling around Jamaica or the Bahamas, they were entertained along the way by acts including Pulp, Hot Chip and Warpaint.

Others which made waves around the music world include Holy Ship!, which is now in its fourth year. Acts that have appeared on the jaunt around the southern US states include Fatboy Slim, Skrillex, Justice, Knife Party, Major Lazer and Disclosure.

It's not only traditional festival organisers getting on the cruise bandwagon, as some of music's biggest global stars have also curated some of their very own ocean-borne events. Kid Rock hosted his fifth annual 'Chillin' The Most' cruise in March 2014, at around the same time US pop-punkers Paramore laid on 'Parahoy'. Kiss, who are renowned for putting on a stellar live show have helped organise 'The Kiss Kruise', while Florida rockers Lynyrd Skynyrd topped the bill at last year's 'Simple Man' cruise.

What if there was the chance to go to a festival where acts include Pink Floyd, The Beatles, Queen, Michael Jackson, Bon Jovi, Oasis, Blur, Iron Maiden, The Killers, Green Day, The Who, Nirvana, Abba, Kings of Leon and T. Rex? You'd think this was an alternate world (and one from the past) where all of the world's biggest acts had been coerced into playing some sort of huge super-fest to end all festivals.

Of course, you'd be right and there's no chance of such a line up in reality - but in the lucrative world of cover bands, this isn't just possible but positively commonplace. Not only that, with weekend tickets rarely - if ever - breaking the £100 mark, festivalgoers can (almost) see the world's best artists on any budget.

Festival-going doesn't stop once you have children, of course. While some hobbies or activities might have to take a back seat when kids come along, festivals needn't be among them. Instead, there are a huge number of events that are specifically created with this demographic in mind.

Whilst Glastonbury isn't specifically a family-oriented festival, it aims to appeal to absolutely everyone - meaning that anyone with young children should also be catered to. This comes in the form of its Kidz Field, which features plenty of acts and interactive activities to keep youngsters of all ages entertained. On top of this, a specific camping area has been set aside to keep families suitably detached from the up-all-night revellers.

Others include Camp Bestival in Dorset, which was created specifically to be a family-friendly sister to the more famous Bestival, which takes place on the Isle of Wight. Here, a family friendly atmosphere runs through the whole festival, and parents are also suitably catered to with a line up comprising of acts that wouldn't look out of place on the main Bestival program.

And now for something completely different...

If all of the above weren't sufficient proof that festival goers have a wealth of opportunity at their mud-caked fingertips, here are a few more out of the ordinary festivals that show Britain's not yet given up on its unrivalled eccentricity.

London's Standon Calling may attract stellar music guests, but that's not everything on offer. In fact, for many festival goers the music is something of a sideshow to enjoy around the other activities, which include float building for the event's carnival parade, Mexican wrestling lessons and even a dog show.

Over in Gloucester, meanwhile, is Sportbeat, where live music is supplemented by a burgeoning itinerary of sporting events. This means revellers don't just get to see acts including Razorlight and Soul II Soul, but can also watch (or even participate in) netball, rugby 7s and volleyball competitions. If this wasn't enough, there is also the chance to go zorbing or indulge in a little laser tag.

Britain's festival scene also makes room for charities and good causes. Among the most high profile is Festifeel, an event organised by the Coppafeel charity set up to encourage women to self-examine for breast cancer. Curated by Radio 1's Fearne Cotton, the London one-day event puts on world-renowned bands and DJs, all coming together with a bigger purpose in mind - not just to entertain.

← The 10 Most Iconic Beaches in The World