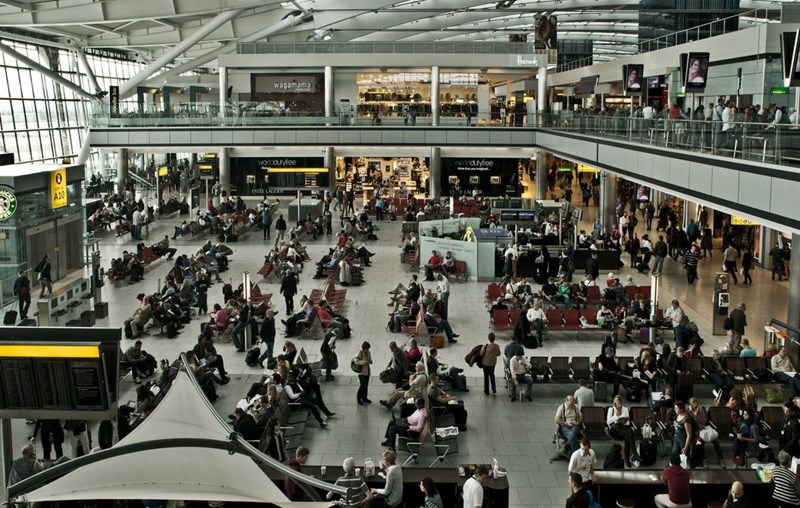 You'd probably think that Heathrow is the last place to see a ghost - but you'd be wrong.

Yes, it's the world's third-busiest airport and more than 70 million passengers pass through every year, but if you catch yourself feeling ill-at-ease or walking through a cold spot, stay alert. It's probably just your pre-flight pint or the airport's air conditioning; but it could be something else. Something which isn't at the airport to jet off for two weeks in Bermuda. 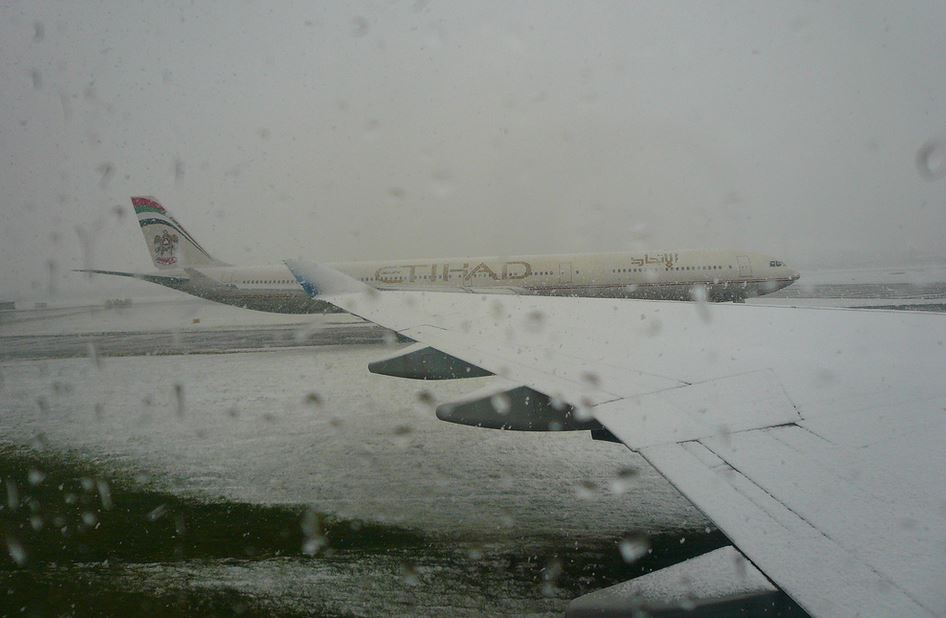 Arguably, Heathrow's most famous ghost hasn't been seen for a while, but it's still a great tale. In March 1948, a flight coming in to land at Heathrow from Brussels ran into difficulties due to thick fog, and the plane crash landed on runway 2-8-Right, killing all three crew members and 17 of the 22 passengers.

As Heathrow employees and the emergency services worked to help the injured and find the dead and dying, a man wearing a hat calmly walked through the fog towards them; he was dressed in civilian clothes and obviously wasn't part of the rescue team. The man asked if the team had found his briefcase, and as the rescue team were staring at him, he disappeared into the fog - never to be seen again. According to reports, the emergency workers later reported finding the same gentleman's body in the wreckage. 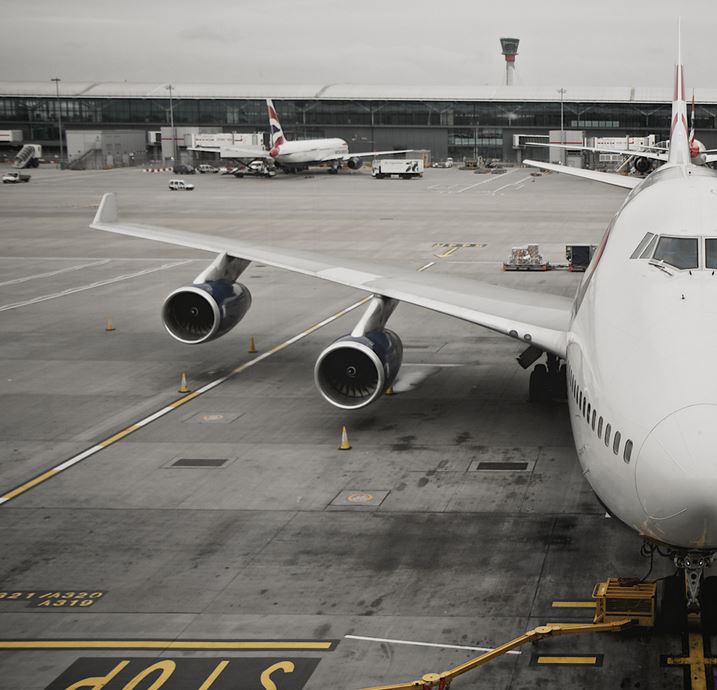 He may have some idea that his days at the office are numbered, but the man in the hat isn't quite ready to give up the ghost just yet. Since the night of the crash in 1948, he's been spotted on the runway, possibly keeping an eye out for his missing briefcase.

Since that terrible night in 1948 there have been many reports of sightings of a man wearing a hat being seen along the runway; during recent years, he's been spotted less and less, but in 1970, it's reported he came back for one final hurrah and something happened which Heathrow staff have never been able to explain.

It all started when the radar office reported picking up a visual of a person trespassing on the runway, which obviously isn't ideal. The airport police were despatched to get rid of the intruder, and they were joined by the airport fire department, just in case anything was amiss. The radar office guided the team to the spot where the man was, and waited for him to be removed.

However, the police reported back that they weren't able to see anyone, and the runway was clear. The radar office testily replied that they must be able to; as they were arriving at the scene, they had driven right next to the person.

Rattled, they continued to search for the individual, guided by the radar office, who were absolutely insistent that the intruder was still visible. Search as they might, the officers on the runway could not find who ever it was, and eventually both parties gave up. Could it have been the diligent office worker, desperately trying to find his briefcase?

If you're going to add a bit of glamour to your afterlife appearances, you could do a lot better than the VIP lounge at Heathrow. Visitors hoping for nothing more strenuous than a shower, a massage and a coffee have reported seeing a man in a grey suit mooching around the lounge, who promptly disappears. 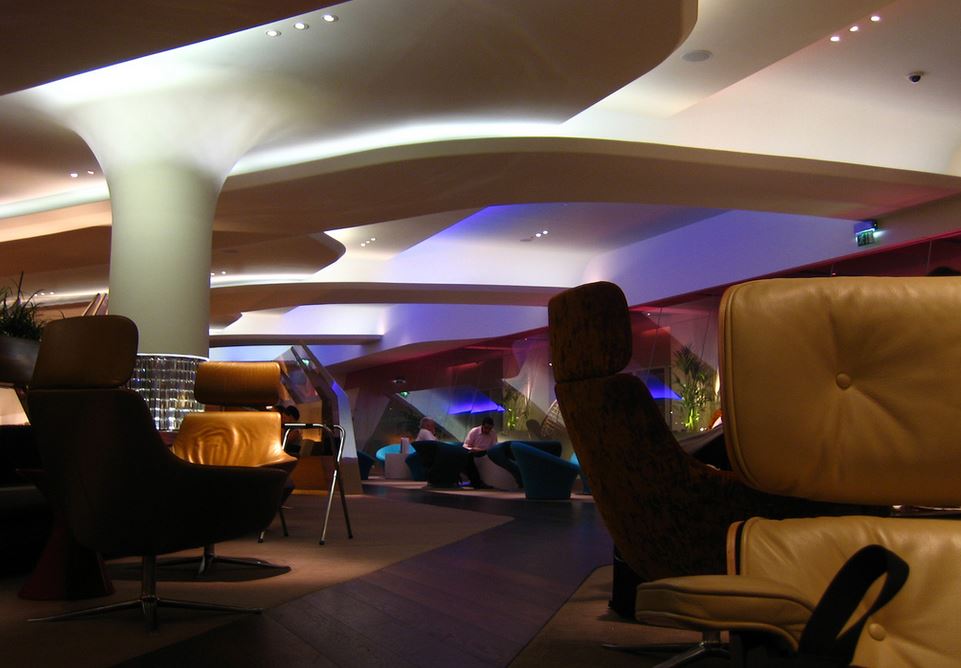 Chillingly, many people who have seen this ghost have said that he appears from the waist down only, so if you spot a pair of grey trousers walking about unattended, this is most likely the cause.

The final ghost who haunts Heathrow is none other than your favourite and mine, highwayman and all-round menace Dick Turpin.

Throughout his short life, Dick Turpin was not a popular man. A violent, scruple-free criminal, he rode up and down England holding up stagecoaches and rustling cattle. However, his luck didn't last forever; in 1739, he was arrested while staying at an inn, and he met a sticky end when he was sentenced to death by hanging. You might be forgiven for thinking the story ends here.

However, it appears that his death at the gallows has not stopped Dick Turpin; he's been viewed at several locations around England - and Heathrow is one of them. There have been reports of a man dressed as a highwayman appearing and disappearing in the main terminal, and Heathrow staff have reported hearing a man barking or howling. When they turn around to see what's causing the noise, nobody is there.

Dick's repertoire isn't limited to dog noises. Many people have said they 'feel his presence' behind them, or that they feel hot breath on their neck. Of course, they turn around and they're alone. Or so it seems...

For shame! Brits show they're lousy tippers at the end of their holidays →