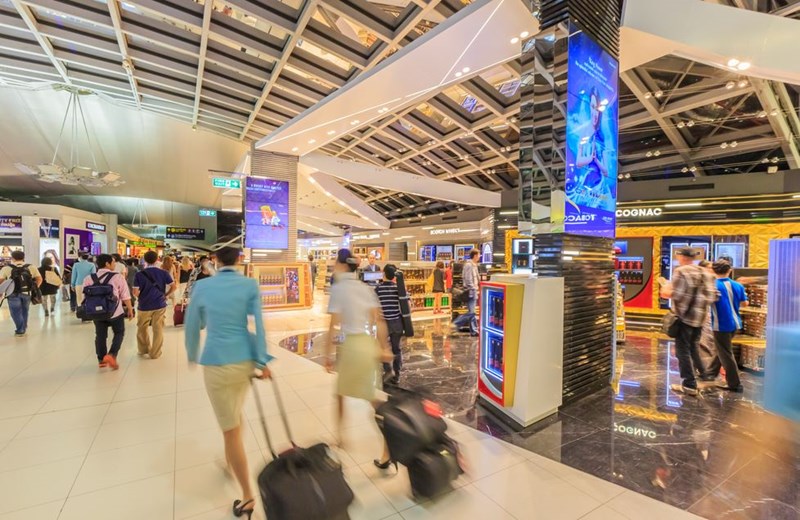 How much do you think the average person spends at the airport, and on their flight?

After the revelation that airport shops have been claiming millions in VAT savings, Loveholidays.com has done a fair bit of research into airport buying habits - and they've discovered that the average airport passenger spends a whopping £52 in the airport and on their flight.

Surely a few bits from Boots and an in-flight sandwich can't add up to that much?

The research also shed some light on our outbound essentials. Predictably, magazines, books and entertainment narrowly take the top spot, and meals, snacks and sweets are the second most common airport purchase.

Who are the biggest spenders? The research shows that 25 - 34-year-olds are the most likely to splurge. Their spendings on food, drink, and magazines come to around £82 per person per visit - ouch.

Let's look at this geographically. Where are these big spenders living?

It looks like the Scots are the biggest spenders, with an average of £72.83 spent per person, per airport visit. Edinburgh residents spend more on drinks at the airport than any other city, with 52% enjoying a pre-flight beverage and and 36% of fliers purchasing drinks on the plane.

Finally, let's take a look at the boarding card scandal. Do you have to show it in Duty Free, if a cashier asks you to?

According to The Telegraph, if you’re not in a duty free but another airport shop, you are perfectly entitled to refuse to show your pass.

← Weird and wonderful facts about Disneyland

Don't miss out on London's top beer gardens this summer →