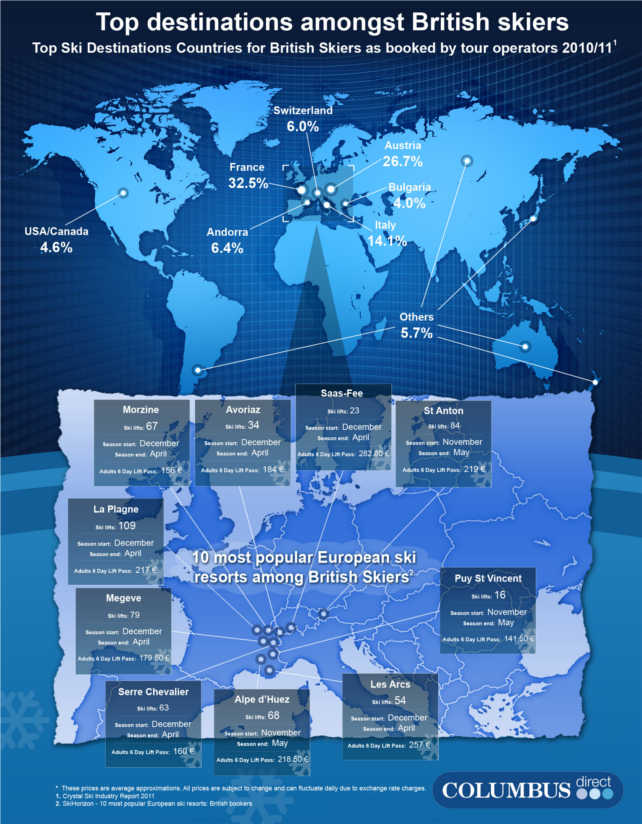 Despite the decline in the overall number of British skiers visiting France, French ski resorts remained the most popular in Europe for 2010/2011 (Ski Horizon)

*Prices in Euro. There prices are average approximations. All prices are subject to change and can fluctuate daily due to exchange rate charges

According to Crystal Ski Industry report, 2010/2011 ski season experienced a 5% decline in the number of British skiers travelling abroad. UK ski market has shown a downward trend over the last 3 seasons but experts are optimistic and hoping for a turnaround over the coming seasons. In 2010/2011 some major ski markets like France and North America showed a reduction in British skiers where as others which offered value for money like Austria and Bulgaria were on the rise.