Up and coming destinations for 2013

Up and coming destinations for 2013… 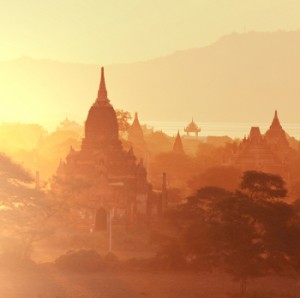 British travellers have been trickling back into Myanmar (formerly Burma) since the release of Aung San Suu Kyi in 2010, and the country is now opening up to tourism from pro-democracy countries.  Off the tourism radar for years, Myanmar has an air of being preserved in time, and the main cities of Yangon (Rangoon) and Mandalay have preserved pockets of colonial architecture. But most visit Myanmar for the chance to immerse themselves in Buddhist culture with its many templates and tranquil pagodas. Visit the gilded spires of the Shwedagon Pagoda, or head to Nga Phe Kyaung Monastery where troupes of cats have been trained to jump through hoops (you’ll know this is impressive if you’ve ever tried to ‘train’ a cat). You can also hire bikes and explore on a bicycle  tour or swap two wheels for four legs and try elephant trekking at Alaungdaw Kathapa National Park.

Travel to Myanmar still presents an ethical decision for many, and it is worth keeping up to date with Foreign and Commonwealth office advice available on their website here.

Hidden Greece
In the trail of its financial crisis, Greece is keen to show European travellers that it can offer high quality resorts and great value.  New destinations are opening up for the summer season in 2013, including the unsung islands of Kalymnos and Telendos. While island getaways remain popular, travel to mainland destinations is on the increase and well worth considering, including such destinations as the picturesque Peloponnese town of Napflion, and Greece’s second city Thessaloniki – renowned for its fashionable boutiques, buzzing nightlife and beautiful Byzantine architecture. 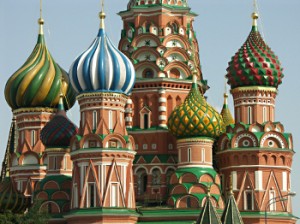 Russia
With twice daily budget flights now running from Gatwick, visiting the Russian city of Moscow has never been easier.  With cultural highlights including world-class museums and galleries, opera and the Bolshoi Ballet, it is well worth considering as a city break destination this year. Although you’ll still need to apply for a Visa a few weeks in advance, your airline will recommend a visa service to make things simple – you just need to remember to do this a few weeks in advance (the cost is around £50).

Ethiopia
Say ‘Ethiopia’ and it is hard not to associate it with heart-breaking images of famine. However, this welcoming and beautiful country is emerging as a top destination for travellers seeking culture and adventure. It offers a wealth of natural environments – from lush moorland vistas to the UNESCO World Heritage Site of the Simien Mountains – home of the Bleeding Heart Baboons. Visit the Great Rift Valley and you’ll see huge, lakes and savannah grassland – home to Africa’s most famous mega-fauna such as lions and zebras. Ethiopia is also one of the oldest Christian civilisations in the world, with a rich archaeological, cultural and architectural history, with the churches at Lalibela and the medieval castle at Gondar being unmissable highlights.

Great holiday ideas to get away from it all →