Best and worst skiing experiences – how many have you experienced?

Get your quote now
Home > Blog > Best and worst skiing experiences – how many have you experienced? 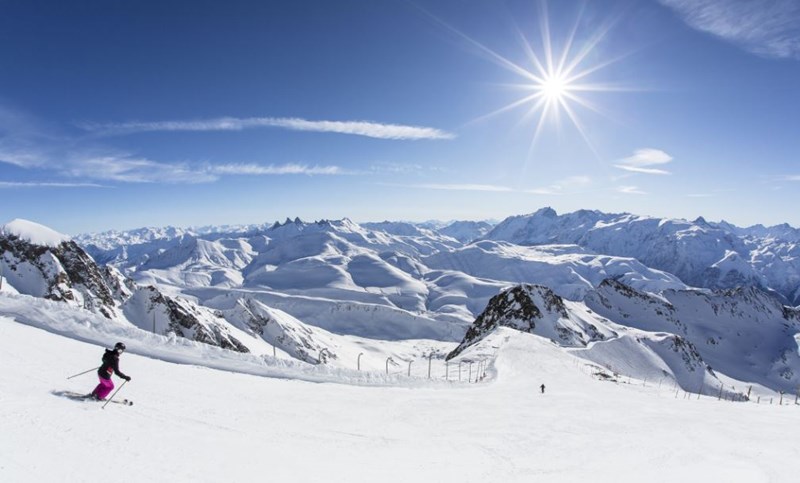 Patrick Thorne is the editor for InTheSnow magazine and website, and it’s fair to say that he knows his stuff. He’s been hunting snow since 1964 (yes, that’s exactly what it sounds like), professionally skiing since 1984, and he’s written over 20,000 snow news stories, features, and reports.

Seeing as the ski season is kicking off, we decided it might be a good idea to interview him to find out about his best-ever experiences on the piste, and hear about some scary and/or uncomfortable times in the snow. Take it away, Patrick. 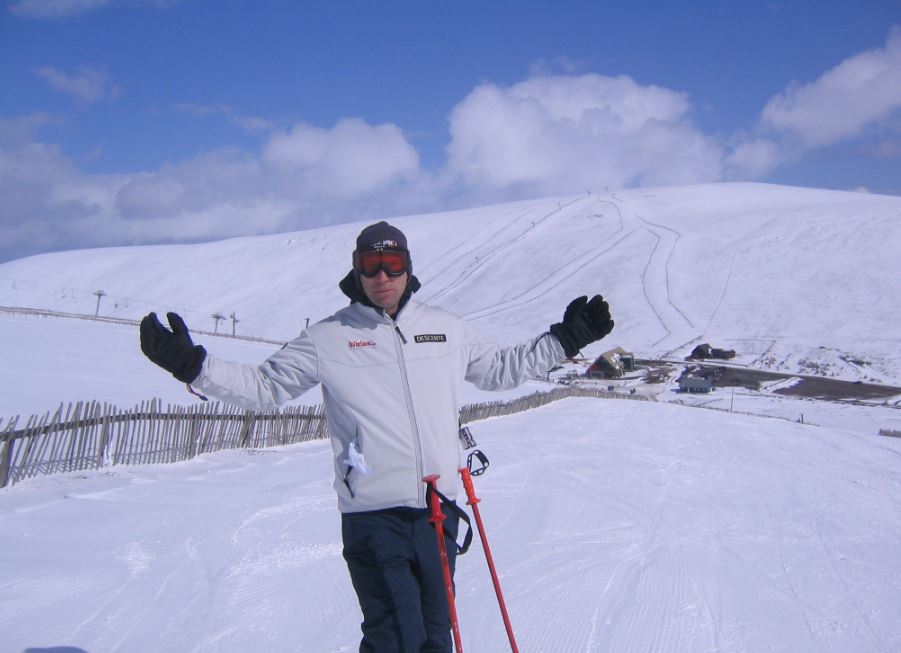 "Overall, I’m glad to say I could relate hundreds of wonderful experiences and only half a dozen or so bad ones, and none of them that bad really, I’ve been very lucky.

"I live in the north of Scotland, close to the five ski areas up here. To be honest, I don’t ski much locally; snow cover can be problematic and when it’s good the centres are swamped by keen skiers and boarders, which can lead to big queues. Worst of all, they expect me to pay for my lift pass - it’s the only place where I do!

"However, I have had some of my greatest ski days in Scotland when not many other people made it to the slopes. One time, perhaps 15 years ago, there was early snow and I remember skiing on Halloween with my boys when they were young, and having a great time at The Lecht. I’ve also had some wonderful days in April or May, when most people don’t bother going skiing, but conditions have stayed great. 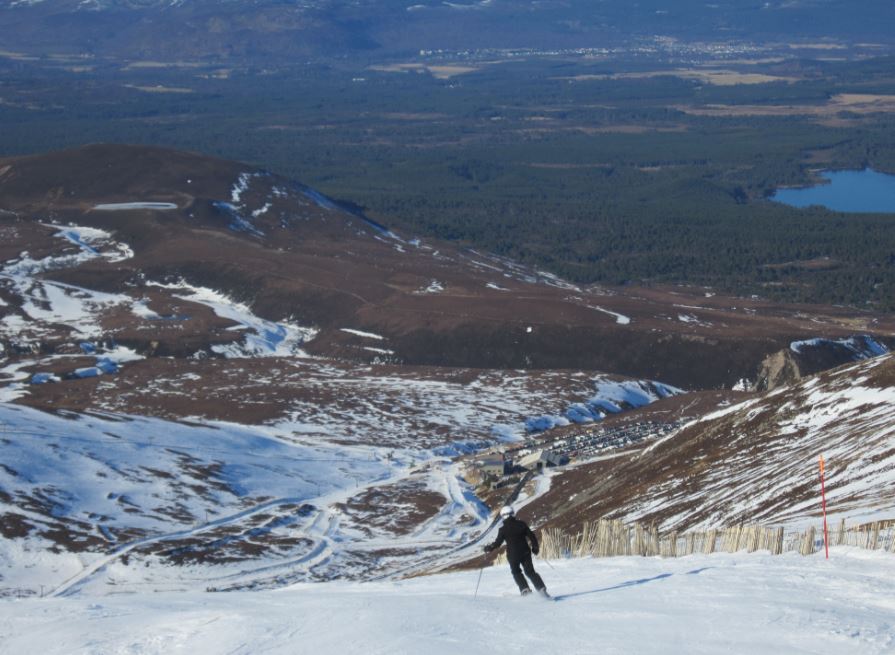 "One of the good things about being a ski travel writer is that you get to go on a lot of press trips to review ski resorts. I’ve travelled all over the world, stayed in incredibly luxurious hotels and chalets, and done things I couldn’t possibly afford to if I had to pay. One downside is that the trips are usually quite short and filled with presentations, tours of properties and long lunches (I know your heart must be bleeding for me). However, this means you don’t actually get to ski that much. Although I’ve now visited nearly 300 ski resorts on more than 200 trips in the last 30 years, I’m not actually that good, as I never get to practice that much.

"As a rule, all of the marketing and PR people assume you’re a great skier, plus, they’re desperate to get out of the office, and are keen to show me the terrifying steep terrain they enjoy so much. There have been plenty of times when I have been outside my comfort zone on the ski slopes. Perhaps one of the most alarming was when a PR guy and 'powder hound' took me past increasingly steep chutes at Kicking Horse ski resort in British Columbia, until the path finally ended with the steepest of the lot. “You’ll be fine!” he told me. When I got down alive the exhilaration level was off the scale. 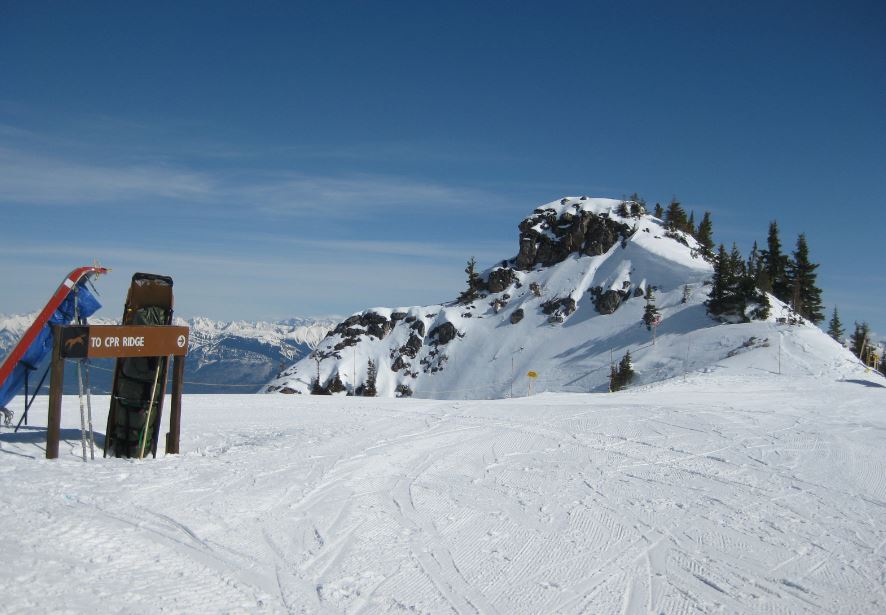 "Another time, I did the Vallee Blanche at Chamonix - it’s the world’s longest ski run. Thousands of people do this every year and it’s not very difficult; however, at the start, you have to negotiate this freezing path on a ridge of snow called the arête from the top of the cable car to the start of the run. You’re in your ski boots, carrying your skis and there’s a sheer drop if you slip. To add to the fun, when I did it, roped up to a group which included the comedian Marcus Brigstocke, it was blowing a gale. We inched down it, and I was fairly terrified. Never again. 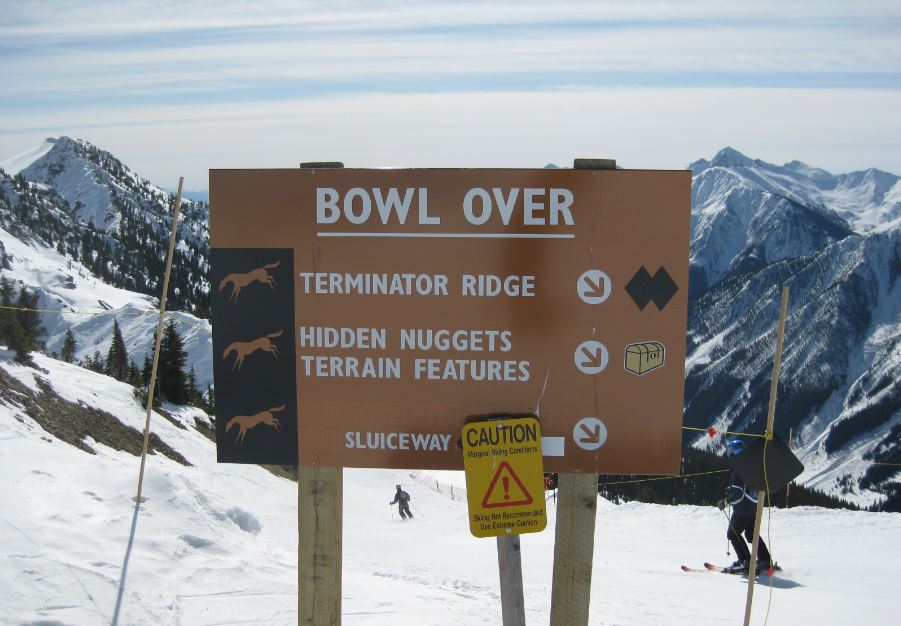 "There are lots of famous attractions in the ski world that you may have heard about years or decades before, but it can take you a while to get round to doing them, because you can only make so many trips. One of these the world’s ‘longest black run’ at Alpe d’Huez in France. I had been sceptical about, because although there is a big vertical descent, with it being 10km long, it seems like it couldn’t be very steep, so I guessed it wasn’t really 'black'.

"I finally got to ski it last February, and it was one of the most enjoyable runs of my life. It was a beautiful day, the snow was good and the previous trip I had been on had been a really bad one as there had been little snow. So all the stars were in alignment.
Most of the run is quite easy – it’s mainly blue and red - and it was just a perfect long cruise that went on and on. The tourist office had arranged a nice lunch in a mountain restaurant at the bottom, then a massage in a spa, so that was a completely perfect day. 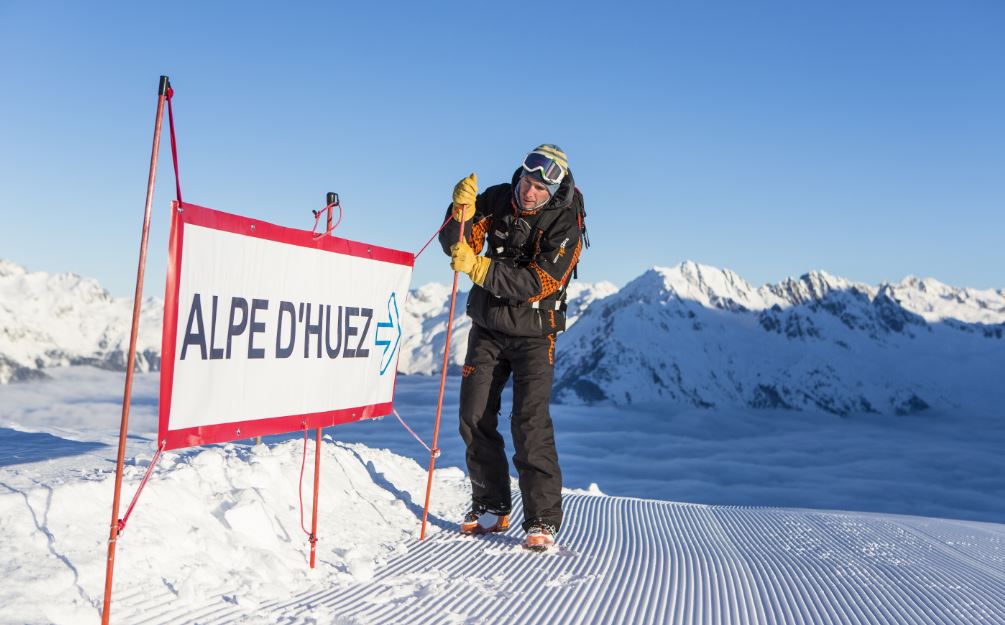 "I’ve taken part in quite a lot of charity ski events, and they’ve all been fun. I did a 24-hour ski race in Switzerland which was great; I remember jumping on a chairlift at 3am and whizzing up in to a starry sky. But the Santa Claus World Championships in Switzerland were probably the greatest fun. I entered a team with my oldest son, my brother-in-law and a good friend, and you had to do all these 'It’s a Knockout' type challenges. One was to coax a donkey laden with gifts up to a chimney which you climbed up, and dropped the presents down. Of course, no one could get their donkey to move, so we eventually just grabbed a leg each and carried it up the slope, presents and all. We won that round! 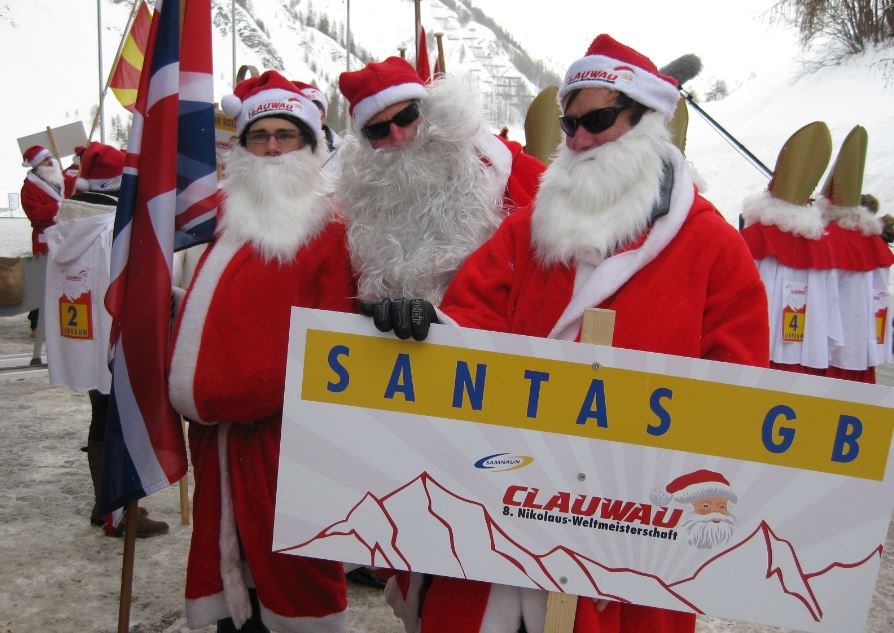 "During all my trips I’m lucky enough never to have had any really big problems that I can remember. Usually, the most I’ve had to complain about is transport disruption caused by bad weather; let’s face it, you’re travelling to the mountains in winter so it’s just something to get used to.

"I did have a pretty lousy trip last Christmas, though. We used to go skiing every Christmas until our children were born. We have three sons, and we’ve had decades of great family Christmases at home, but the older two are now in their 20s and doing their own thing or unable to get home for Christmas because of their jobs. So last Christmas, with only three of us left at home, we thought we’d go and have a lovely snowy Christmas holiday in the Swiss Alps. 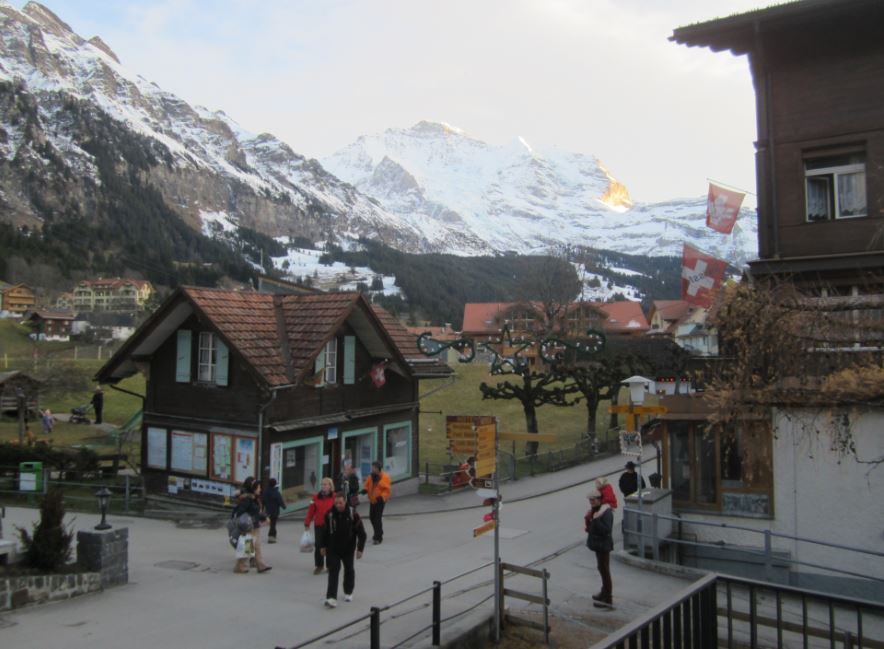 "I chose a huge resort I thought would be really snowy, as well as one in stunning scenery, only to choose the worst Christmas in 50 years with almost no snow, even high up. So the resort just looked drab and there were about 10,000 of us all battling to get on half a dozen icy pistes. To top it all, I got ill with some bug, so all in all it was a lousy holiday and we’re not going away this Christmas. Although Murphy’s law being what it is, I'm sure this Christmas will actually be great!

"One good thing about winter sports is you can have as much fun in your first weeks learning as you can when you’ve done it hundreds of times. I can still remember some of my first trips at school and college 35 years ago when I was a teenager, as they remain some of my happiest skiing memories, not because we were in a plush hotel or great resorts, but because of the people I was with, the fun we had and energy I must have had. I remember the great race to be the first on the slope each morning, and then trying to be the last on the last lift of the day so you could do a top to bottom run at full tilt on an empty slope. 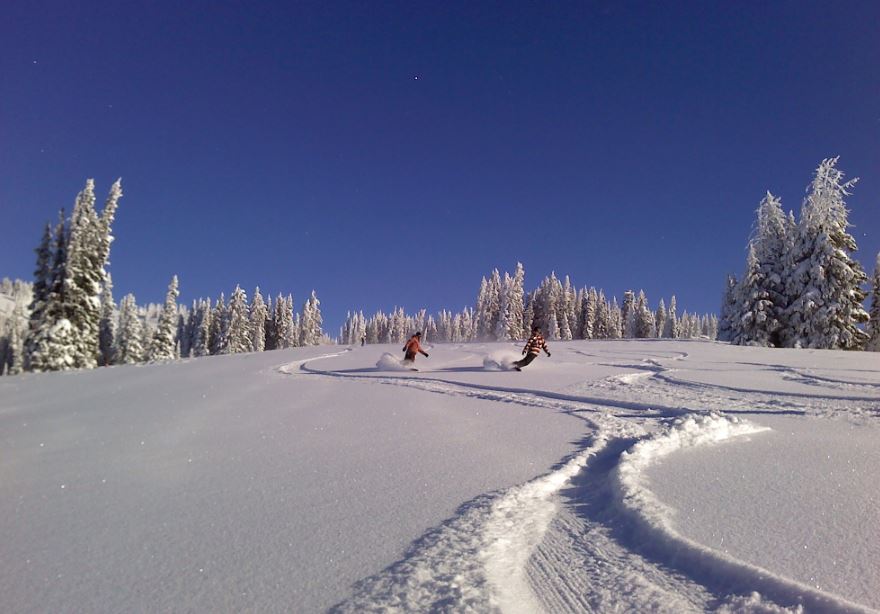 "That brings me on to the scariest ski holiday experience I’ve ever had. I was on a trip to Colorado about 25 years ago; it was one of my first trips there, and I was mid 20s, and had not been driving too long.

"We picked up a 4x4 rental car at Denver Airport, and drove out to Steamboat. I asked about weather conditions, but the guy at the rental desk said that for legal reasons he couldn’t advise me what conditions were like. We headed up towards Steamboat, going over this very high road called ‘Rabbit Ears Pass’ - it’s at least 10,000 feet high. A blizzard blew in, which got progressively worse. The road was quickly buried by snow a foot deep. I tried to follow the tail lights of the car in front but it was going too fast and I couldn’t keep up. We didn’t know whether to stop so kept crawling on, then the car spun out of control and slid off the side of the road, fortunately into a shallow ditch. The 4x4 managed to crawl back on to the road and another slower car came along, so I fell in behind that. When we arrived in Steamboat we just sat in the car holding each other and crying. So I’ve never been too keen on driving on snow ever since. 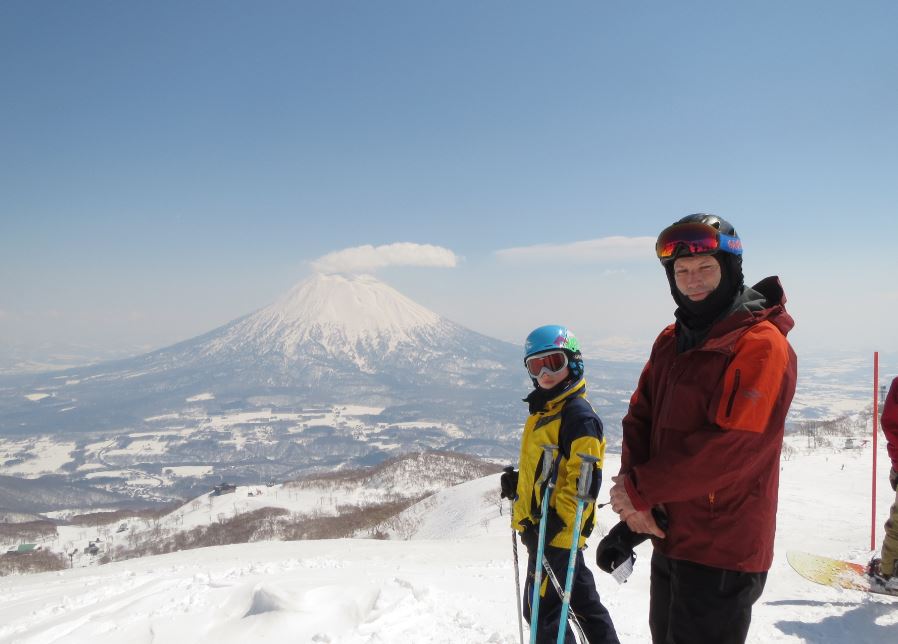 "I was sent to ski in Japan on assignment about five years ago, and didn’t think I would like it. They wanted me to go for a week, but I said I’d go for 72 hours max – and it was three flights and 24 hours travelling in each direction. Of course, to my great surprise, I fell in love! I knew the snow was supposed to be wonderful, but nobody had told me the Japanese people are great, the food is fantastic, the scenery’s stunning and everything else is good too. I went back as soon as I could afterwards, for two weeks that time!"

InTheSnow Magazine is the only free winter sports news magazine in the UK. Edited by world renowned ski journalist and ‘snowhunter’ Patrick Thorne, it's the best place to get your ski-related news and views. They're also on Facebook and Twitter; go on, say hello.

← Advice for our customers who are currently in France, or planning on travelling to France