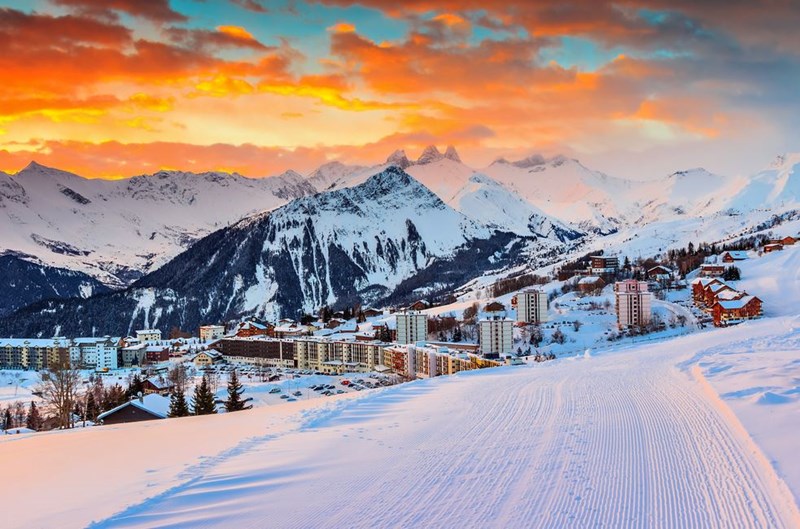 If you're after the perfect skiing break, you don't need to travel for hours; the world's best skiing destination has been named as France.

Figures recently released from the Domaines Skiables de France show that the country has more skier days than any other, at 53.9 million. The USA, which came in at second place, only has 53.6 million days.

The most popular French resort is La Plagne, a French ski area in the alpine valley of the Tarentaise, which racks up an impressive 2 million skiing days in total.

A study released in September, conducted by the Ski Club of Great Britain, has shed some light on why France is the number one choice for skiers.

Olympic skier Chemmy Alcott is a huge fan of skiing in France. "Having started to ski in France, gone to a mountain school in Flaine and had a small family apartment there, skiing in France has always been and will always be like home to me," she says.

Julian Walker, from skiingproperty.com, is convinced that France remains the best bet for skiers and snowboarders. "Good snow records, large ski areas, easy access and a choice of traditional villages and modern purpose built resorts that offer convenience," he says.