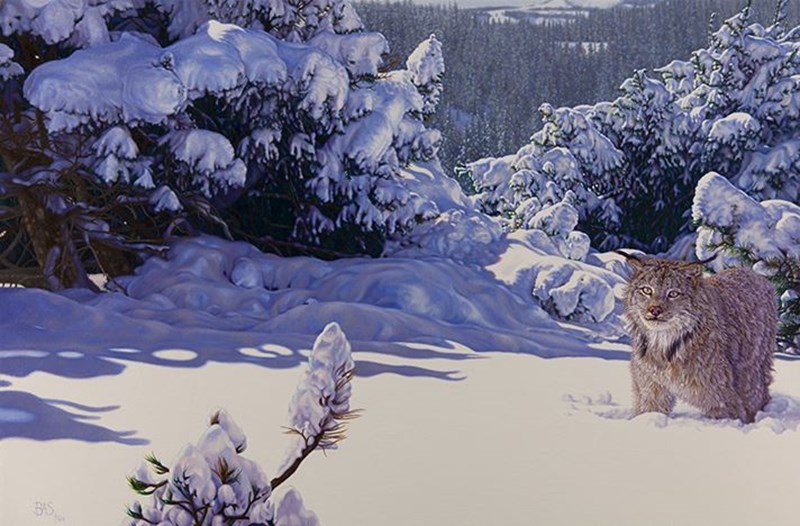 Bas Evans has been a wildlife artist for over 20 years, and during that time, his work has taken him all over the globe.

Widely recognised as one of the world’s most highly acclaimed wildlife and nature artists, his work receives recognition from museums, galleries, art critics and collectors alike. We spoke to him about the best places he’s visited, how travellers can make the most of the world’s most beautiful and remote locations, and his brushes with some of the most dangerous animals on the planet.

Bas initially began his painting career in the UK, but after a three-month trip to Florida during the winter, he realised that wildlife art was what he wanted to focus on. “I stayed with family over there, and I spent my time painting and surfing,” he explains. "I was immediately able to get into galleries, which was a positive start, as at that time I didn’t think there was much scope for wildlife art. The US helped kick-start my career; it wouldn’t have happened so rapidly in the UK. As a wildlife artist, if you want to be established, the US is an important place to be.”

After a brief stint back at home, Bas returned to the US, and undertook a research trip in Montana.

“Every state is so different,” he says. “The scenery is spectacular, especially in places like Yellowstone National Park. For wildlife, North America is great - especially for big game. The animals don’t stay still for long, but that’s fine - they can be sketched quickly, and I’m also a photographer, so I have plenty of resources to work from. However, the travelling I tend to do for work these days is quite specialised; there’s no way I could bring my family with me.”

“Africa is hugely inspirational for me as an artist,” Bas explains. “As a continent, it’s very diverse, and each country has its own nuance. Kenya and Tanzania offer a real Out of Africa experience; there’s so much space and the savannah is beautiful. If you head to the Masai Mara National Reserve, you can witness the Great Migration, which happens every year. Animals congregate to feed and cross the Mara river; there’s so much to see. In other places, you have to hunt for things to see. During the Migration, you’ll never have to search.

“The best time to visit is the end of June to mid-September, and the key for me is the research I do before I travel - you have to be in the right place at the right time. January’s not so great, as a lot of animals have left the area.

“I’d recommend that travellers see Africa - Kenya, the Masai Mara, Samburu, Amboseli, and Tsavo are all great, and as a specialist, I sometimes find more remote locations. However, some of high end lodges where people stay are incredible, and it is possible to see Africa on a budget. My advice is not to just go to one location - try to go to two or three different areas and three or four nights in one park is enough. Namibia is fantastic; it’s huge, and it has the best roads in Africa. I drove around Namibia for a month in my own car; it was great. The main area I’d recommend is Etosha National Park, you’ve got all the big game there, but once again, timing is very important. The dry season is the best time; there’s better visibility and the animals are less dispersed, often congregating around waterholes.

"There are dangers to be aware of in wild Africa. A friend of mine was killed by a buffalo; he was hugely experienced with African wildlife but the not all wild encounters are predictable. However, with an experienced safari guide at your side it's possible to have many close encounters with wildlife, and come away with unforgettable experiences and amazing photographs!

“Montana and Wyoming are two favourite states of mine,” Bas says. “They’re large states with a low population - Yellowstone National Park can get very busy in the middle of summer, but even that doesn’t detract from how gorgeous it is. I’d aim to get there for autumn or spring. Yellowstone is where you’ll find loads of big game - wolves have recently been reintroduced to balance out the park’s ecosystem. Animals such as elk damage the trees, and the wolves will pick off the elderly and the infirm, so they’re helping to maintain the equilibrium of the park’s wildlife. 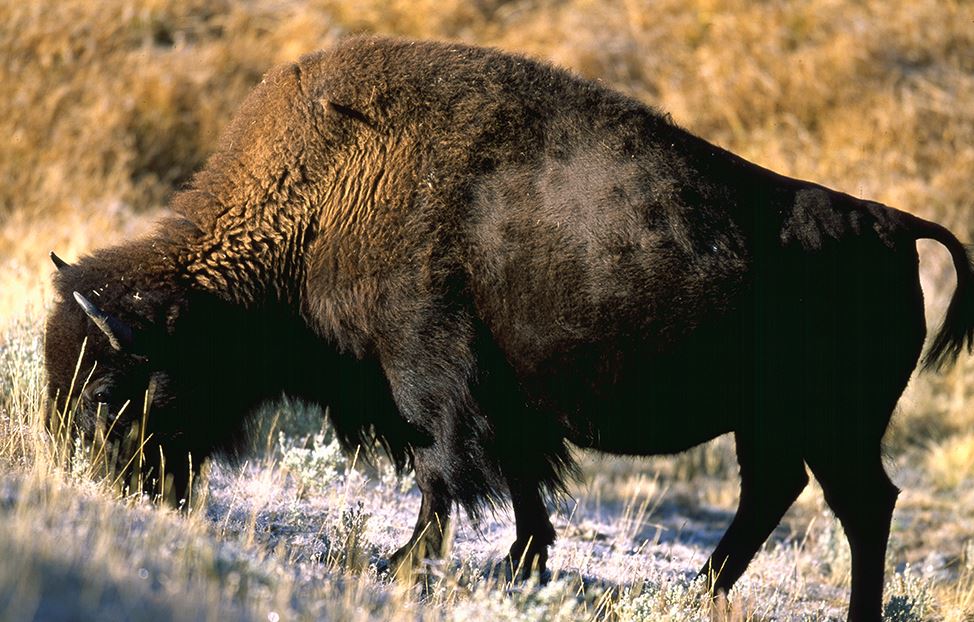 ”Haydn Valley is spectacular; the Yellowstone river runs through it. A massive volcanic caldera runs beneath it and geyzers such as 'Old Faithful' shoot steam up throughout the park! I had a wonderful time there with a huge herd of bison. I waded into the river to take photographs and I was the only person there. It was one of my favourite experiences. Bison can be dangerous, you always have to be aware of where they are, and respect their space. When I first saw them, they were walking towards me, so I had to back off.

“I also love Alaska - it’s a massive state with a coastline which you can cruise along. I’ve been there twice, and gone to Denali National Park, which has the highest peaks in North America. It’s a large expanse, with beautiful valleys - and most people normally head there for the wildlife. It’s not easy to get to and there aren’t many tourists, but it is on popular tourist routes and worth a look. You may spot grizzly bears and very large moose; both animals are capable of lashing out when they’re frightened, so always approach them with caution. “I also recommend heading to Denali; it’s the highest mountain peak in North America. The best time to go is autumn, but there’s only a two-week window period when it’s at its best and the colours are terrific.”

“I’ve been to Bali several times,” Bas continues. “I went for the scuba diving and the culture; it’s very beautiful, and very touristy. The culture there is shaped by Hinduism, which is unusual, as Indonesia’s mainly Muslim, but Bali has kept its Hindu heritage. Indonesia is a vast expanse of islands - I’ve also been to Sumatra, to see the Sumatran Tiger. I visited a highland rainforest called Kerinci Seblat National Park. You land in Jakarta, then catch a flight to Sumatra, then you’ve got a ten-hour drive.

“Once you’re there, you’re very much on your own; rainforests can be really hard work. There are more species there than anywhere else, but you’ll see less, as you’re always hacking away with machetes in order to move forward. You’ll have to cut your way through bamboo forests and wade through rivers - however, it’s totally worth it. The air feels so fresh and clean, and you feel totally immersed in wildlife and nature.

“My advice to all travellers is just this - do your research. Then, for example, you wouldn't travel to Alaska in the summertime, because of all the mosquitos. Culturally, Indonesia is a great Southeast Asian experience. They have their own fashion, and they’re very musical people. Most people are going for the ‘island experience’; I don’t; I head to the wild areas. Some areas are not on the usual tourist routes, and can be hard to reach, such as Unjumg Kulon National Park, in Java. Indonesia has some great national parks, but sometimes it can be incredibly humid; often in the jungle there’s thick mud to negotiate, as well as salt water crocs and poisonous snakes to look out for!

“While I was in Indonesia, I saw several dangerous snakes, such as pythons, cobras, and the most deadly of the lot - the Indonesian ground snake. This snake is relatively small, but it can kill quickly. I was hacking through the undergrowth with a guide looking for the Javan rhino and I almost stepped on the ground snake; I thought it was dead, so I gently touched it with my boot. I was wrong. The snake slithered off, and I was unharmed, but if things had happened differently and the snake had bitten me, I don’t think I’d be here now! Always research your journey, and always respect the wildlife - you’ll find you get a lot more out of your trip, and you’ll leave with wonderful memories and a great affinity for nature's marvels.”

The Art of BAS is delighted to be working with Oak Furniture Land, who are displaying Framed Limited Edition Paper Prints of Bas' artwork within their numerous showrooms. Click here to find your nearest showroom.

The best places to stargaze in the UK →