Get your quote now
Home > Blog > Where to go in May

With the unseasonably chilly spring we’re having, we’re all in need of some sunshine here at Columbus Direct towers and our thoughts are turning to hotter climes.  Why not plan an early-season Summer break to get your dose of Vitamin D?  Here are our top picks for travel during May: 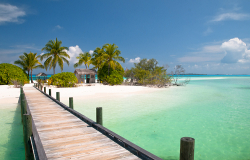 May is the best time to visit the Bahamas to avoid the summer rains and hurricane season and to take advantage of cheaper deals (peak booking season along with its inflated prices ends in April). Average temperatures are between 24 and 29°C, the sea is warm and there’s plenty to do during May, including seafood festivals, fishing tournaments and the Abaco Islands Roots Heritage Festival.  If lazing on the island’s idyllic beaches gets too much for you, there’s also the Ardastra Gardensm, Zoo and Conservation Park to explore in Nassau, where you can see parrots and iguanas and flamingos, as well as the Pirates of Nassau Museum for slightly cheesy, pirate themed fun. 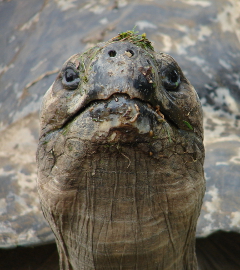 With May temperatures at an average of 29°C, 10 to 11 hours of sunshine and low chance of rain, Paphos in Cyprus is a sure fire winner for a sunny Med beach break. Although the main tourist drag has the usual array of tourist-centric shops and bars, it’s also home to a UNESCO world heritage site, where you can explore archaeological remains including a ruined medieval castle, and buildings dating to Cyprus’ time as an outpost of the Roman empire – including an amphitheatre and Roman villas with intricate mosaic floors.  While you’re in Paphos, why not pay a visit to the Bird and Animal park – home to monkeys, giraffes and friendly giant tortoises. 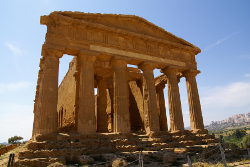 Sicily
Hotter summer temperatures start in May – it’ll be pleasantly sunny and hot at the beach but shady and cool if you’re wandering the streets of Palermo, enjoying the mish-mash of history and cultures of this historic sea port. And, if you’re flying in to Palermo, visit nearby Sigesta to see the beautifully preserved Greek temple and amphitheatre.  The Italian island offers eight hours of sunshine a day, hardly any rain, and temperatures nudging  in to the high twenties (°C) during May. 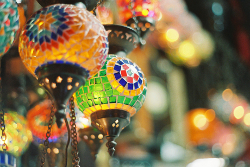 Istanbul - with its combination of opulent Byzantine and Ottoman architecture, boutique hotels, stylish bars and restaurants – Istanbul makes a great romantic city break during May, when you can enjoy warm temperatures without the sticky summer humidity.  Whether you’re planning to come back with just some lokum (Turkish Delight) or a magic-carpet style rug, try your hand at haggling with some of the 5,500 plus sellers in the Grand Bazaar. Enjoy delicious Meze in a meyhane (tavern) and take in the sights – including Hagia Sophia with its four imposing minarets, and the the lavish Topkapi Palace where you can see the harem and imperial treasury of the old Ottoman empire. 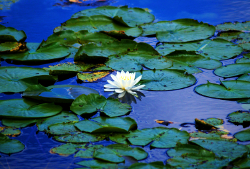 Giverny
Home to Claude Monet for 43 years, the gardens at Giverny are a spectacle of Spring colour during May, when irises, peonies and rhododendrons are all in bloom. Inspired by tranquil scenes from Japanese art, Monet’s landscaped gardens were a subject the artist returned to throughout his life – and here and there you’ll spot familiar features from his work, including waterlilies and the famous Japanese bridge covered in wisteria, which is in blossom during May. Combine with a trip to Paris and you can enjoy another botanical excursion to the gardens at Versailles.

Hotspots to avoid during May – India, which is just entering its monsoon season.

← Champion Chemmy has one more hurdle

Top tips for your first time in Rome →