Check out the winning entry for our Columbus Day competition 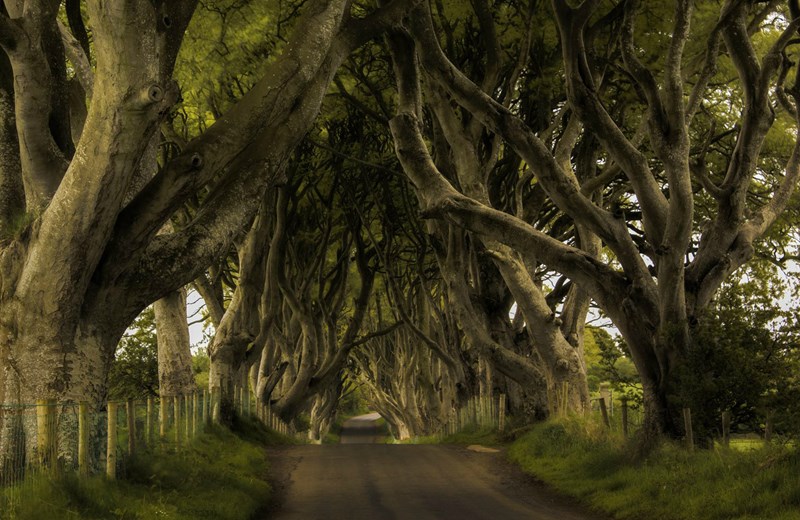 When we finally sat down to try and choose a winner for our Columbus Day competition (with an independent adjudicator, of course), we had no idea how hard it would be to pick a winner.

We asked you to submit your accidental holiday discoveries, and sifting through the hundreds of incredible entries we received was tough. We've seen it all now; hidden beaches, man-eating buckets and spades, incredible foods, bakeries that can only be accessed through tiny doors and neon-lit piazzas. We were hugely impressed.

However, the image that caught the adjudicator's eye was one submitted by Kevin Sutch, who went on his own Game of Thrones-style mission after taking a wrong turn. Here's what he had to say about his accidental discovery...

"Some years ago, on a road trip in Ireland, I was heading to the Antrim Coast and took a wrong turn. It was probably the most unusual, spectacular wrong turn of my life. It turns out that the same location was later used for filming Game of Thrones - but I discovered it first!"

If that's not a claim to fame, we don't know what is. Congrats, Kevin - you've bagged a brand-spanking new iPhone6.

You can see all of the submitted entries on our Facebook page, and search for the #WeLiveNow hashtag on Twitter to see the entries submitted via the tweeters out there.

We'd like to thank everyone who took part in the competition - your entries were superb, and we loved reading all of your stories. We'll be running more competitions in the run-up to Christmas, so please keep an eye on the site.

← How to keep your home secure during the Christmas holidays

Part one of the complete guide to driving Route 66 →