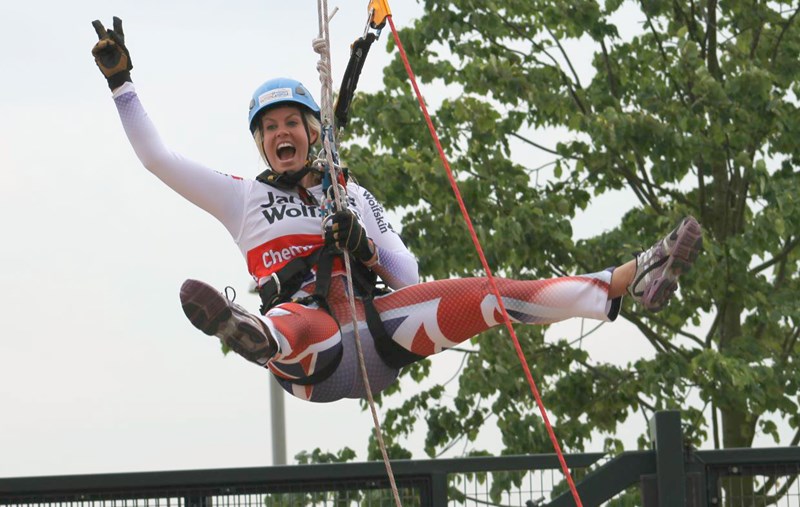 When we were invited along to watch Olympic champion Chemmy Alcott abseil down the ArcelorMittal Orbit with her husband, alpine skier Dougie Crawford, we immediately said yes.

Chemmy's not content to enjoy a slower pace of live now she's retired, and after tackling The Arctic Circle Race, she's turning her hand to challenges closer to home. We grabbed a few words with the catsuit-clad skier as she and Dougie waited at the top of the Orbit for their slot to abseil down. Both were cool, calm and collected - although they admitted that the harnesses that they had been strapped into were 'problematic' at the best of times. 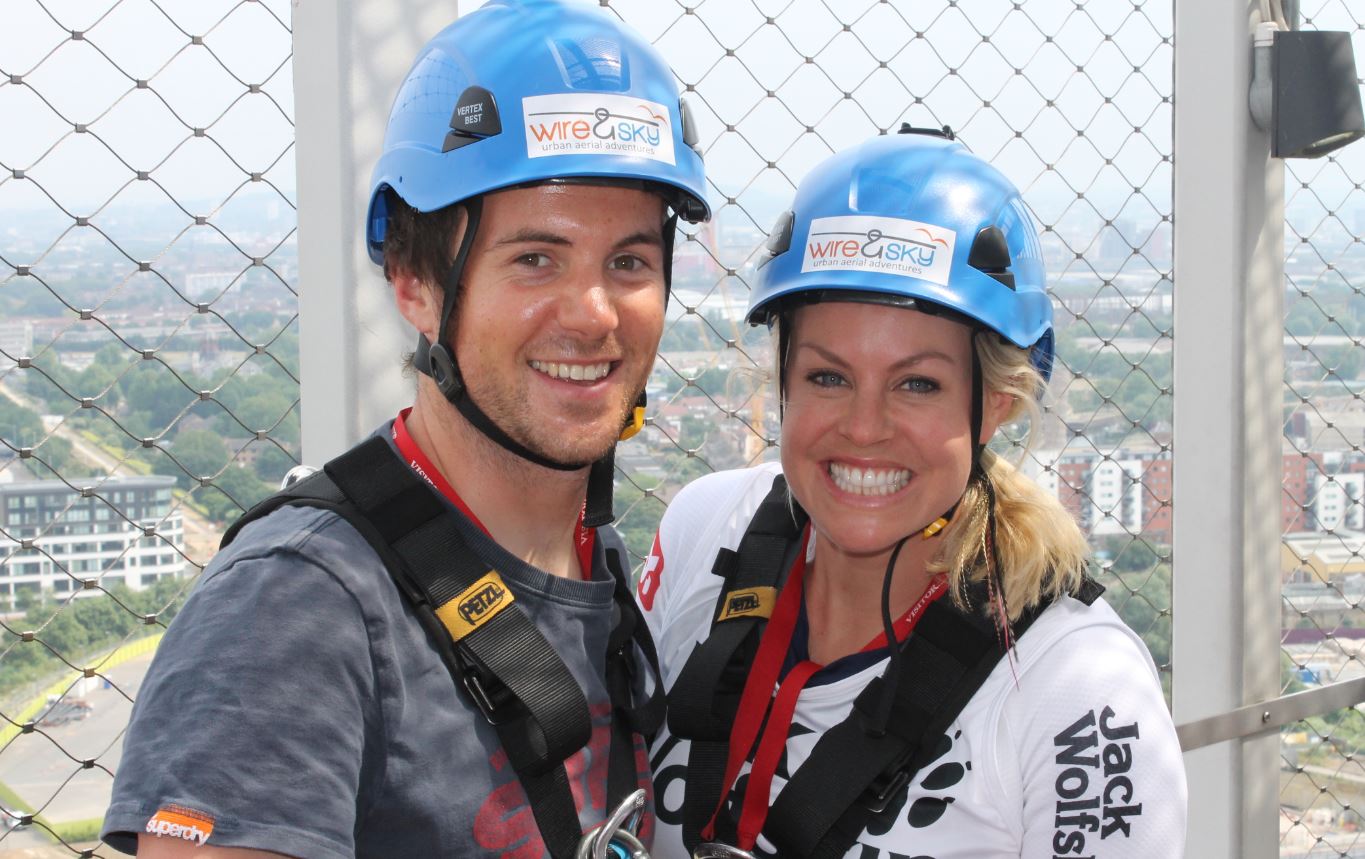 "I was here a few months ago to do yoga at sunrise, so I mentioned my interest in returning after the yoga session ended," Chemmy said. "A few days later, I was invited back to abseil down the side of the Orbit - and I definitely wouldn't say not to such a challenge!"

Chemmy and Dougie's descent down the side of the 80 metre high iconic sculpture started with them being able to place their feet on an underhanging ledge - but from then on, they were freefalling, controlling the speed of their descent by themselves. They completed their abseil in just a few minutes, and reached the ground at similar times after pausing occasionally to take in the view. 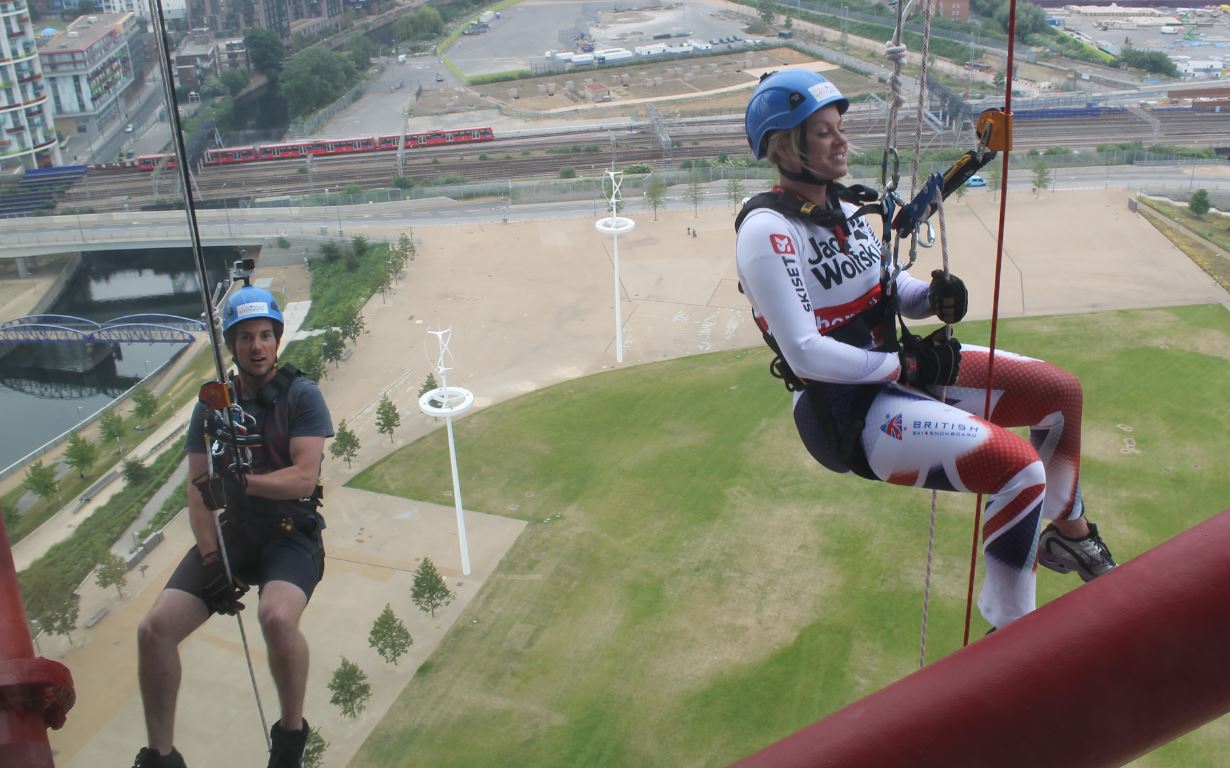 "I would say to anyone - come up here for the view alone," Chemmy said. "Everyone remembers The Orbit from the 2012 Games, and it's so much fun to see London from the open air - I didn't know whether to abseil quickly, for the thrill and the speed, or to descend slowly and take the views in. It was a fantastic experience."

Chemmy's totally immersed in our #WeLiveNow philosophy - and we want you to join us. From running to work, taking a yoga class or trying something totally new, we believe that everyone can live in the moment. We want to see your pictures of new experiences - just tweet us or upload your pictures to Instagram, and use the #WeLiveNow hashtag. Get out there and live - just like Chemmy.